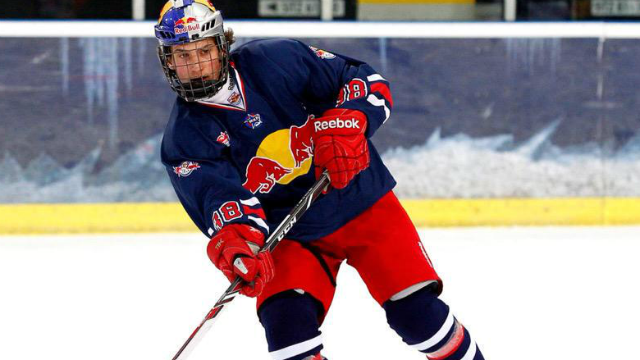 EVERETT, Wash. – The Everett Silvertips (@WHLSilvertips) and general manager Garry Davidson announced today that the club has claimed center Dario Winkler off waivers from the Brandon Wheat Kings. Winkler is expected to report to Everett, filling one of two import roster spots. Defenseman Alexander Scherbakov has been placed on waivers.

“Dario is a right handed center carrying skills as a good puck handler with a powerful skating stride,” said Davidson. “He has good hockey sense – a tribute to his development from a great program. The potential is there for him to be a difference maker at this level.”

Winkler, 18, was Brandon’s second round selection in the 2015 CHL Import Draft and has suited up in two WHL games this season. The 5-foot-10, 170-pound pivot from Austria skated with EC Salzburg in the MHL last season, collecting two goals and an assist in 13 games. He also suited up in ten combined games with Austria’s Under-18 and Under-20 programs, earning eight points (4g-4a). He helped guide the Under-18 club to a gold medal at the World Junior Championships last season, and was named top player on the squad during the 2013-14 campaign.

That season, Winkler was second in club scoring with EC Salzburg’s Under-18 club for the Red Bulls Hockey Rookie Cup circuit with 29 points (13g-16a) in 22 games.

The Silvertips return to play on Friday, visiting the Portland Winterhawks at Veterans Memorial Coliseum which starts at 7:00 p.m. (1520 KKXA/WHL Live). Pregame coverage will start on radio at 6:30 p.m.