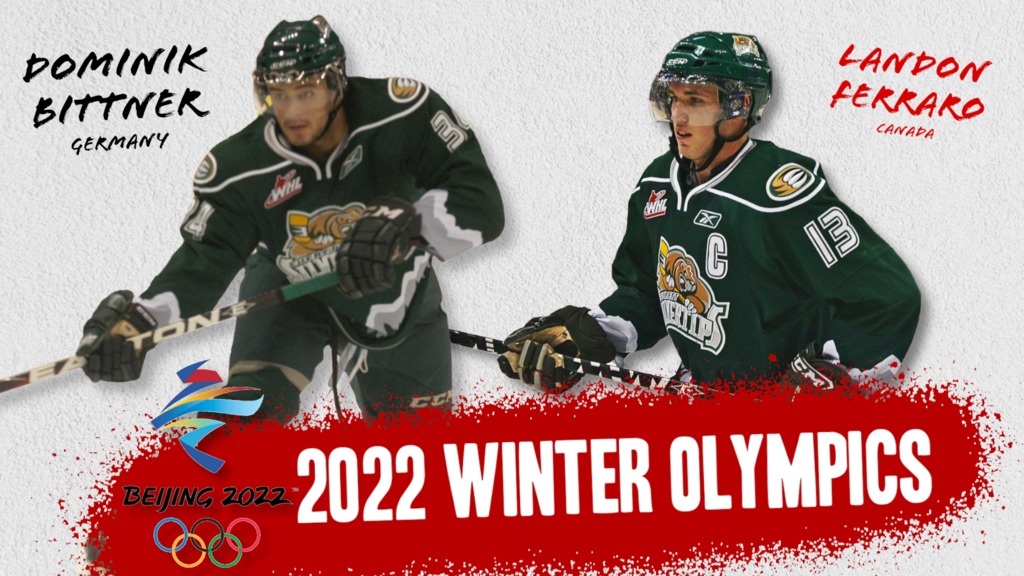 EVERETT, Wash. — Two more Everett Silvertips alumni are headed to the 2022 Winter Olympics in Beijing, as Dominik Bittner and Landon Ferraro have been named to the roster for Germany and Canada, respectively.

Bittner, a member of the 2011-12 Silvertips, skated in 72 total games between the regular season and WHL Playoffs, amassing four goals and 13 assists in his tenure. Since joining the pro ranks, he has played for 10 seasons in Germany’s DEL, accumulating 19 goals and 55 assists in 377 games played. Bittner first represented Germany on the international stage in the 2009 U-18 World Junior Championship. He then played on the German U-20 World Junior Championship team in 2010 and 2011. Bittner was also a member of Germany’s IIHF World Championship team last year.

Ferraro was acquired in a trade from the Red Deer Rebels prior to the 2010-11 season, and was later named the eighth captain in franchise history. Ferraro played in 41 games that season, netting 10 goals and adding 17 assists. Selected 32nd overall in the 2009 NHL Draft, Ferraro played in four NHL seasons, tallying seven goals and five assists in 77 games. He also posted 183 career points in 354 AHL games. This will be the first time Ferraro has represented Hockey Canada since the 2009 U-18 World Junior Championship, in which Ferraro recorded two goals and two assists in five games.

Bittner and Ferraro join Mirco Müller (Switzerland) as former Silvertips to be named to an Olympic roster. Former Silvertip Tyler Dietrich has been named to Hockey Canada’s coaching staff as an assistant coach.