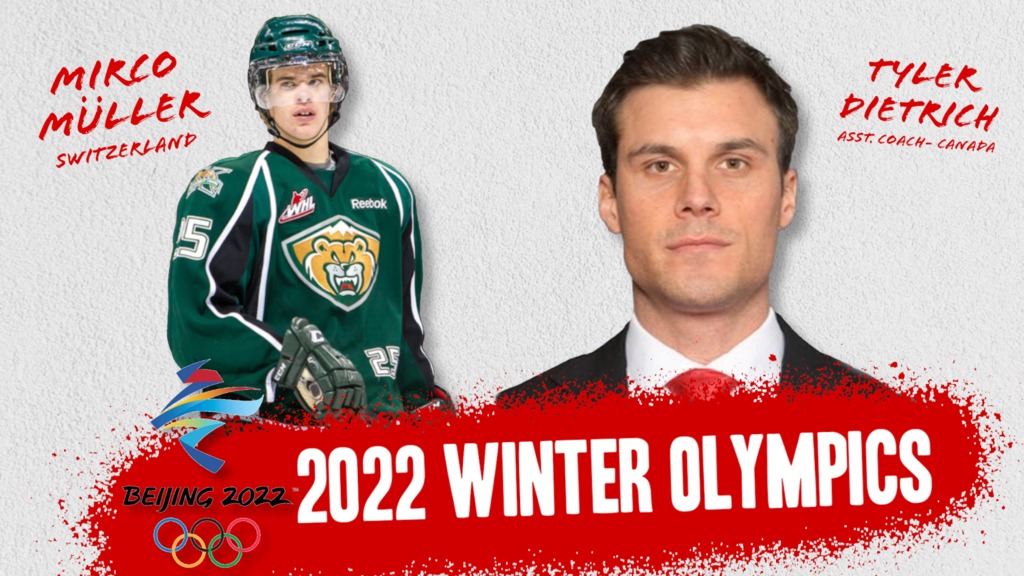 EVERETT, Wash. — The Everett Silvertips will have two alums in Beijing for the 2022 Winter Olympics. Tyler Dietrich and Mirco Müller will represent Canada and Switzerland respectively in ice hockey at the Olympic Games in February.

Müller will skate on the blueline for Switzerland at the upcoming Games. Müller appeared in 123 games with the Silvertips over the course of two seasons from 2012-14, collecting 11 goals and 47 assists. Selected 18th overall in the 2013 NHL Draft by the San Jose Sharks, he played in 185 NHL games through six seasons before returning to Switzerland this season to play for HC Lugano. This will be Müller’s sixth time representing Switzerland on the international stage, first appearing at the World Junior U-18 Championship in 2012-13, skating in the World Junior Championship twice in 2014 and 2015, plus appearing in two IIHF World Championships in 2017-18 and 2020-21.

Switzerland plays its first game on Feb. 9 against Russia. Canada will open its schedule on Feb. 10 against Germany.