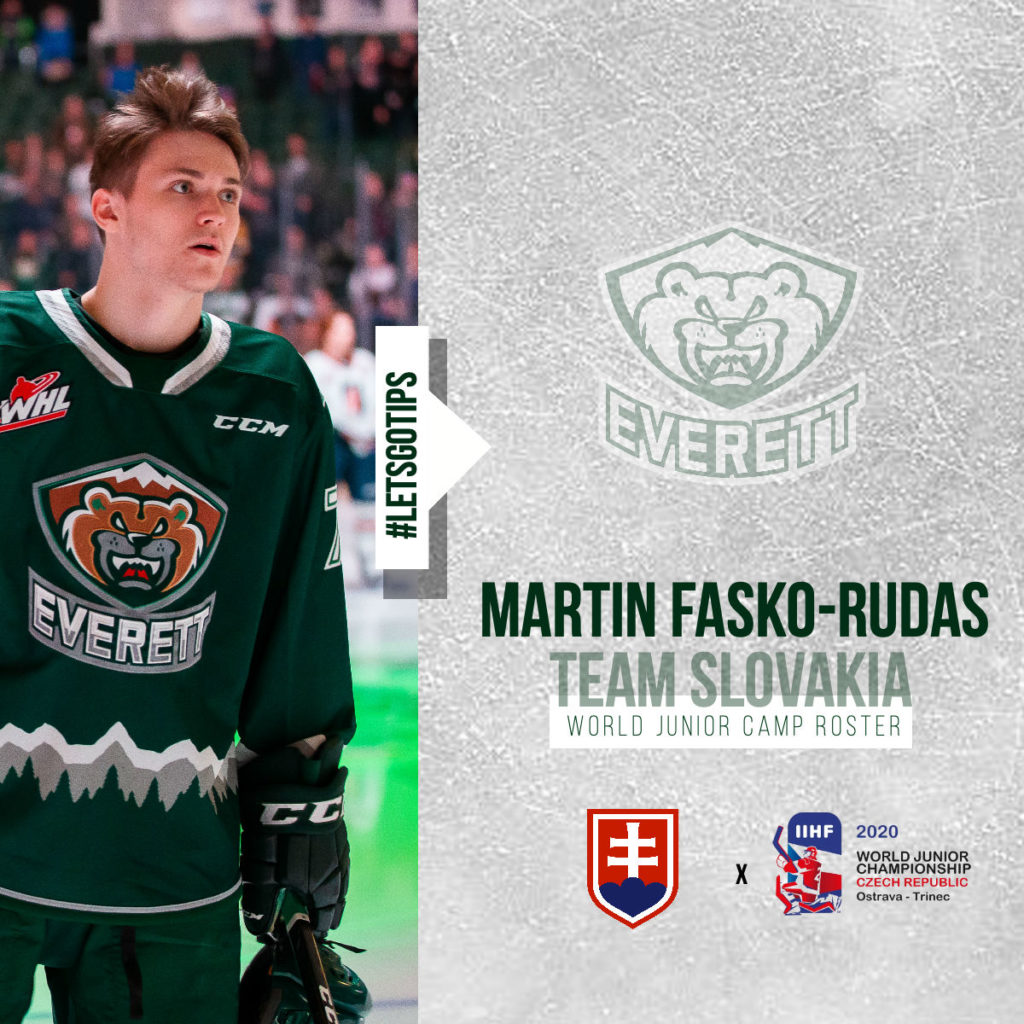 Fasko-Rudas is one of 30 players competing for a spot on Team Slovakia’s final roster, who will compete in Group A for round robin competition and open the tournament on Dec. 27 against Kazakhstan at Werk Arena.

Fasko-Rudas, 19, has collected four goals and four assists in 17 games with the Silvertips this season and last year hit career highs in goals (15), assists (16), and points (31) in his second WHL campaign with Everett. He has helped guide the Silvertips to a pair of U.S. Division titles and was a part of the Silvertips Western Conference title squad in 2017-18 when he earned five goals and three assists in 20 postseason games.

The native of Banska Bystrica, Slovakia earned Bronze Medal with the Slovakia U18 squad and suited up in four games with Slovakia at the 2017-18 Hlinka Gretzky Cup. He has competed in 147 career games, all with the Silvertips, earning 54 points (25g-29a) and a +16 rating.

UP NEXT: The Tips finish their five-game road stretch against the Portland Winterhawks on Friday, 7:00 p.m (KRKO / WHL Live) at Moda Center. The Tips open a homestand this Saturday for Teddy Bear Toss presented by Ace Hardware against the Vancouver Giants, 7:05 p.m. in downtown Everett. Tickets are on sale with a large crowd expected, available at the link below. The game will also host the next Chick-fil-A Fan 4 Pack, offering 4 tickets and 4 sandwiches for as low as $56.