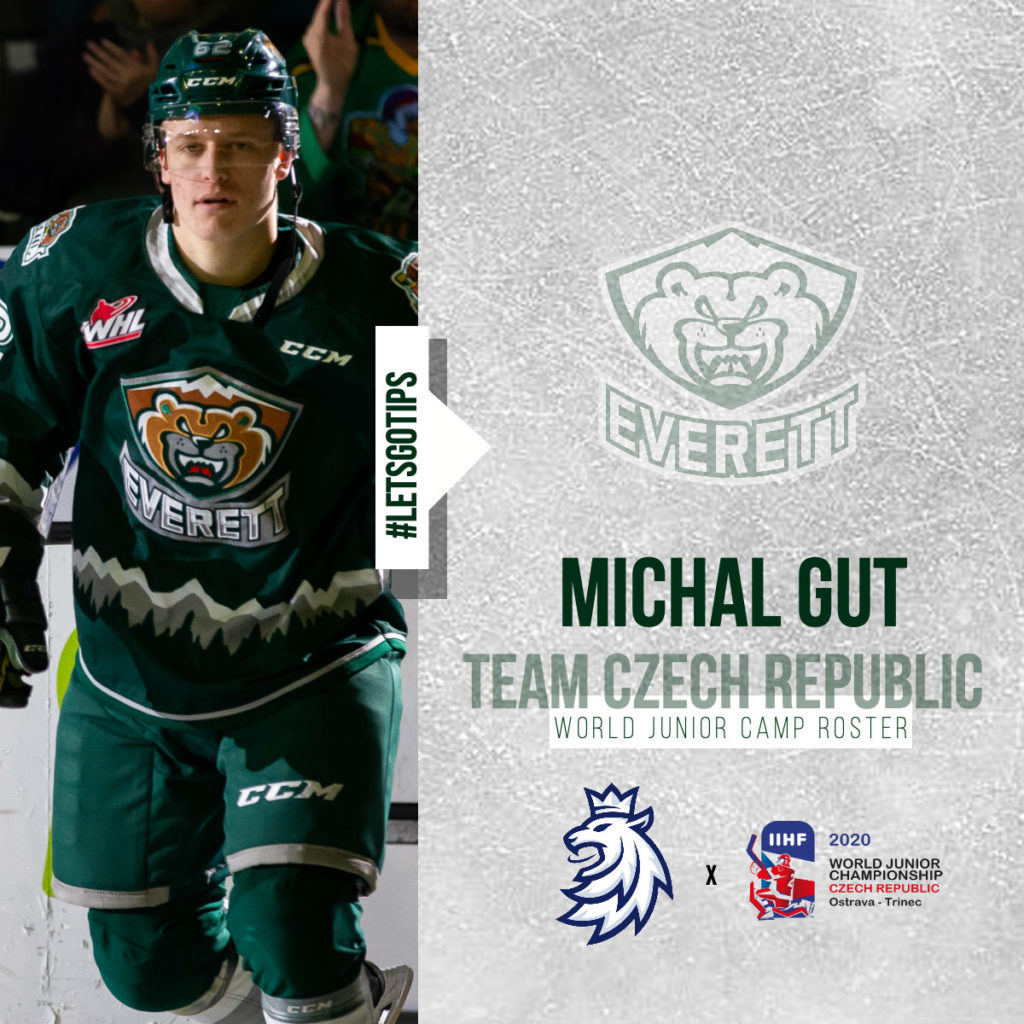 The 2002-born forward was selected by the Silvertips in the first round (57th overall) in the 2019 Canadian Hockey League Import Draft and led Czech Republic’s U18 squad with four points and three goals in four games at the 2019 Hlinka Gretzky Cup. He was tied for third on Pirati Chomutiov (Czech U19) with 34 points in 33 games last season, additionally ranking fifth with 20 assists while adding four points in five playoff games and tying the club lead with three postseason goals.

The 5-foot-10, 174 pound forward additionally suited up in ten games with Pirati Chomutiov’s Czech Extraliga club, and represented the Czech Republic at the World U17 Hockey Challenge with a goal in five games. The season prior, Gut racked up 38 points (19g-18a) in just 19 games for Pirati Chomutiov’s U16 club, and was second on the U18 program with 40 points (19g-21a) in 33 games while ranking second with a +17 rating.

Team Czech Republic will participate in Group B for round robin competition, pooled with the United States, Russia, Canada, and Germany, and will open the tournament on Dec. 26 against Russia (check local listings).

Gut is expected to be available for the Silvertips through Sunday, Dec. 9 and depart for Czech Republic camp afterward.

UP NEXT: The Tips continue their road trip on Friday at 5:05 p.m. PT (KRKO / Tips App) against the host Swift Current Broncos at Credit Union iPlex and return home for Teddy Bear Toss presented by Ace Hardware on Saturday, Dec. 14 against the Vancouver Giants, 7:05 p.m. in downtown Everett. Tickets are on sale with a large crowd expected, available at the link below. The game will also host the next Chick-fil-A Fan 4 Pack, offering 4 tickets and 4 sandwiches for as low as $56