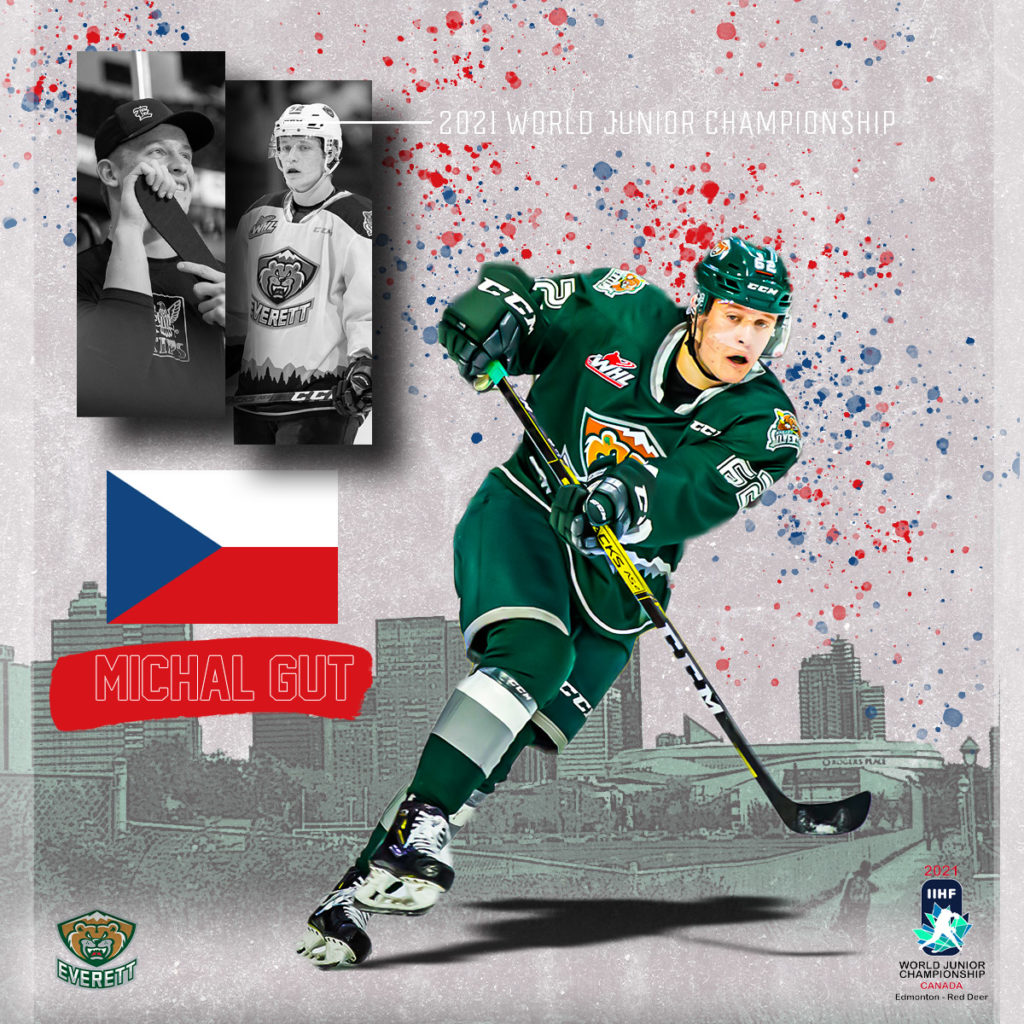 Gut, 18, is set to compete at Edmonton with his first trip to the U20 event in his career. The 2021 IIHF World Junior Championship will be televised in the United States on NHL Network. He joins goaltender Dustin Wolf (United States) and defenseman Kasper Puutio (Finland) as fellow Silvertips competing in the event.

The native of Kadan, Czech Republic is on loan from the Silvertips to HC Banik Sokolov (2nd Czech Republic) and ranks second on the program with seven goals and is fourth with 11 points in eight games. Last season, he earned Silvertips Rookie of the Year honors and was ninth among WHL rookies with 36 points (13g-23a) in 51 games, also ranking third on the Silvertips in face-offs won (403), tied for fourth in game winning goals (4), and a +15 rating. Gut earned a trio of three-point games and ten times had a multi-point game.

At the U18 level where he served as captain in the Czech Republic program last season, Gut had seven points in seven games of competition, including four points in four games at the Hlinka Gretzky Cup. In 49 games of international competition for his career, he has 35 points (15g-20a).

Gut is eligible for the 2021 NHL Entry Draft and will be entering his second season with the Silvertips.

Czech Republic will open the tournament on Saturday, Dec. 26 against Sweden at 11am PT (TSN/NHL Network).