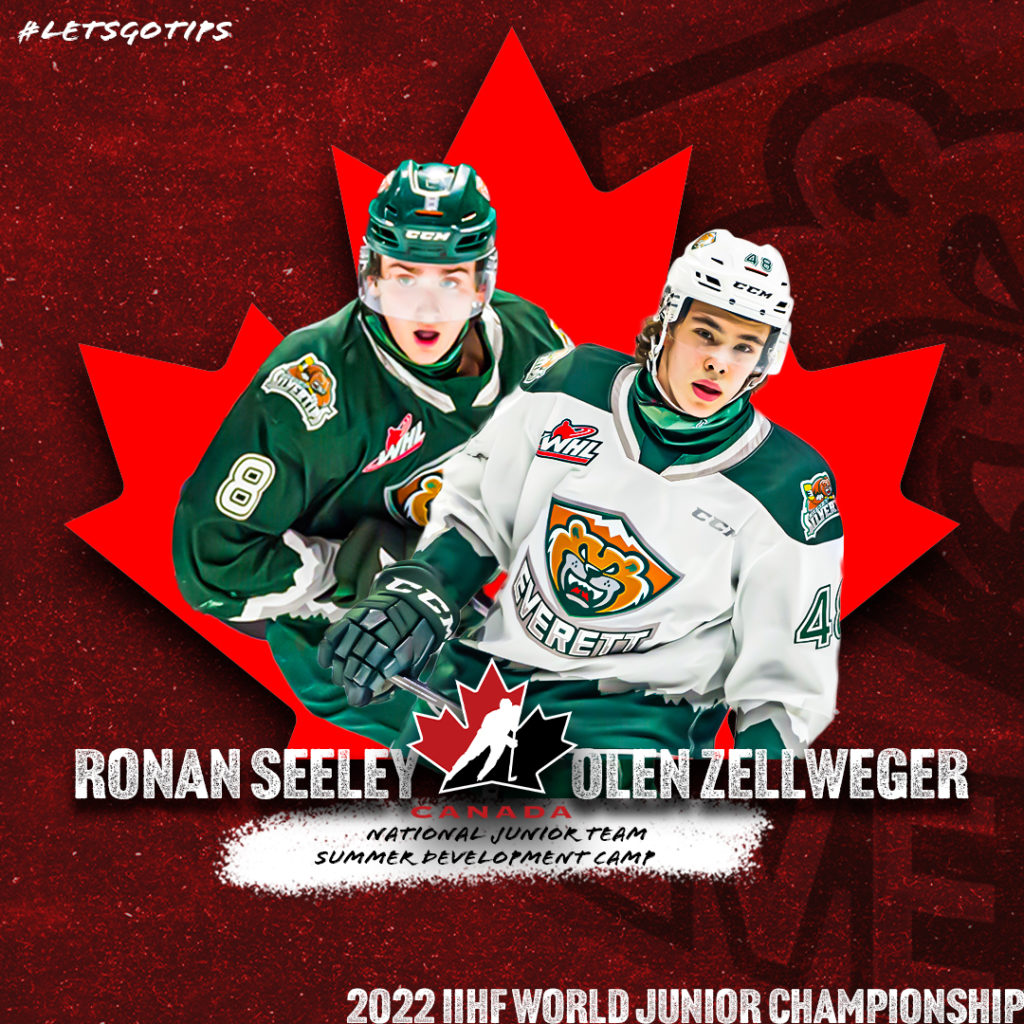 Both players, joining Silvertips general manager and head coach Dennis Williams (Team Canada assistant coach), and Silvertips alumnus and hockey operations senior manager Tyler Dietrich, will be among 51 players invited to attend the camp, spanning eight days to provide various on and off-ice sessions and intrasquad games against the program’s Men’s Summer Under-18 Team for two days. The event serves as preparation for Team Canada roster selection for the 2022 IIHF World Junior Championship, in Edmonton and Red Deer coming up in December and January.

Seeley, who turns 19 on Aug. 2, this past season tied for the Silvertips lead among defensemen with 17 points (5g-12a) in 23 games and led the entire program with a +18 rating. He earned six power play points, four power play assists, and scored a game-winning goal as part of a Silvertips team that won the U.S. Division with a 19-4 record (38 points).

The native of Olds, Alberta has 51 points (9g-49a) and a +51 rating in 138 career WHL games, all with the Silvertips, and has skated for two U.S. Division championship clubs. He has Team Canada experience at the 2018 World U17 Hockey Challenge, suiting up in five games for Canada-White. Seeley was selected by the Carolina Hurricanes in the seventh round of the 2020 NHL Entry Draft.

Zellweger, a 2003-born defenseman ranked 45th by NHL Central Scouting (North American skaters) and 54th overall by TSN ahead of the 2022 NHL Entry Draft, appeared in 11 games this past season for the Silvertips and earned 13 points (2g-11a), five power play assists, and one game-winning goal. He left the Silvertips for the remainder of the shortened season to help Team Canada capture the gold medal at the Under-18 World Championships, where he tied the program’s lead among defensemen with eight points (1g-7a) in seven games.

Team Canada at the 2022 IIHF World Junior Championship will be led behind the bench by Head Coach Dave Cameron along with Williams in the assistant coach role, in addition to Michael Dyck, Louis Robitaille, goaltending consultant Olivier Michaud, and Program of Excellence management group lead Allan Millar.