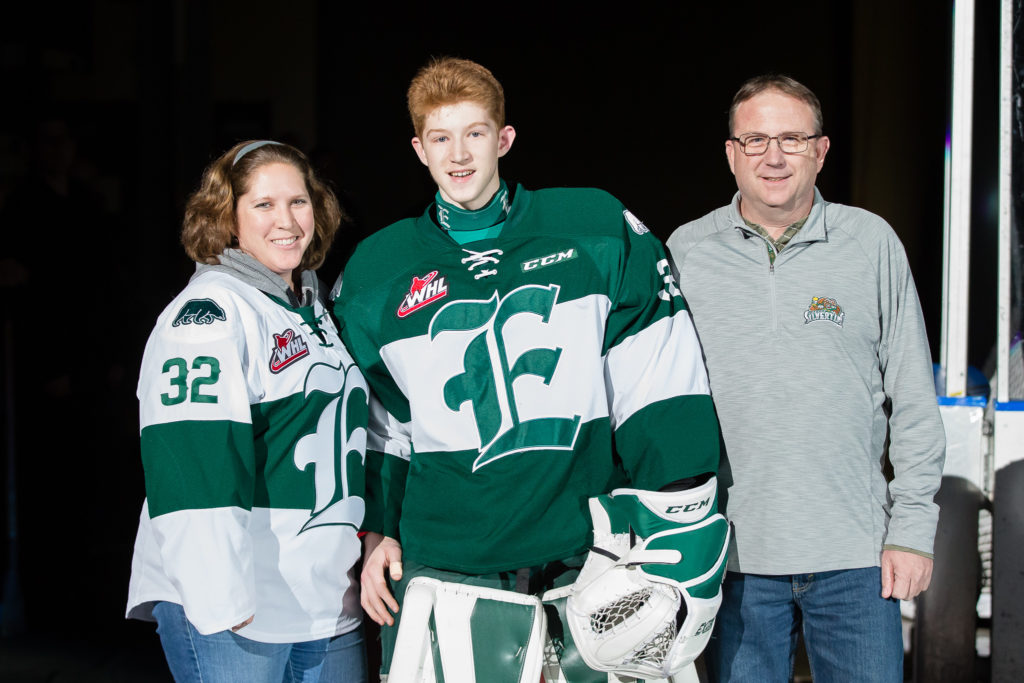 EVERETT, Wash. – Rookie goaltender Dustin Wolf has been named the Everett Silvertips Player of the Month for November, it was announced by the team in conjunction with Silvertips education coordinator Darren Parsons. Each month through the season, a player is recognized for continued improvement and excellent overall performance in the classroom.

“Dustin Wolf is an outstanding student who is a role model off and on the ice,” said Parsons. “He is currently a 4.0 student who excels in all subjects. Dustin’s work ethic and determination has propelled him to be at the top of his online academic institution. He is currently taking English, Science, algebra and English is overall average is 96 percent. Congratulations, Dustin.”

Wolf, 16, is 3-1-0-0 in four career appearances to start his rookie campaign, earning a .952 save percentage and 1.75 goals-against-average. He also has two assists and was named WHL and Canadian Hockey League Goaltender of the Week for the week ending Oct. 29.

The native of Tustin, Calif. was originally selected by the Silvertips in the 2016 WHL Draft, fifth round (104th overall).

2017-18: SILVERTIPS SCHOLASTIC PLAYERS OF THE MONTH

The Silvertips enter this week one point behind first place in the U.S. Division and return to play on Friday, visiting the Spokane Chiefs at 7:05 p.m. (1380 AM / FM 95.3 / WHL Live). The Silvertips return home Saturday, 7:05 p.m. vs. Prince George. Silvertips tickets are available at www.everettsilvertips.com/tickets, by phone at (425) 252-5100, or in person at the XFINITY Arena box office.