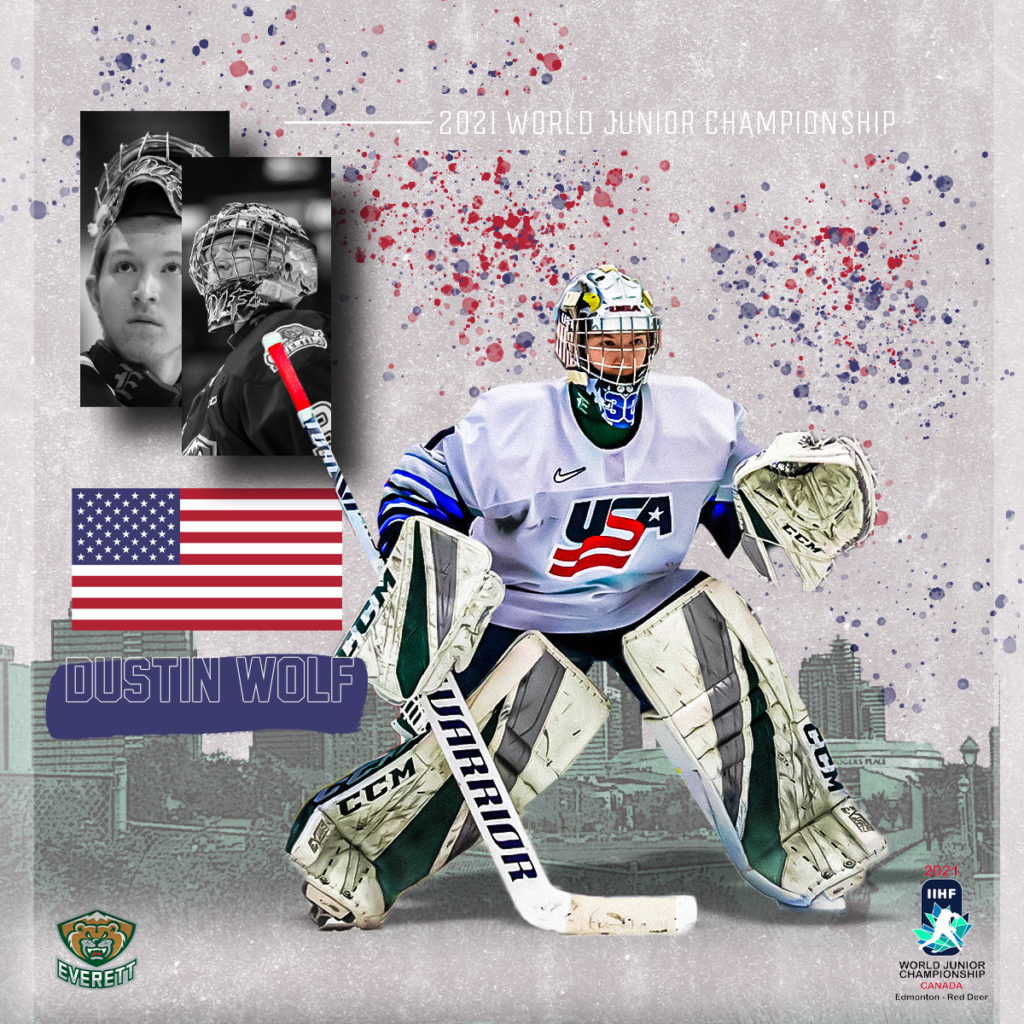 Wolf, 19, is set to make back-to-back appearances in the tournament with Team USA, who carries a 25-man roster comprised of players born in 2001 or later, from 17 different states. He is one of eight players making a return trip to the squad, aiming to capture their first gold medal since 2016-17.

“Our players and staff have done everything we’ve asked of them, all of the safety protocols and considerations, in order to make hockey the focus of our training camp,” said John Vanbiesbrouck, general manager of the 2021 U.S. National Junior Team and also the assistant executive director of hockey operations for USA Hockey. “We had a great week of camp and we have certainly faced adversity, but we believe in these 25 players and we all have the same goal.”

Selected by the Calgary Flames in the seventh round of the 2019 NHL Draft, he signed a three-year, entry level contract with the Flames on May 1 after he finished as leader or tied for the WHL lead in four goaltending categories: wins, shutouts, save percentage, and goals-against-average while, was named Silvertips co-Most Valuable Player and twice was named WHL Vaughn Goaltender of the Month last season. With Wolf between the pipes, the Silvertips reached the top of the WHL’s U.S. Division and Western Conference with a 44-12-3-1 record through 60 games, good for 92 points and finishing the season with victories in 13 of their final 14 games, a 46-13-3-1 record, 96 points – second most in the U.S. Division and entire league. He led the WHL in goals-against-average (1.88), shutouts (9), save percentage (.935), and tied Joel Hofer of Portland for the league lead in wins (35), going 34-10-2-0 in 46 games.

Wolf is 88-31-4-2 in 127 career Silvertips and WHL games with a .934 save percentage, 1.85 goals-against-average, and 20 shutouts. He needs seven shutouts to set a new Silvertips and WHL career record, currently shared by Hart and Tyson Sexsmith of Vancouver (26). The 6-foot, 161-pound goaltender was the fifth consecutive honoree from the Silvertips as Western Conference Goaltender of the Year.