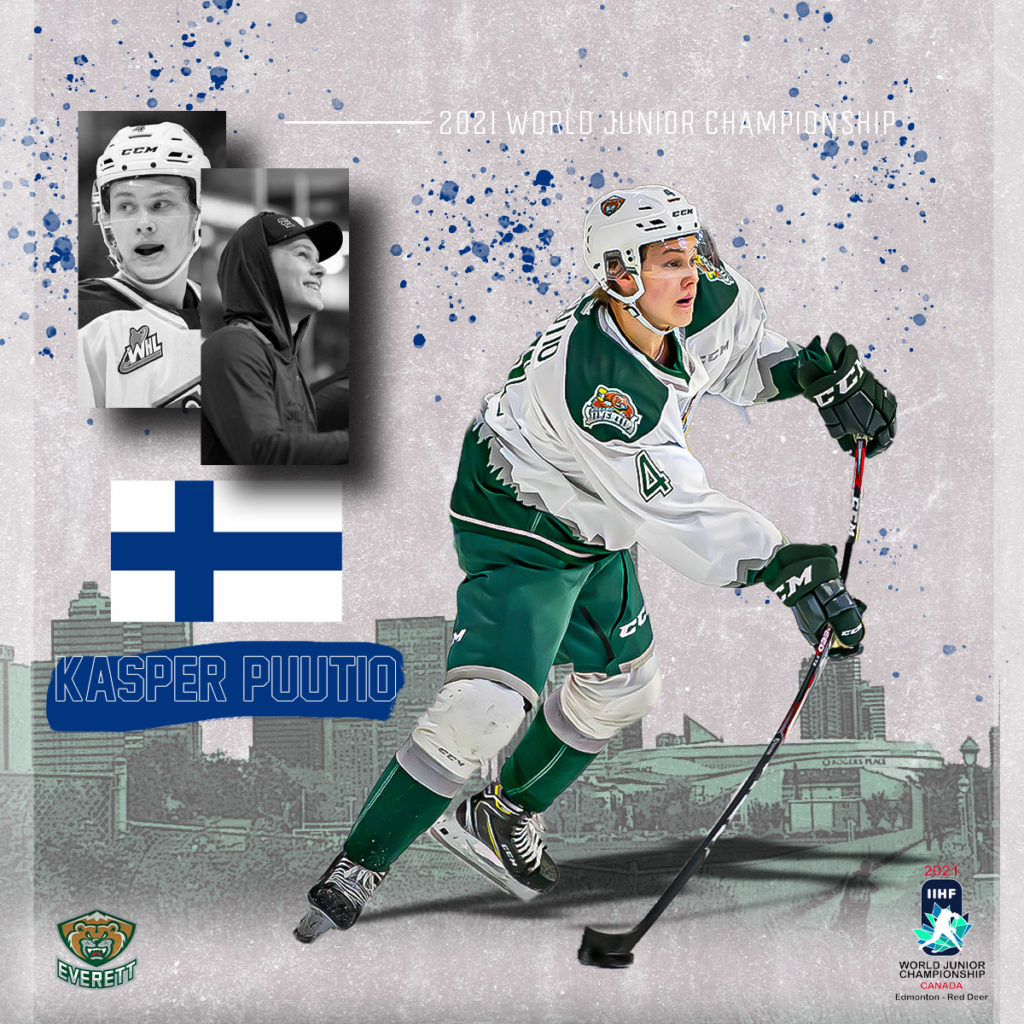 Puutio, 18, is set to pursue a gold medal in the tournament, last achieved by Silvertip representation in the 2018 tournament when goaltender Carter Hart, currently suiting up for the Philadelphia Flyers of the National Hockey League, was the winning goaltender in net when Team Canada captured the gold medal in Buffalo, N.Y. Finland will compete in Group A to begin “round robin” style of play along with Canada, Switzerland, Slovakia, and Germany.

The native of Vaasa, Finland was selected by the Florida Panthers in the fifth round (153rd overall) of the 2020 NHL Entry Draft after registering 28 points (5g-23a) in 56 games with the Silvertips and Swift Current Broncos, his rookie WHL season. He earned 12 points in his first 21 games as a Silvertip after being acquired from Swift Current on Jan. 10 with forward Ethan Regnier in exchange for forward Martin Fasko-Rudas, defenseman Parker Hendren, and two WHL Draft selections.

The first overall selection in the 2019 CHL Import Draft, Puutio skated in the CHL / NHL Top Prospects Game in 2019-20 and is currently on loan to Kärpät (Liiga) in Finland where he has a goal in eight games and has also suited up in a pair of games with their U20 program. Before last season, he had three assists in three games with Finland’s U18 squat at the Hlinka Gretzky Cup.

Puutio finished +13 in his final 21 games of 2019-20 season as a Silvertip, drilled a pair of power play goals, and scored full-length of the ice, empty net goal against the Prince George Cougars in a Feb. 21 victory. Puutio had points in six of the last eight games on the blueline, and after Feb. 15 earned 11 points in 12 games. Twice, he had a career high three points in one game, all on assists.

The 2021 IIHF World Junior Championship will be televised in the United States on NHL Network (check local listings). Finland is scheduled to open the tournament on Christmas Day, 3pm PT against Germany.