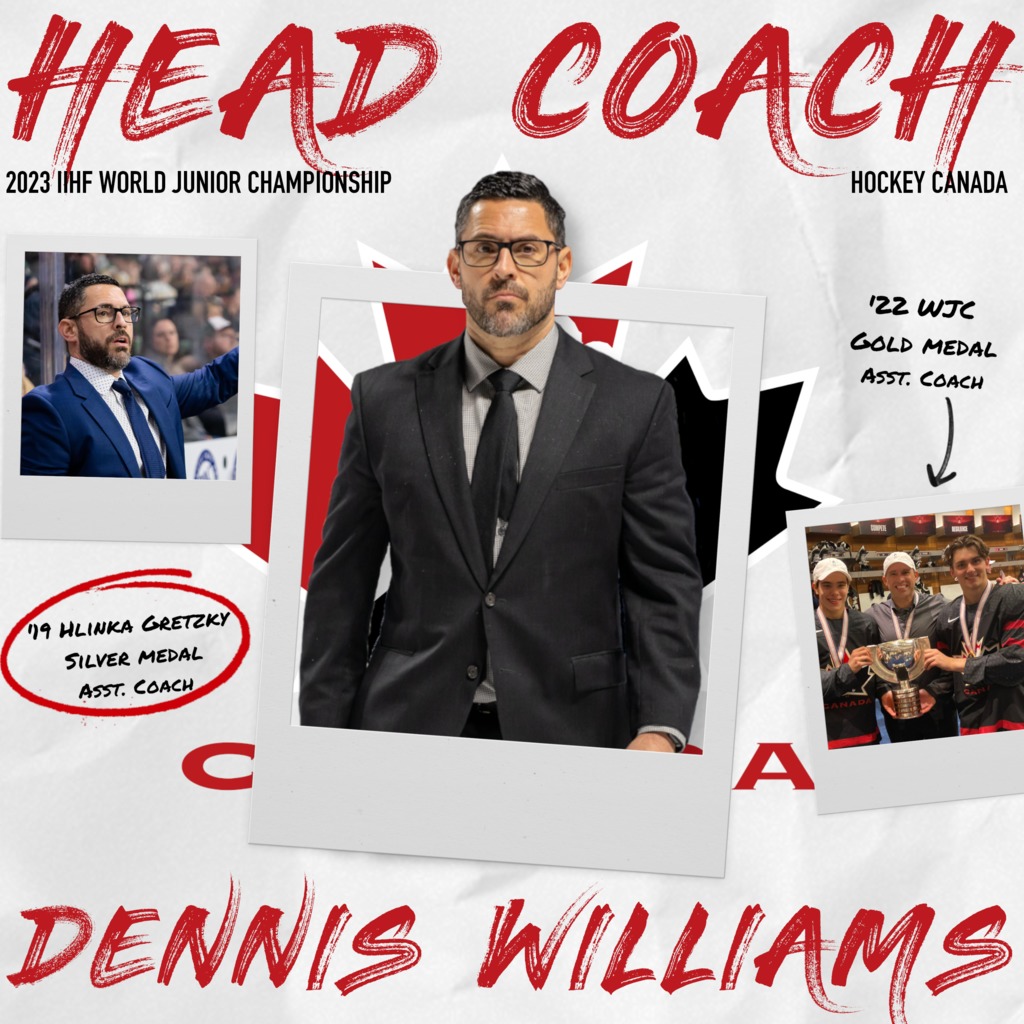 The coaching staff was selected by Alan Millar (Tottenham, Ont.), director of player personnel, James Boyd (Midland, Ont./Ottawa, OHL), who returns as the U20 lead for the Program of Excellence management group after helping assemble the team that won gold at the 2022 IIHF World Junior Championship, and Scott Salmond (Creston, B.C.), senior vice-president of hockey operations.

“We are thrilled to welcome back Dennis and James following a gold medal at the 2022 World Juniors to help bring momentum and consistency from our success in the summer,” said Millar. “We are also excited to welcome Stéphane, Brent, Alan, Kelly and James, as each coach brings a wealth of experience and success from the Canadian Hockey League and international levels. We believe we have assembled a world-class coaching staff that will play a large part in defending our gold medal on the East Coast starting next month.”

“The coaching and support staff for Canada’s National Junior Team is a well-rounded, experienced group that have been integral to the recent success of Hockey Canada’s national teams,” said Salmond. “We know these individuals will play a major role in the success of our team at the World Juniors as we look forward to the opportunity to once again compete for a gold medal on home ice in Halifax and Moncton.”

Canada’s National Junior Team will gather at the Avenir Centre in Moncton for a four-day selection camp, Dec. 9-12, before selecting a final roster ahead of the 2023 IIHF World Junior Championship. The selection camp roster will be announced in the coming weeks.