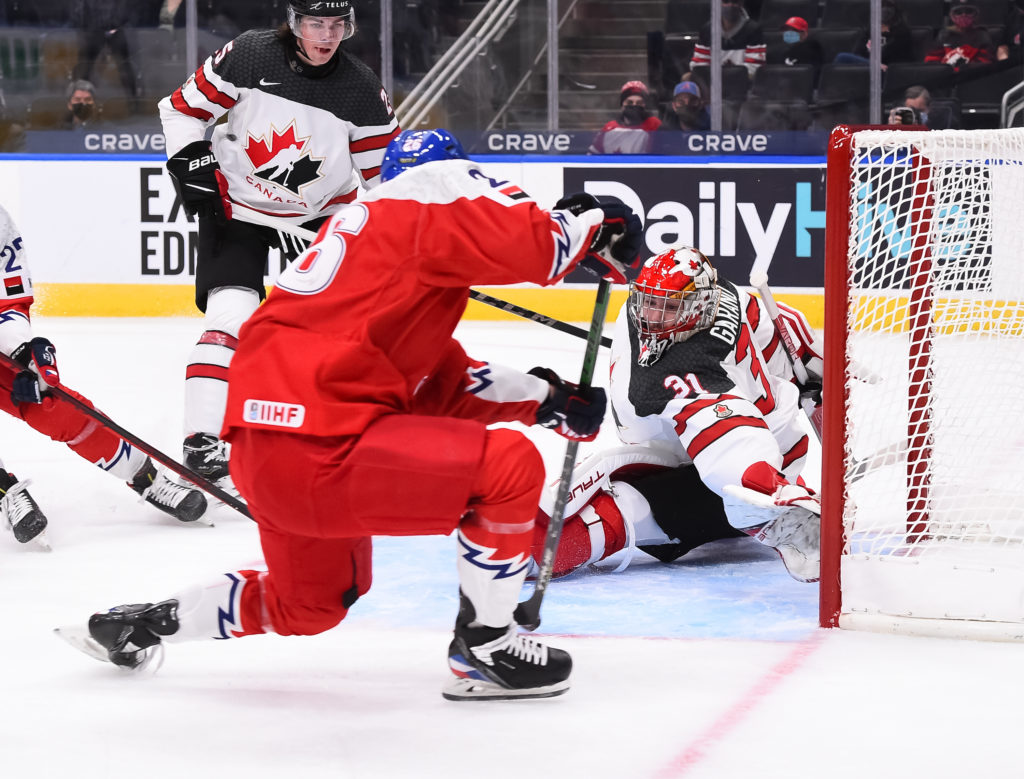 EDMONTON, Alb. — Michal Gut and Olen Zellweger both found the back of the net for their respective countries in a World Junior Championship battle heavily laden with Everett Silvertips, as Canada bested Czechia 6-3 at Rogers Place.

Gut tallied for Czechia to tie the game at one 7:42 into the first period, fielding a cross-slot pass and tapping a shot past Canadian goaltender Dylan Garand. He later assisted on a Stanislav Svozil goal to give Czechia a 3-1 lead at 12:23 in the first.

Canada would rally back and eventually take a 5-3 lead by way of an Owen Power hat trick. Zellweger would ice the game at 13:22 for Canada, wiring a wrist shot past Jakub Malek for his first goal of the tournament.

I WANNA KNOOOOOOW IF YOU SCORED THAT GOAL🎶#WorldJuniors x #LetsGoTipspic.twitter.com/wyzD14Y7tL

Gut would finish as the only Czech player with multiple points in the game. Zellweger ended with three shots-on-goal and a +1 rating to go along with his goal. Ronan Seeley also logged 16:38 TOI for Canada.