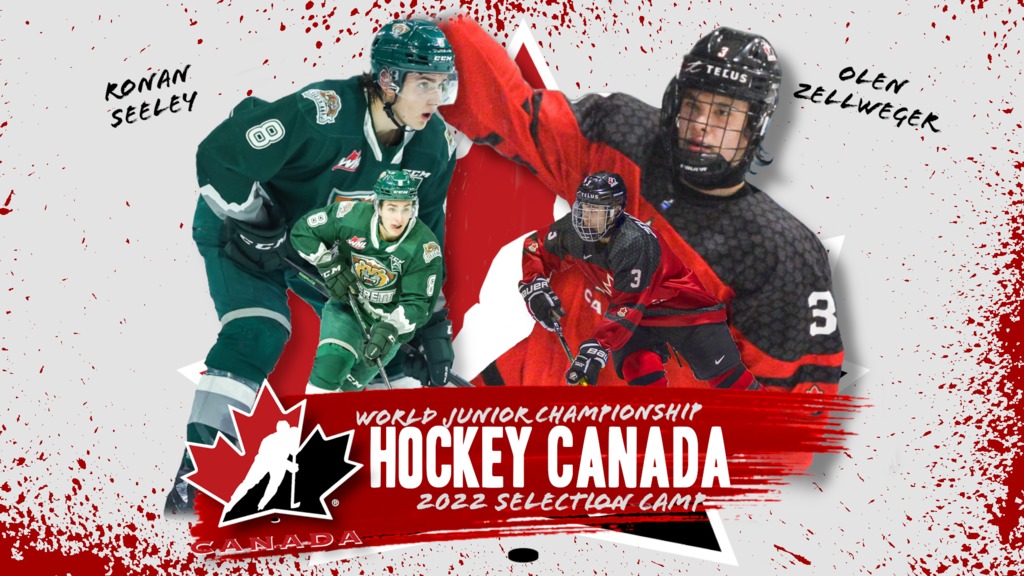 Seeley, an Olds, Alberta native, currently ranks second on the Silvertips in scoring with six goals and 15 assists. Having earned WHL Player of the Week honors once this season, he is riding a five-game point streak, tied for the longest of any player on the team this season (two goals, six assists over that stretch).

Zellweger, hailing from Fort Saskatchewan, Alberta, has six goals and 12 assists thus far on the 2021-22 season. He has logged points in 13 of the 17 games he has played this season for Everett. Zellweger represented Canada at the U-18 World Junior Championship last year, notching a goal and seven assists in seven games en route to a Gold Medal.

Further representing the Silvertips at World Juniors is Everett head coach and general manager Dennis Williams, who will be serving as an assistant coach for Hockey Canada.

Selection Camp will run from Dec. 9-12, 2021 at the WinSport Arena at Canada Olympic Park. It will include practices and two games against a team of U SPORTS all-stars on December 11 and 12 before the team heads to Banff, Alta., for a training camp, December 14-19.

The 2022 IIHF World Junior Championship begins on Boxing Day with Canada kicking off its tournament schedule against the Czech Republic. In addition to its opening-night match-up, Canada will also play Austria on December 28, Germany on December 29 and Finland on December 31 to wrap up preliminary-round action. All Team Canada games will be played at 5:00 p.m. MT.