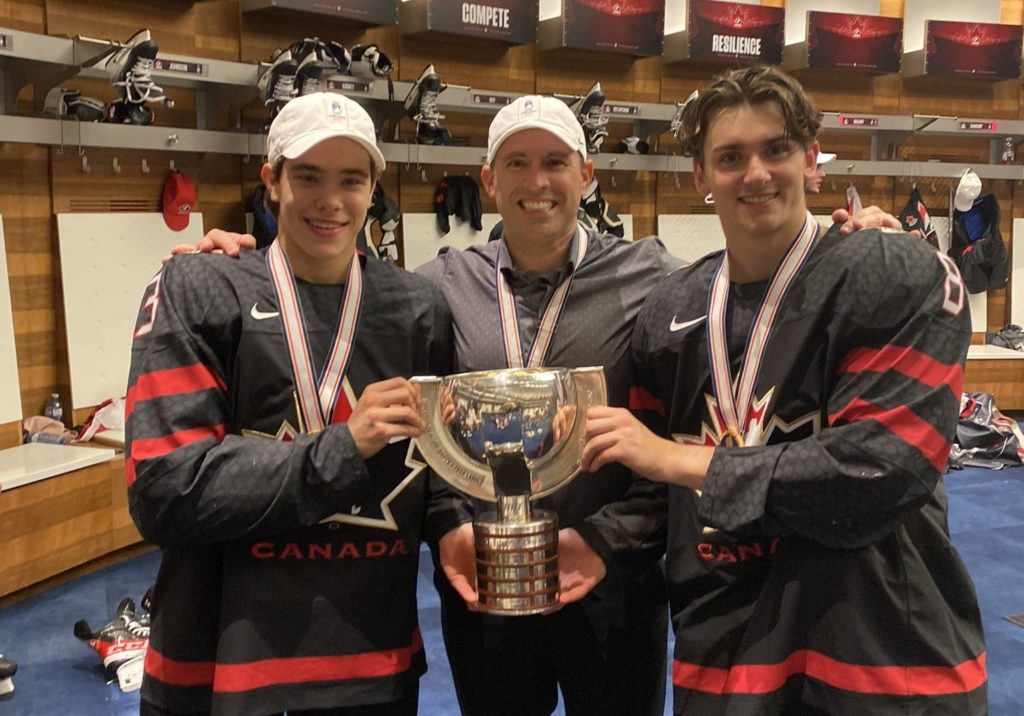 Seeley ranked as one of the best defensemen in the tournament, recording four assists and a +10 defensive rating- third-best amongst all World Juniors skaters.

Zellweger posted a historically good performance, logging two goals with nine assists for 11 points in seven games- one point shy of Alex Pietrangelo and Bryan McCabe’s record for points by a Canadian defenseman. His +14 rating defensively led all skaters in the tournament.

Finnish defenseman and Silvertips alum Kasper Puutio won Silver as a result of the contest. Puutio netted four goals with three assists in seven games on the blueline, with two of his four goals coming on the man advantage. It is the second medal that Puutio has won in the World Junior Championship, having placed bronze in 2021.

Czech forward Michal Gut played in the bronze medal game against Sweden, falling just short of a medal. Gut finished with three goals and two assists in seven games, all three tallies coming on the powerplay.

This is the second year in a row that the Everett Silvertips have had representation on the Gold Medal-winning team. Goaltender Dustin Wolf earned gold with Team USA in 2021.