Wylie Returned to the Tips from the Philadelphia Flyers 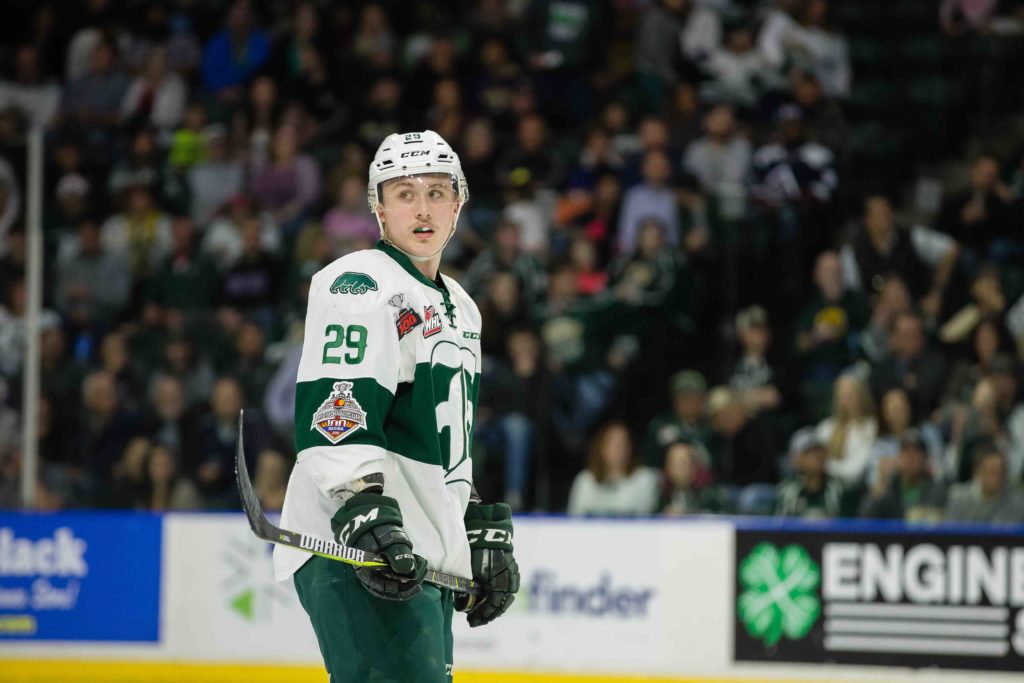 EVERETT, Wash. – Everett Silvertips (@WHLSilvertips) defenseman Wyatte Wylie has been returned to the roster of the Silvertips from the Philadelphia Flyers of the National Hockey League, Silvertips general manager Garry Davidson announced today.

Wylie, 18, comes off career highs in points (31), goals (6), assists (25), and plus-minus (+12) while never missing a game last season, sharing the Silvertips Iron Man award and claiming the Silvertips Most Improved Player award for 2017-18. His eight points (2g-6a) in 22 playoff games were tied for 10th among WHL defenseman, while ranking among WHL defensemen in the postseason: fourth in shots (47), and tied for fourth in plus-minus (+12).

The Everett native was selected by the Flyers in the fifth round (127th overall) of the 2018 NHL Draft.

Three Silvertips players who began this season in training camp are still currently skating with the following NHL teams:

Opening the Silvertips home schedule, which covers 34 games this season at Angel of the Winds Arena, is Opening Night against the Vancouver Giants on September 22 at 7:05 p.m. All fans will also witness the raising of the Silvertips sixth U.S. Division championship banner and second Western Conference championship banner to the rafters before the opening puck drop, and the first 5,000 fans at the doors will receive a collectible Silvertips magnet schedule, presented by Lamoureux Real Estate and Sound Transit. Season Tickets and Mini-Plan Packages are available at www.everettsilvertips.com/season. Opening night for the Tips 2018-19 season is Friday, Sept. 21 at Vancouver (7:35 p.m., 1380 AM / 95.3 FM KRKO).