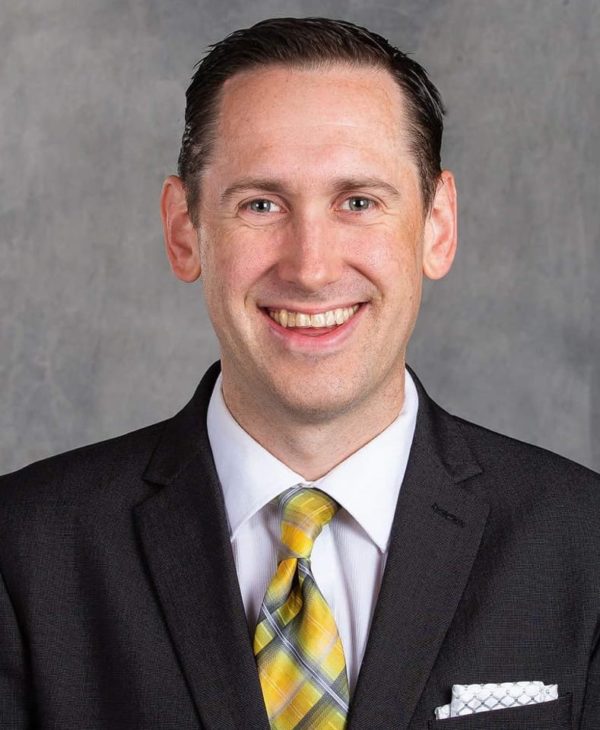 Mike Benton (@Benton_Mike), 38, enters his 15th season behind the microphone in hockey and fifth as “Voice of the Silvertips,” handling all regional play-by-play coverage of the Silvertips on KRKO 1380 AM and 95.3 FM, and serving as host of the weekly “Silvertips Hockey Show” on everettsilvertips.com. When off the air, he also drives the organization’s initiatives in media relations, digital media, broadcast administration, and community outreach while posting to his updated blog “Benton Hockey,” seen primarily through the Silvertips website and mobile app. Benton’s voice was behind the Tips Western Conference title run in 2017-18 and the winning call for the longest game in Canadian Hockey League history (2017 WHL Playoffs, first round), when the Silvertips defeated the Victoria Royals, 3-2 in 5 overtimes – a broadcast lasting over six hours.

An award-winning broadcaster with over 1,000 career games called in professional hockey on radio and television, Benton’s previous full-season work includes the Stockton Thunder and Alaska Aces of the ECHL. During his time in Alaska, Benton was honored by the Alaska Broadcasters Association for his work in play-by-play. He also launched the weekly “Aces Insider” radio talk show and the Aces’ official digital video channel, “AcesDTV”, while serving in several front office roles.

As the original voice of the Thunder, where he worked as the club’s Director of Broadcasting and Media Relations from 2005-13, Benton earned the league’s Media Relations Award of Excellence in 2009 and was selected three times as a radio broadcaster for the ECHL All-Star Game. During his time in Stockton, he contributed video and written web reports for the Edmonton Oilers and San Jose Sharks, and was an on-air sports host and anchor with KESP AM-970 in Modesto, Calif. Benton has also served as a correspondent for SiriusXM NHL Network Radio and for two years was a color analyst and rinkside reporter with Sportsnet at the Vancouver Canucks YoungStars Tournament in Penticton, B.C. In addition to his experience in hockey, Benton carries nine combined seasons of on-air duties in minor league baseball, football, college basketball and television reporting assignments.

A native of southern California and graduate of Azusa Pacific University, Benton earned his bachelor’s degree in Communication Studies while working at the college radio station. Mike, a former resident of Puyallup and Kirkland during childhood, lives near Mukilteo with wife, Amy, and two sons, Lukas (4) and Liam (1).