Chiefs Come Back to Edge Tips 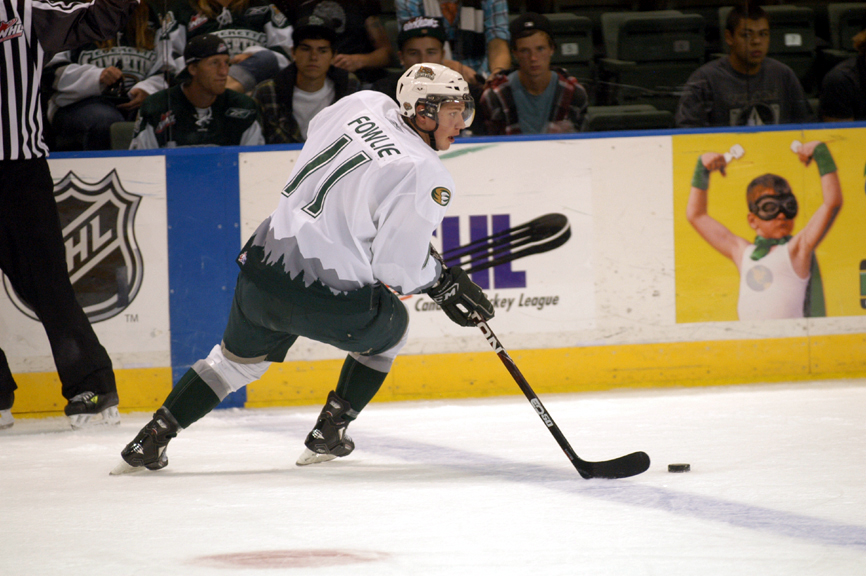 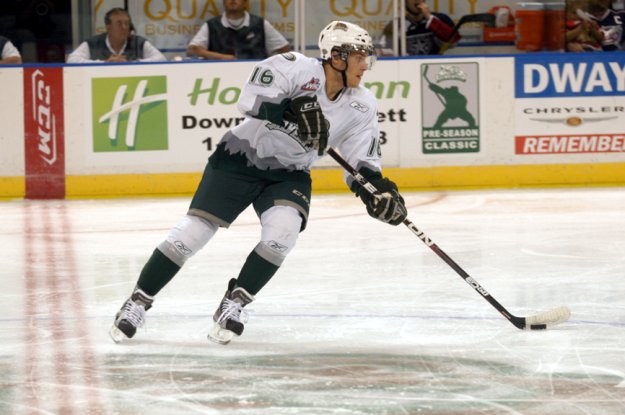 but the Spokane Chiefs came from behind to come away with a 6-4 victory over the host club.  The ‘Tips will now prepare to take the ice again in their third and final game of the tournament at 5:00 pm Sunday against the Seattle Thunderbirds.

Cody Fowlie starred for Everett in this one with two goals and an assist, while Josh Birkholz and Vladimir Dolnik also found the back of the net.  Spokane scored five goals in the third period however, the last one going into an empty net to seal their second win of the preseason.  The Silvertips were outshot 33-23 in the contest, but converted 2 of 4 powerplay chances while killing of 8 of 9 shorthanded situations.

For the second time in as many nights, Josh Birkholz scored Everett’s first goal in this one, wristing home a nicely placed shot from the right circle to put the ‘Tips on top 1-0 at 10:37.  Vladimir Dolnik set up in front and banged the puck home on the powerplay exactly five minutes later to extend the advantage, and the Silvertips led 2-0 after one period.

Spokane countered with a powerplay tally from Matt Marantz at 6:39 of the second frame to cut the lead in half.  After another lengthy penalty kill including a two-man disadvantage however, Everett re-gained the two-goal edge when Cody Fowlie re-directed a Brennan Yadlowski point blast to make it 3-1 for the ‘Tips going into the third.

The Chiefs tied the game early in the final period on goals from Brenden Kichton and Riley Whittingham less than 90 seconds apart, but Fowlie jammed in a nice centering feed from Ryan Harrison to put Everett back on top 4-3 at the 8:16 mark.  Kichton’s second goal of the night was followed by a Liam Stewart tally later in the third to put Spokane on top to stay before Marantz found the empty net to ice the 6-4 decision.

The eighth annual Silvertips’ Preseason Classic Tournament, presented by the Holiday Inn downtown Everett, concludes on Sunday as the Chiefs face the Portland Winterhawks at 1:00 pm leading up to the ‘Tips and Seattle Thunderbirds at 5:00 pm in the tournament finale.  Single game tickets are on sale by phone (866-332-8449), online (comcastarenaeverett.com) or at the Comcast Arena box office.

The Silvertips are set to open the home schedule of their ninth season in Everett on Saturday, September 24 against the Kelowna Rockets at Comcast Arena.  Season tickets and mini game packages for the 2011-2012 regular season are on sale now and can be purchased in person at the team office inside Comcast Arena or by phone at 425-252-5100.