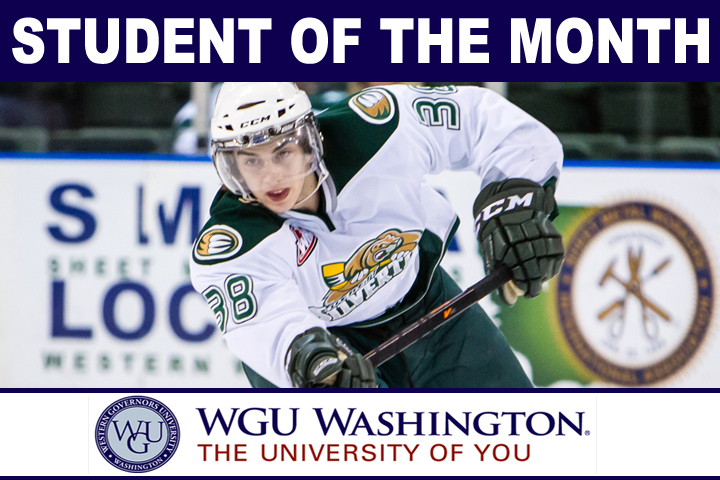 EVERETT – Rookie defenseman Kevin Davis has been named the WGU Washington Silvertips Scholastic Player of the Month for February 2014.

Each month throughout the 2013-14 season, Silvertips Education Coordinator Darren Parsons recognized a player for continued improvement and excellent overall performance in the classroom.

“Kevin had a 94% average in English 12, Algebra and Weight Training.  He has worked very hard and come a long way in his studies this year,” said Parsons.  “Combining the rigors of academics and hockey is a very challenging task, and Kevin has gotten these two difficult components dialed in.  Congratulations Kevin!”

A native of Kamloops, BC, Davis was selected by Everett in the first round of the 2012 WHL Bantam Draft.  He played 65 games for the Silvertips during his 16-year-old season, totaling nine points (1g/8a).  His first career goal was the overtime game-winner in Everett’s 2-1 victory over the Vancouver Giants on Valentine’s Day.