Everett burned by Portland at home 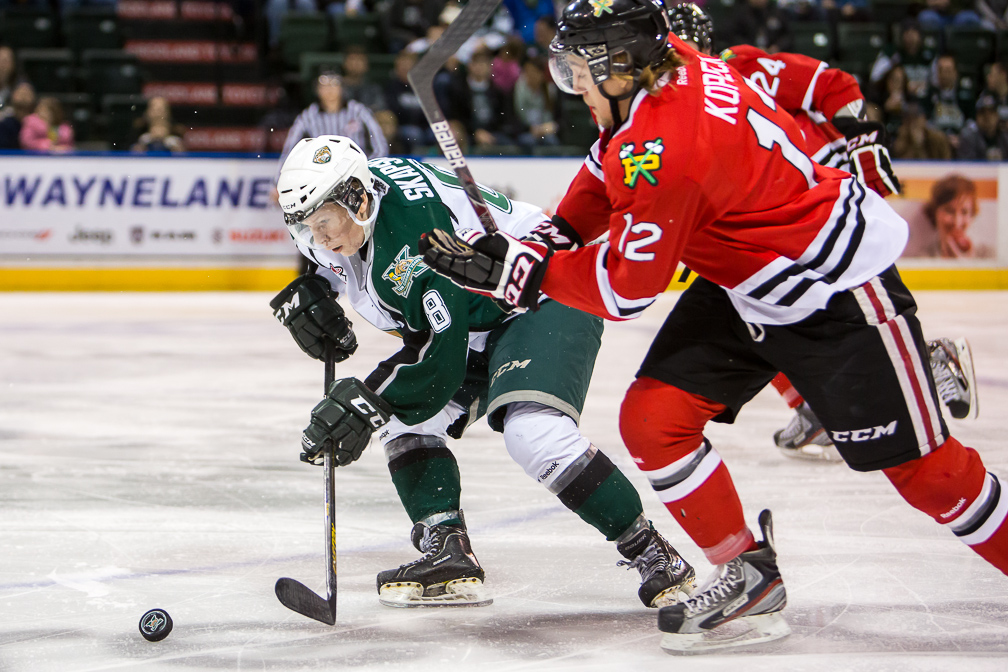 EVERETT – A rough first period for the Everett Silvertips paved the way for the rest of the game as the league-leading Portland Winterhawks cruised to a 6-0 victory Tuesday night at Comcast Arena. The Silvertips have now followed a five-game point streak with back-to-back shutout losses heading into Friday night’s matchup against the visiting Tri-City Americans.

Daniel Cotton (9-11-0-0) faced an excess of quality scoring chances in the Everett net, turning in a respectable 35-save effort in defeat. Brendan Burke (16-4-1-0) turned away all 17 shots faced for the Winterhawks, who earned their third straight shutout victory after out-gunning the ‘Tips 41-17 on the shot clock.  The Silvertips were scoreless on three powerplay chances, while the ‘Hawks went 2 for 4.

The Silvertips got off to a rocky start as the Winterhawks scored four times in a span of less than four minutes during the opening period.  Portland capitalized on early powerplay opportunities as Ty Rattie scored the opening goal – after Cotton’s save deflected in off a Silvertip – and Nic Petan buried a wrist shot during a 5-on-3 one minute later.  Taylor Leier gave the ‘Hawks a 3-0 edge after he redirected a pass from Oliver Bjorkstrand during a rush into the ‘Tips zone.  Presten Kopeck followed up with another goal when Adam De Champlain found him open on the weak side to slip the puck behind Cotton.

Everett appeared to get on the board late in the first period when Tyler Sandhu deflected a Cole MacDonald point shot into the net, but the goal was disallowed and Portland led 4-0 after one.

Everett came out for the second period with jump, but the ‘Hawks recorded the only goal to increase their advantage.  The ‘Tips generated some early scoring chances, but couldn’t find the back of the net before defenseman Troy Rutkowski scored through a screen with a wrist shot from the blue line.  Ty Rattie completed the 6-0 margin at 5:17 of the third period, banging in a back-door rebound for his second goal of the night to complete the Winterhawks’ victory.

The Silvertips will be back on home ice for two more games this weekend, starting with a 7:35 pm opening faceoff against the Tri-City Americans Friday night at Comcast Arena.  The ‘Tips will then host the Kamloops Blazers from the B.C. Division Saturday night at 7:05 pm in downtown Everett as well.