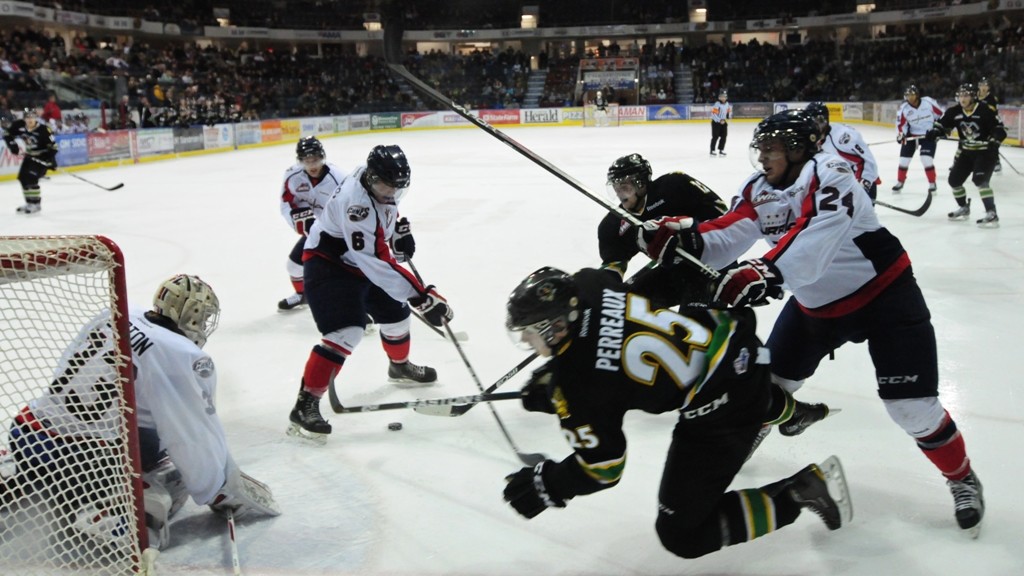 EVERETT – The Everett Silvertips have claimed defenseman Landon Oslanski off waivers from the Lethbridge Hurricanes, the club announced Thursday afternoon.  Oslanski is entering his overage year in 2012-13 after spending the past three seasons in Lethbridge.

Oslanski, 20, broke onto the WHL scene in 2009-10, playing one game with Spokane before being traded to Lethbridge in September in the same deal that sent former Silvertip Kyle Beach to the Chiefs.  He has since gone on to play over 200 games for the Hurricanes over the past three seasons.  The 6-foot, 202-pound defender enjoyed a career season last year, compiling 32 points (6g/26a) and 94 penalty minutes in 71 games.  One of those six goals came on November 2 against Everett, when he tied the game at three to help the Hurricanes eventually take home a 4-3 shootout win.

Hailing from Camrose, Alberta, Oslanski was originally selected by Spokane in the third round (#56 overall) of the 2007 WHL Bantam Draft.  He has scored 16 goals and added 54 assists for a total of 70 points to go with 239 penalty minutes in 207 career games.

Season tickets, mini-game packages and preseason tickets for the Silvertips’ 10th Anniversary season at Comcast Arena are on sale now.  For more information call 425-252-5100, “like” the Everett Silvertips Hockey Club on Facebook or follow @WHLSilvertips on Twitter.