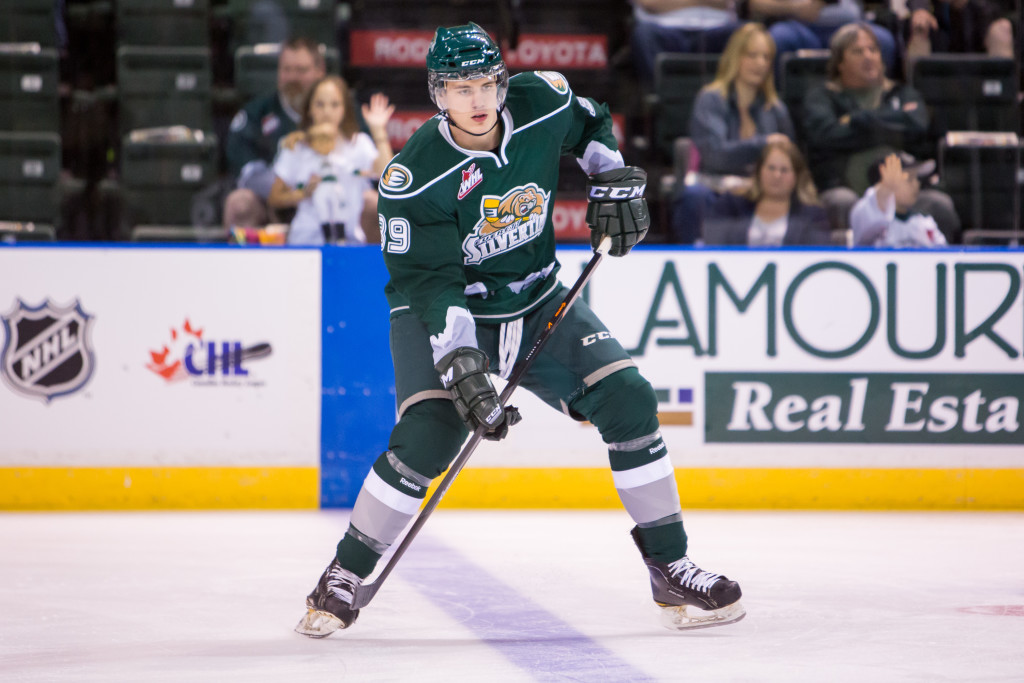 EVERETT – The Everett Silvertips announced a trade after Friday’s game that has sent rookie forward Linden Penner to the Calgary Hitmen in exchange for a conditional pick in the 2014 WHL Bantam Draft.  The trade leaves Everett’s active roster at 24 players (13 forwards, nine defensemen and two goaltenders).

The Silvertips have now acquired three draft picks this week, adding the conditional pick from Calgary in addition to the 2014 third-rounder and 2015 sixth-rounder gained from Edmonton earlier this week in exchange for overage winger Reid Petryk.

Penner, 18, skated in one game for the Silvertips this year after being placed on the club’s 50-player protected list during the offseason.  The 1995-born Sherwood Park, Alberta native was a tenth-round pick (#218) of the Saskatoon Blades in the 2010 WHL Bantam Draft.  Penner spent last season with the Whitecourt Wolverines of the Junior-A Alberta Junior Hockey League, recording 34 points (14g/20a) and 70 penalty minutes in 40 appearances.

Following Friday’s 2-0 shutout victory over the Tri-City Americans, the Silvertips will prepare to host another U.S. Division foe in the Spokane Chiefs Saturday at 7:05 pm.  The ‘Tips will then hit the road for the first leg of their Alberta road swing, starting a stretch of four games in five days Tuesday in Red Deer.

Season tickets, mini-game packages and six-game packs for the 2013-14 WHL season are available now at the team office. Visit our website or call 425-252-5100 for more information.  To keep up with all the latest team news, “like” the Everett Silvertips Hockey Club on Facebook or follow @WHLSilvertips on Twitter.