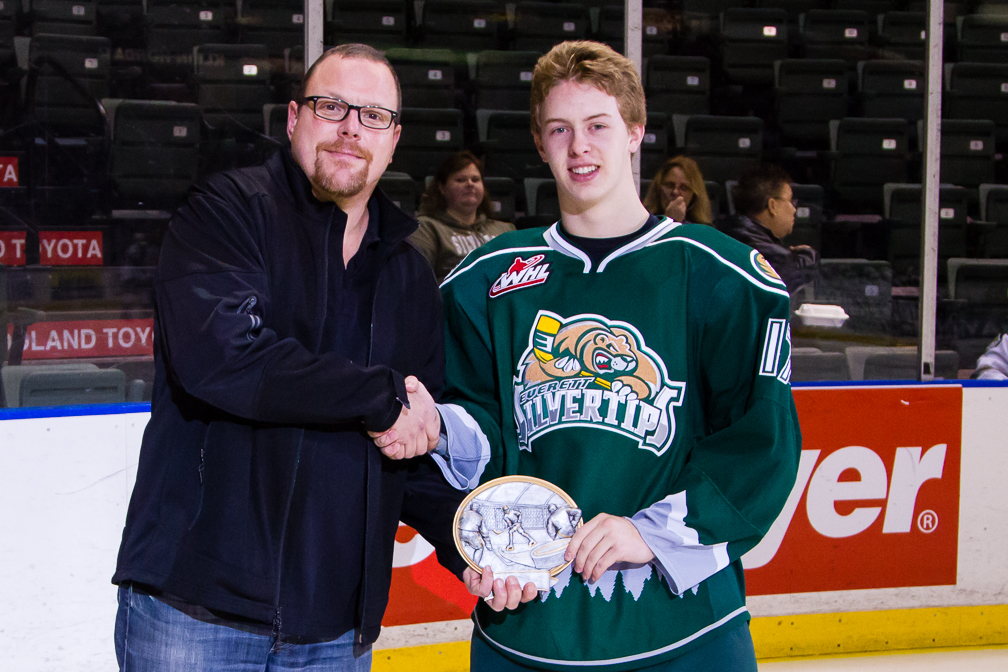 EVERETT – Rookie forward Matt Fonteyne has been named this year’s first WGU Washington Silvertips Scholastic Player of the Month, winning the award for September/October 2013.  Each month throughout the 2013-14 season, Silvertips Education Coordinator Darren Parsons will recognize a player for continued improvement and excellent overall performance in the classroom.

“Matt is currently taking Biology, Chemistry, and Pre-Calculus,” Parsons says. “He has done an outstanding job balancing the rigors of hockey and education, and his commitment to both is very strong. His Pre-Calculus teacher has even suggested that Matt could easily be a math tutor as he is very strong academically. Way to go Matt!”

Fonteyne, who doesn’t turn 16 until November 30, has appeared in 13 of Everett’s 15 games so far this season.  He scored his first WHL goal at Spokane on Oct. 18, exactly one week after getting his first career point with an assist against Prince George on Oct. 12.  A native of Wetaskiwin, Alberta, Fonteyne was selected by Everett in the third round (66th overall) of the 2012 WHL Bantam Draft.

Season tickets, mini-game packages and six-game packs for the 2013-14 WHL season are available now at the team office. Visit our website or call 425-252-5100 for more information.  To keep up with all the latest team news and information, “like” the Everett Silvertips Hockey Club on Facebook or follow @WHLSilvertips on Twitter.