On this date seattle thunderbirds 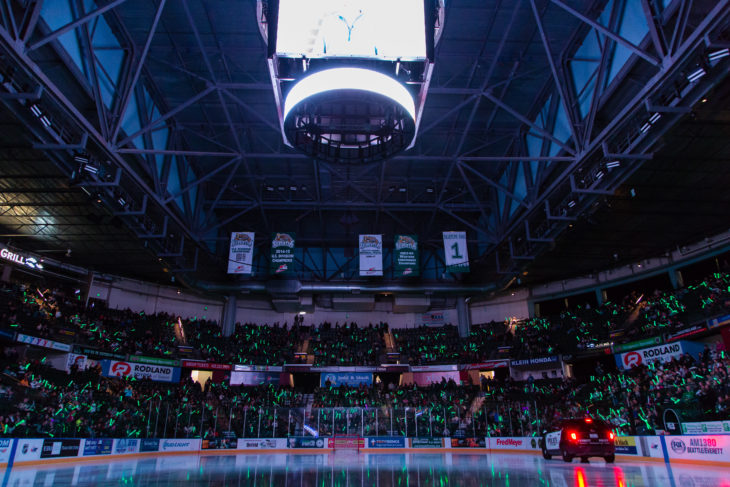 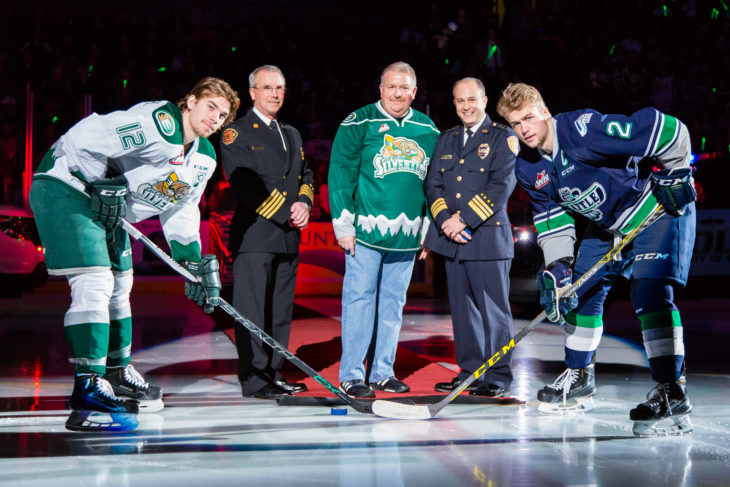 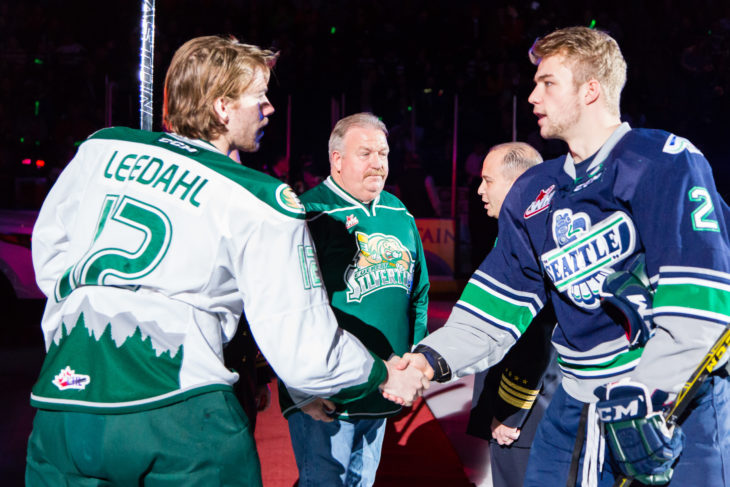 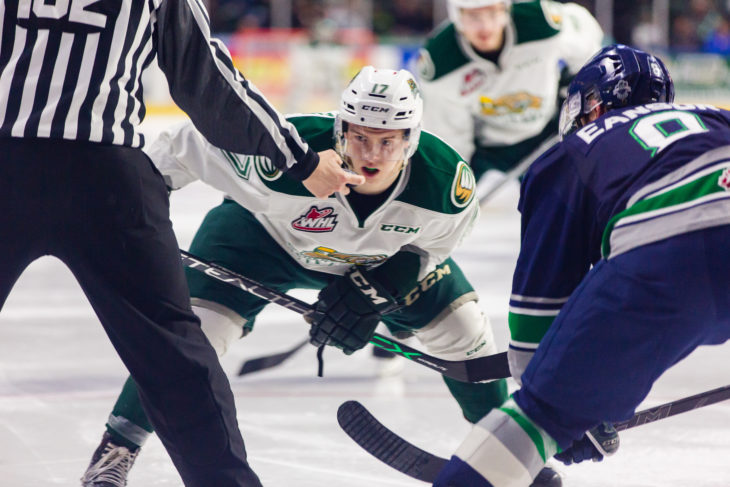 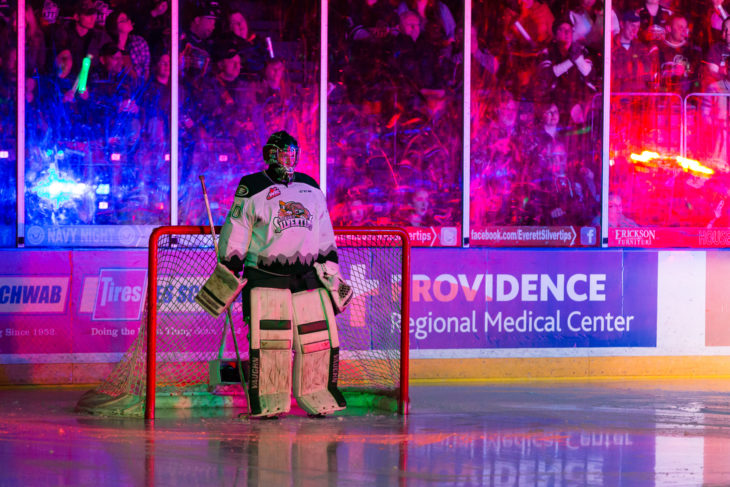 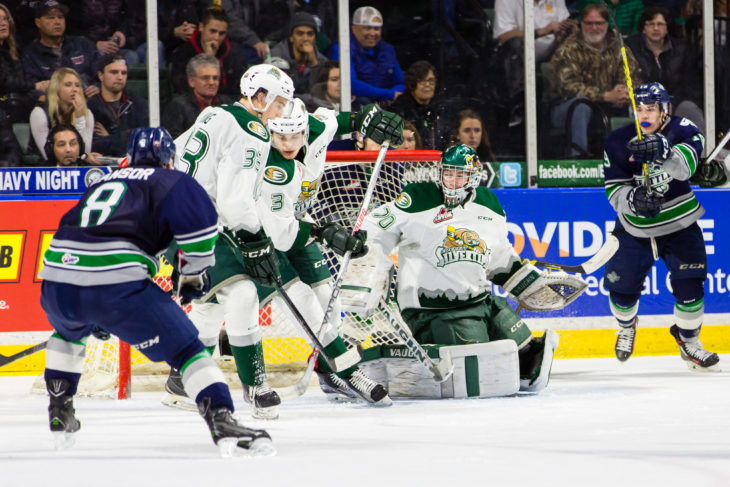 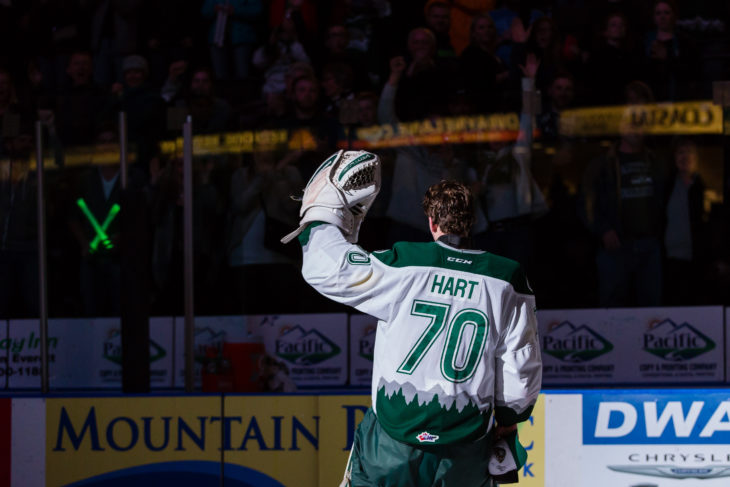 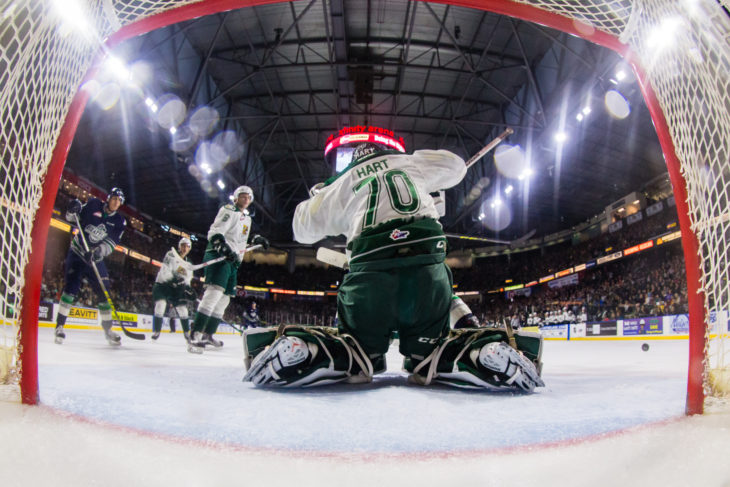 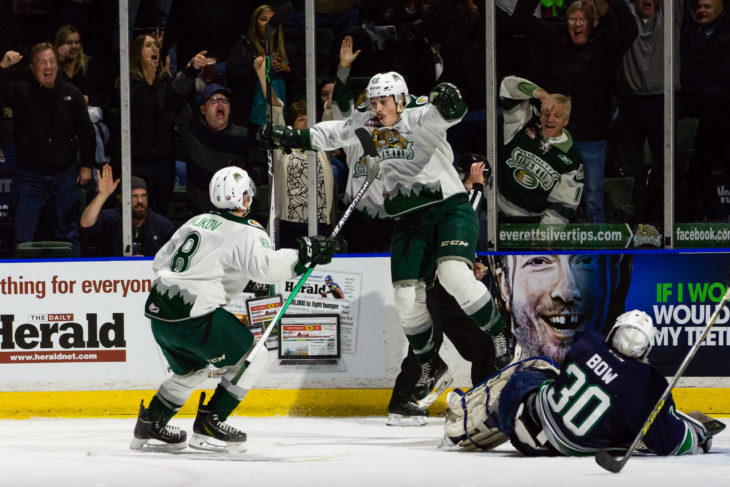 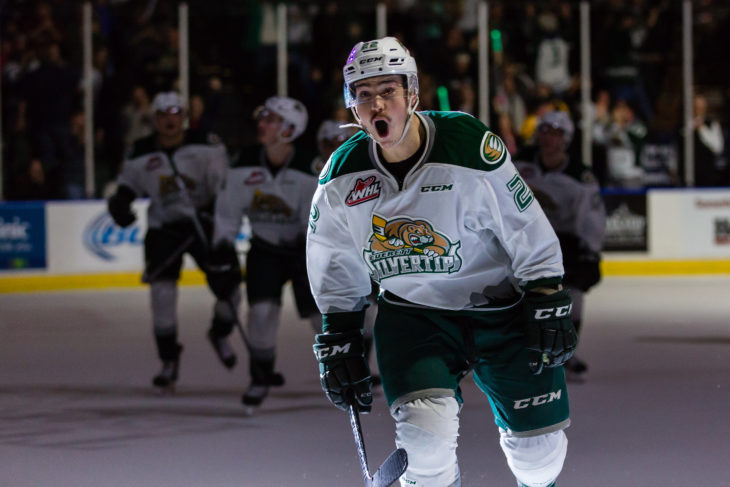 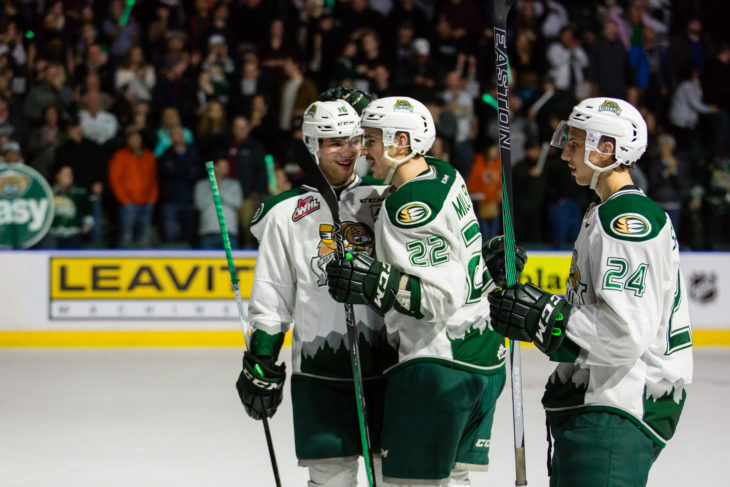 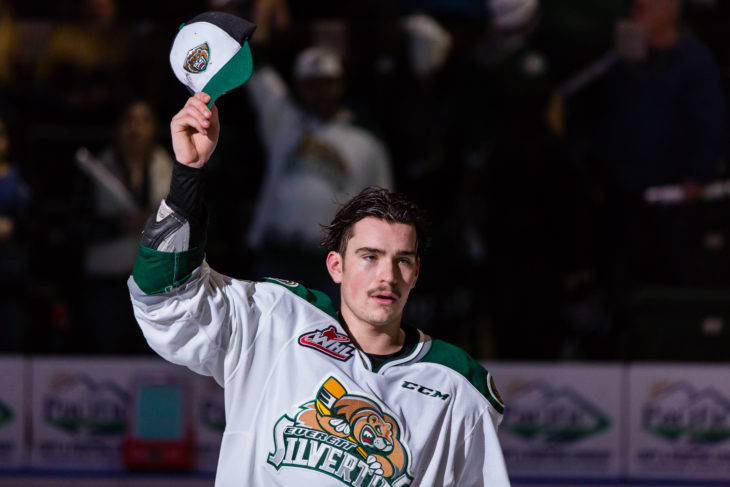 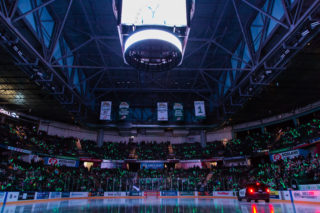 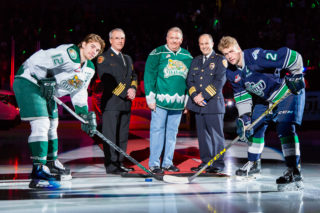 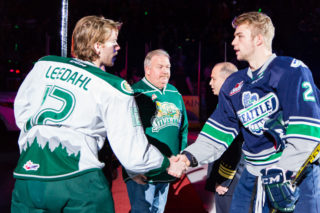 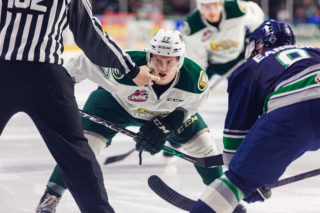 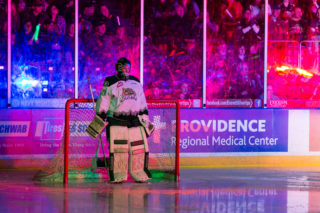 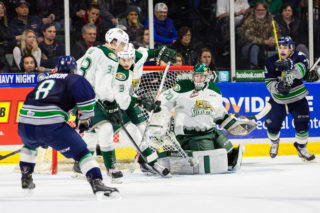 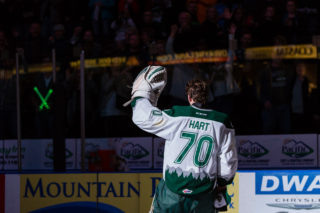 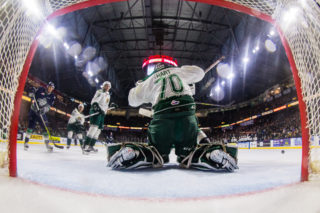 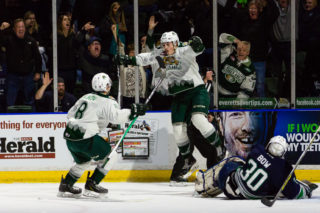 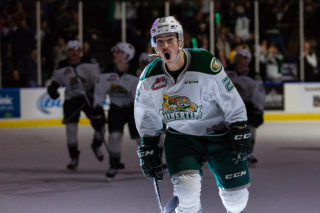 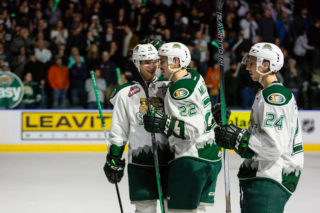 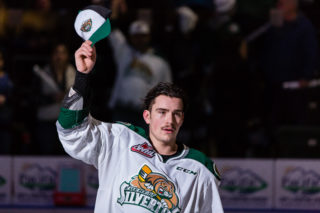 Graham Millar’s game-winning goal with 1:50 left in regulation snapped a tie to lift the first place Everett Silvertips to a thrilling 2-1 victory over the Seattle Thunderbirds before a standing-room only crowd of 8,352 on Jan. 30, 2016, exactly five years ago.

The dramatic victory extended the Tips lead to seven points for first place in the U.S. Division and they improved to 4-0-1-0 in the season series over their closest rival, sending Seattle to their third consecutive loss. Carter Hart, making his third straight appearance (including Thursday’s CHL/NHL Top Prospects Game), turned away 34 shots including a third period, five-minute major penalty kill for his WHL leading 28th win.

Just 2:50 into the game, Brandon Ralph slammed a one-timer past Landon Bow for a 1-0 Silvertips lead, set up by Devon Skoleski. The play was aided by Lucas Skrumeda, holding the blueline and stepping up into Seattle pressure. He threaded a pass into the corner, where Skoleski turned a pass to Ralph in the slot.

Following two squandered Silvertip power plays, Seattle struck on their first with Ryan Gropp’s 23rd goal of the season with five minutes left in the period on a wrister from between the circles.

Hart, unfazed by the tying goal, kept Seattle off the board for the entire second period with 12 saves.

The game reached a dramatic turn when Remi Laurencelle was issued a game misconduct and five-minute major penalty for checking from behind, from a hit dealt to Jerret Smith at the backboards. The Silvertips suffocated the Thunderbirds passing and shooting lanes for a majority of the power play, and Hart stepped up to make a point-blank save on Jared Hauf’s blast from the inside of the left circle, preserving the tie.

After the penalty kill, Millar’s late goal put XFINITY Arena into bedlam for a 2-1 lead with 1:50 remaining in regulation. Millar raced off the bench as a fresh body while the Tips hemmed Seattle in their own zone. Millar helped with cycling the puck to the blueline, where an open Noah Juulsen fired a shot that hit traffic and fell to the stick of Millar. His backhander, for his 12th goal of the season, sent the sellout crowd into a frenzy.

Seattle pulled Landon Bow for a sixth attacker but never materialized a continuous threat, and the Silvertips forced the puck into the Thunderbirds zone for the last few seconds.

Bow made 21 saves and his record with Seattle fell to 6-4-0 since a trade deadline acquisition from Swift Current.