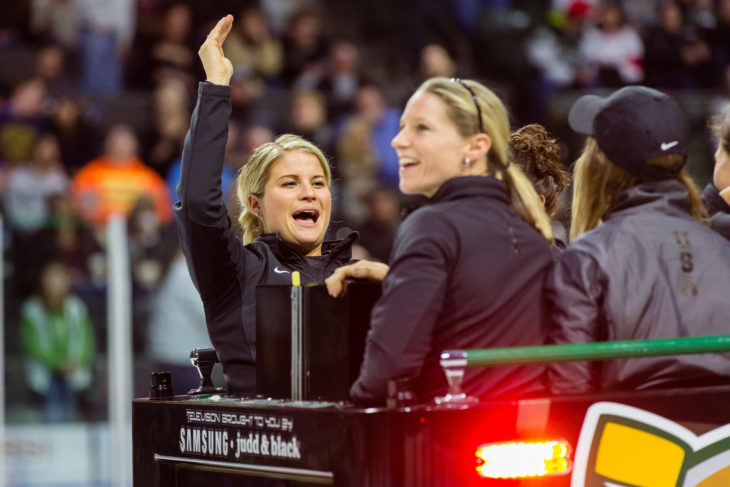 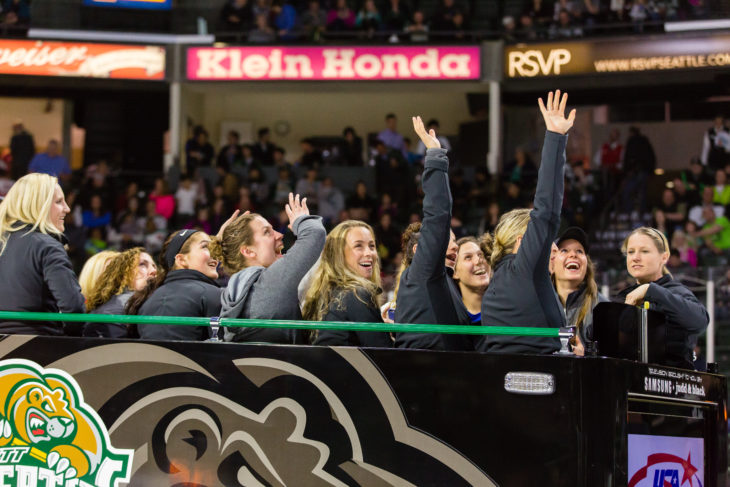 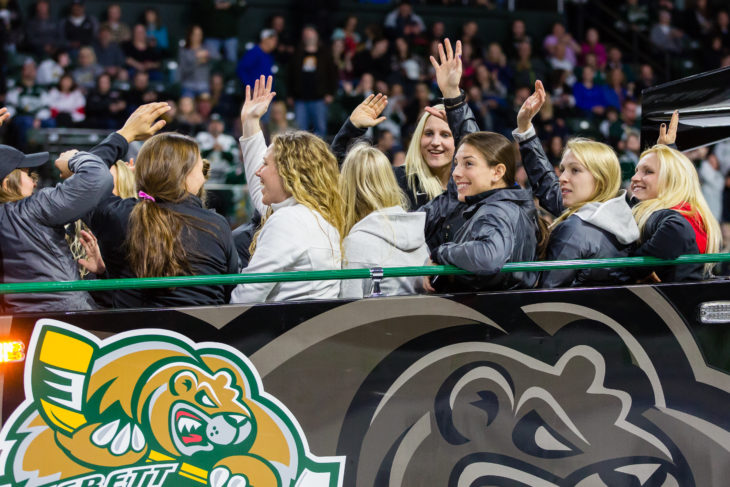 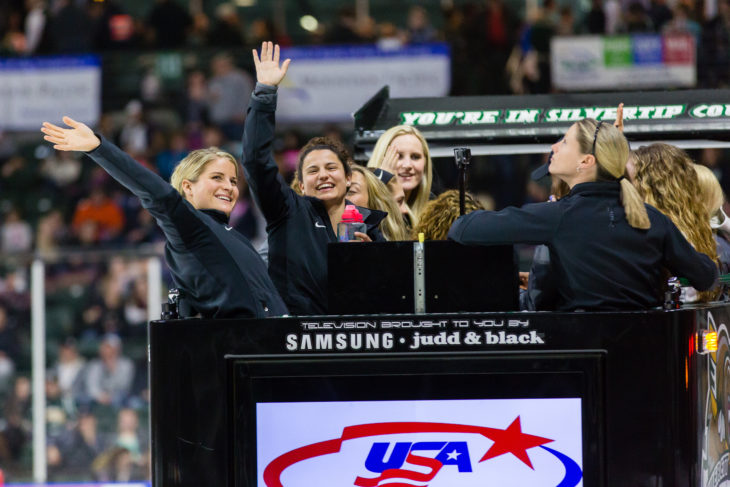 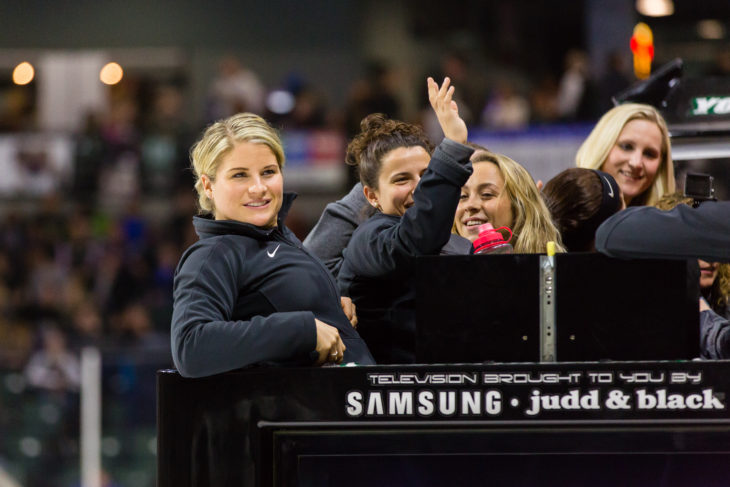 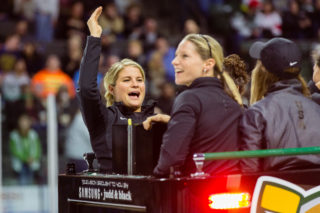 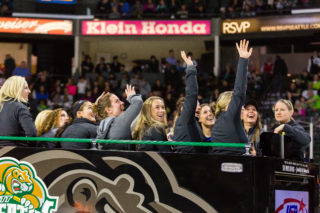 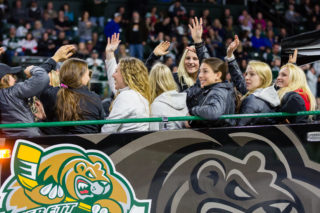 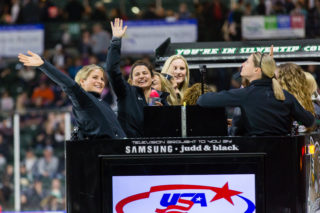 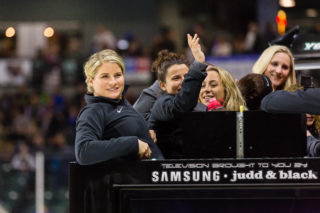 Wednesday night in South Korea was a shot heard ’round the world for women’s hockey, the United States, and the game in general.

Team USA’s women’s squad claimed their first gold medal in 20 years by defeating Canada, 3-2 in a shootout, energizing conversation about the sport and new heroes that will be forever remembered for their exploits in red, white, and blue.

Do you remember? Two years ago, Team USA and the women’s squad crossed paths.

As the Silvertips were pursuing a favorable seed for the upcoming WHL Playoffs, the likes of Hilary Knight, Meghan Duggan, Jocelyn Lamoureux-Davidson, Monique Lamoureux-Morando, and more made downtown Everett their training home.

In preparation for the 2016 IIHF World Championships in Kamloops, they spent seven days at the home of the Silvertips with practice sessions on Tips ice, off ice training at nearby Engineered Sports, and a camp closing scrimmage for the public.

(Not to mention, they enjoyed a Tips game before a packed house on Fan Appreciation Night. That’s in the photos above.)