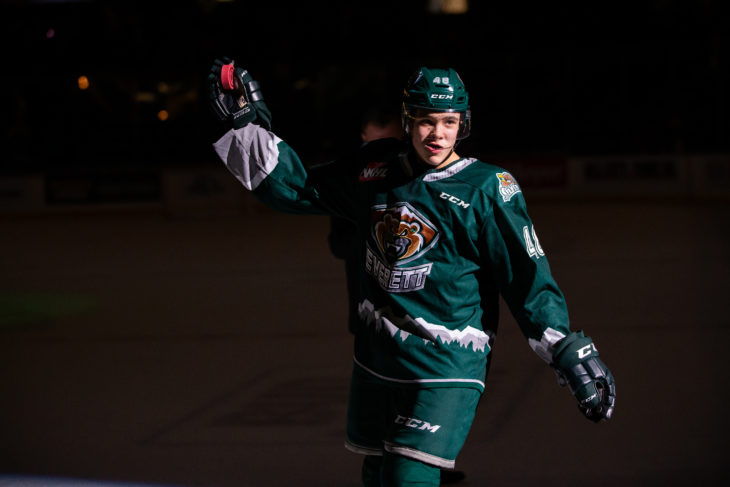 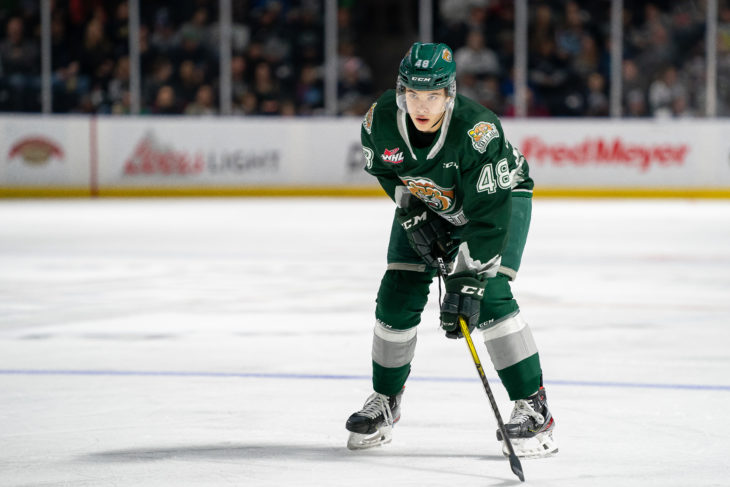 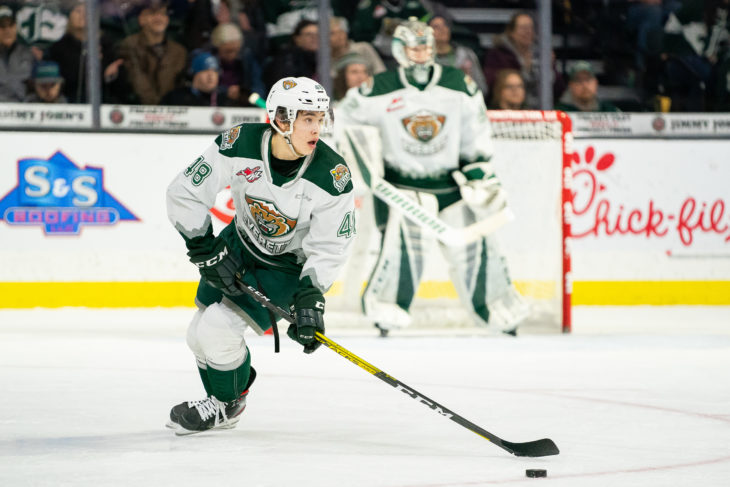 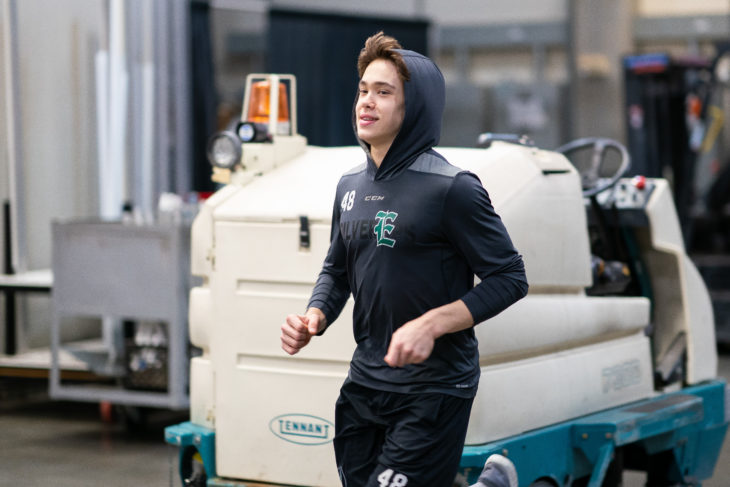 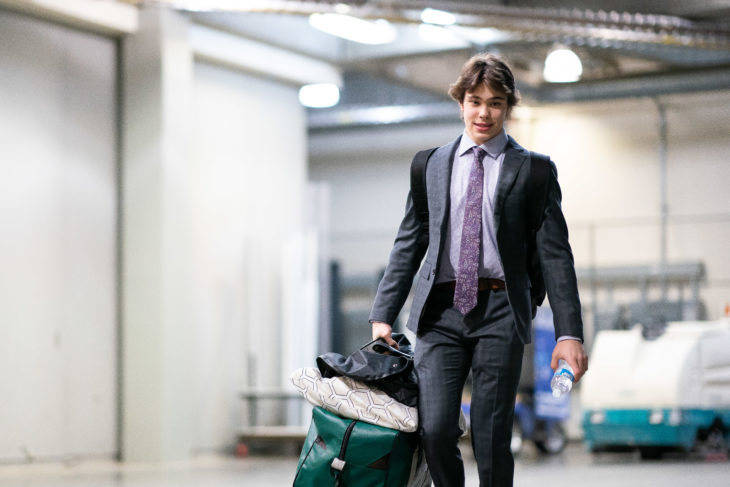 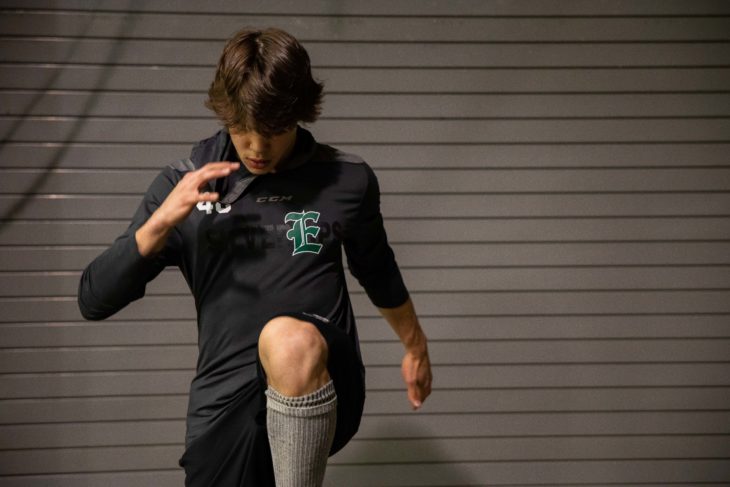 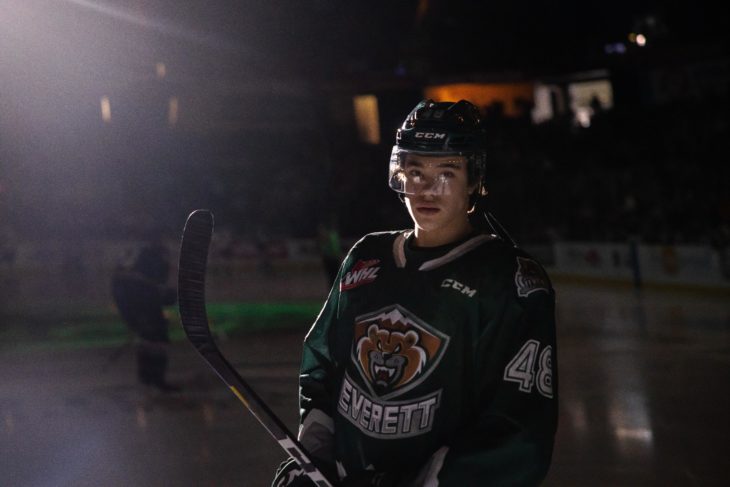 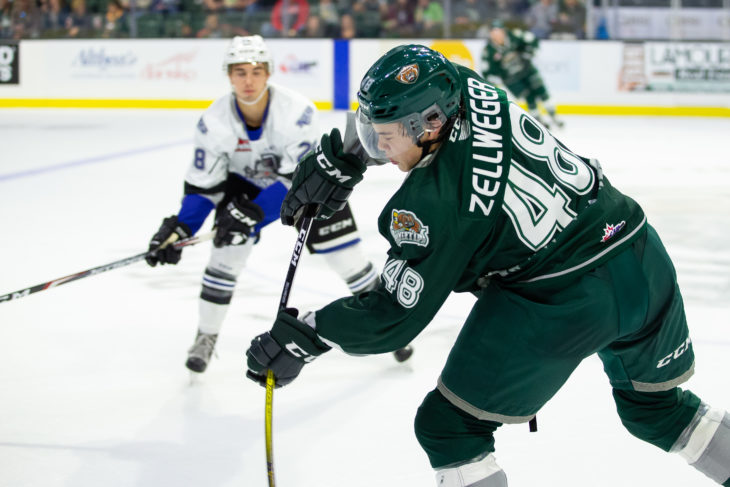 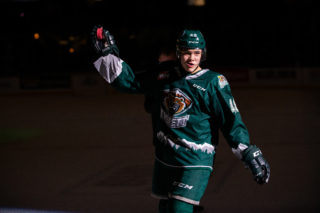 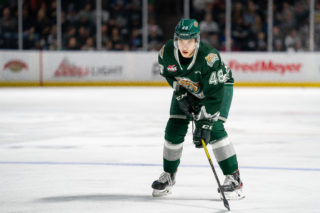 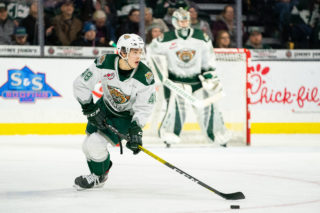 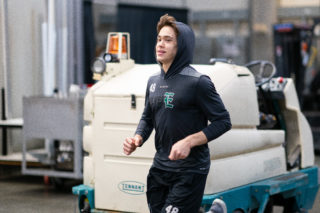 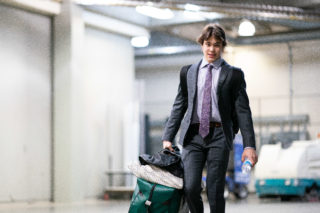 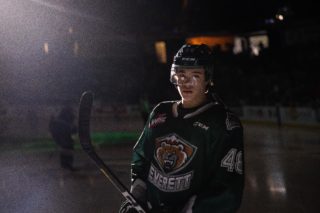 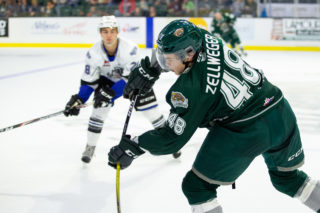 Welcome to the newest installment of “TIPS NOW,” an introspective summary of Silvertips players who have moved out of the “TIPS NEXT” generation and have completely broken through with regular roles, and are

THE PLAYER: Playing in the Western Hockey League is hard. Playing in the WHL as a 16-year old is even harder. Defenseman Olen Zellweger found a way to conquer both challenges: he managed the demands of ice time and development along with off-ice commitments to nab a pair of team awards at the end of the season (Most Dedicated Player and Scholastic Player of the Year). Often penciled in as a regular among a towering set of blueliners loaded with experience (read: Jake Christiansen, Wyatte Wylie, etc.), Zellweger kept seeing his number called with developing intelligence, deft touch on passes out of the zone, and even a taste of power play ice time. It included Team Canada experience at the World Under-17 Hockey Challenge last autumn – the stage for many highly regarded 16-year olds across Canada.

Consider it a timeline fulfilled on schedule for the Tips first pick in the 2018 WHL Draft.

THE NUMBERS: Zellweger appeared in 58 games – most among all Silvertips first year players – and only missed five games from the lineup. That kind of engagement with success was unavoidable: the Tips led the WHL with 46 wins and finished a point shy of the Scotty Munro Trophy during the COVID-19 shortened campaign.

The two goals he scored were highlight reel material. The ice breaker at Kamloops, Dec. 28 (the Tips first road game after Christmas in a 7-5 win resembling hockey’s version of “Mr. Toad’s Wild Ride”) came on an outnumbered rush to give the Tips a two goal lead. Zellweger received a buttery soft saucer pass by Conrad Mitchell, tape-to-tape, then harnessed enough patience to maneuver a backhanded deke past Dylan Garand.

A few weeks later in a Tips 8-0 blowout win over the Seattle Thunderbirds on Jan. 18, Zellweger reached WHL.ca highlight reel status on a 4-0 lead in the second period. After he corralled a pass up the wall to the blueline, Zellweger spun viciously to the backhand, leaving Thunderbirds vet Henrik Rybinski in his wake. Zellweger then took advantage of open ice, skated toward a high percentage area – the slot – and rifled a snap shot Roddy Ross to bring the house down on a sellout crowd of 8,319.

Pretty apparent, he’s got patience with the puck.

Zellweger shared more over the phone from his hometown of Fort Saskatchewan, Alberta with reflections from his first WHL season, and what lies ahead when the Tips can return to play for the 2020-21 season:

HOW HE EVOLVED: “Definitely a lot, especially my defensive game has improved a lot. My strength overall has improved and that allows me to be more confident and make a bigger impact. Strength is one of the more important things for success – skating, winning battles, and more. I think it helps you be a better player all around – and it’s important to be well developed. “Willy” (Silvertips head coach Dennis Williams) helped me out quite a bit and I spent most of the time with “Louie” (Silvertips assistant coach Louis Mass, who works closely with the team’s defensemen) – he definitely went over lots of video, was always on me, and helping me make improvements with line rushes against and properly closing in on attacking players in corners. Those were big things.”

HIS BEST GAME OF THE YEAR: (pauses) “Hard for me to say. I do recall playing in some good games against Portland, and maybe one game against Kelowna I played pretty well. For me it was consistency, confidence, and staying highly confident while making good plays and battling hard. I think playing a well-rounded game was most important to make an impact and have a good game.”

WHAT HE’S WORKING ON NEXT YEAR: “Strength is my number one priority. Doing the off-ice skills, stickhandling, off ice training – it all will translate back onto the ice. I’ve been working on my shot, stickhandling and strength.”