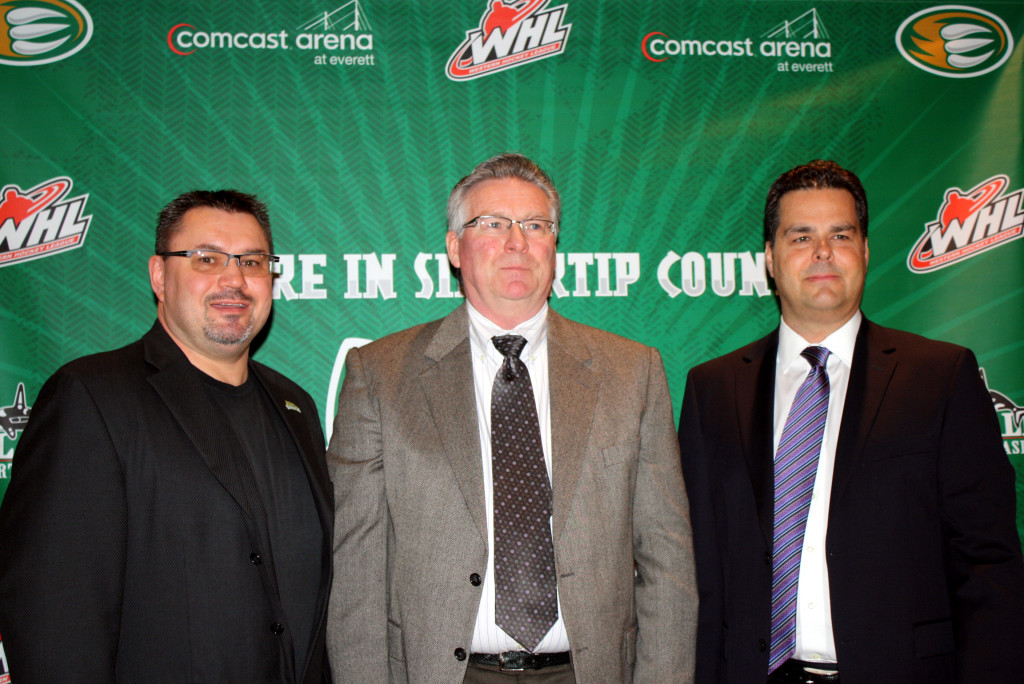 EVERETT, WA – The Everett Silvertips of the Western Hockey League today announced the hiring of Garry Davidson as their new 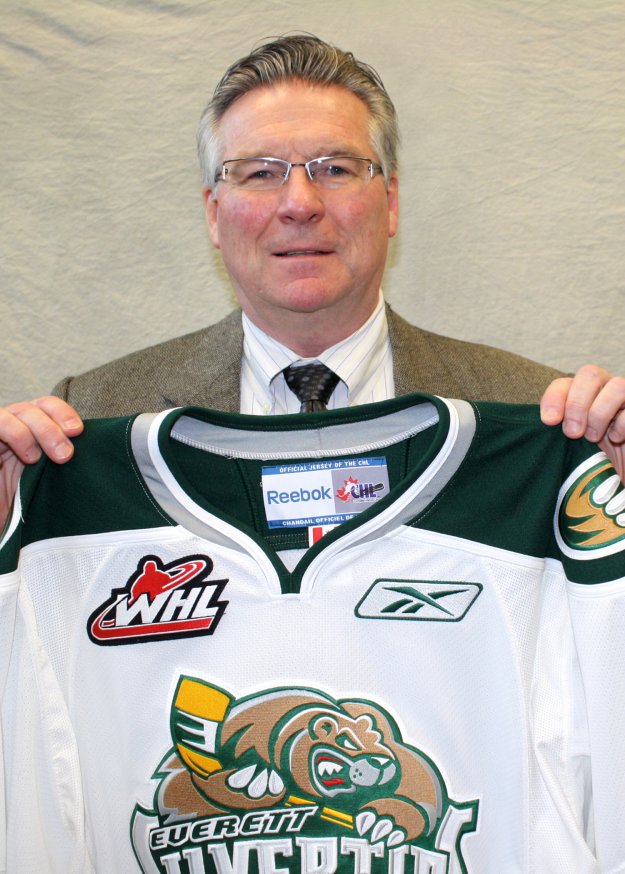 General Manager.  The announcement was made by Silvertips and Consolidated Sports Holdings President Gary Gelinas during a press conference this afternoon at the Edward D. Hansen Conference Center at Comcast Arena.

Davidson, 60, becomes General Manager of the Silvertips after spending the past four years as Director of Player Personnel for the Portland Winterhawks.  In a hockey career spanning more than three decades, Davidson has served as a Head Coach, General Manager and Owner at various levels in both the junior and professional ranks.  The Manitoba native has worked extensively in the British Columbia Hockey League (BCHL) and WHL since the early 1990’s.

“Garry has a proven track record of success operating junior franchises and identifying talent in young players,” Gelinas said.  “I’ve had the opportunity to work with Garry in the past and see firsthand what he’s built with the programs he’s worked with previously.  For the past four years he has helped bring in players who have raised the profile of the Portland Winterhawks, and we’re confident that he is the right fit to take our organization in a new direction.  His duties will revolve specifically around our hockey operations department, and we have faith in his ability to make sure our franchise stays at the top where it belongs.”

Prior to his time in Portland, Davidson ran the BCHL’s Salmon Arm SilverBacks as Owner, General Manager and Head Coach from 2001 to 2008.  A three-time BCHL Coach of the Year, his other BCHL coaching stops also include Penticton, Nanaimo, Victoria and Trail.  He also oversaw all player recruiting with each of those BCHL clubs, producing three eventual Hobey Baker Award winners (Paul Kariya, Brendan Morrison and Ryan Duncan) and three first-round NHL draft picks (Travis Zajac, Kris Chucko and Riley Nash) with Salmon Arm alone.

“I’m very excited at the opportunity to work in the WHL and in Everett as a General Manager,” said Davidson.  “The Silvertips are a franchise with a very positive history in a great community and with a fabulous facility.  I’m very comfortable after a number of years working in junior hockey and really feel that it’s my niche.  With all those positive things, I’m looking forward to the chance to put down roots here and try to do the best possible job for this organization.”

Davidson’s coaching career began in the Manitoba Junior Hockey League in 1978.  He then spent eight seasons coaching overseas, where he won an Austrian league championship in 1984 and also spent time in Switzerland and Italy.  He returned to North America in 1991 to coach in Penticton, and was also an Assistant Coach for Team Canada’s gold medal-winning club at the 1995 Spengler Cup.

“We’re happy to welcome Garry to the Silvertips family,” said Assistant General Manager Zoran Rajcic.  “I will do everything I can to make this transition as smooth as possible for him, and our entire organization will be committed to giving Garry all the help he needs to do a great job going forward.”

Silvertips group tickets and flex ticket packages can be purchased in person at the team office inside at Comcast Arena or by phone at 425-252-5100.  Single game tickets are on sale by phone (866-332-8499), online (www.comcastarenaeverett.com) or at the Comcast Arena box office.