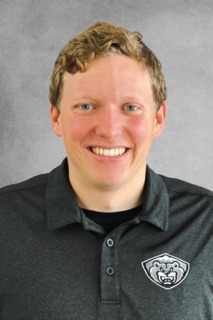 Grant McGowen Manning enters his second season with the Everett Silvertips after contributing to the 2021-22 season that saw the club lead the Western Hockey League in attendance and be awarded Business of the Year by the league.

Prior to joining the Silvertips, Grant served as Sales and Game Day Operations Coordinator for the Battle Creek Rumble Bees of the Federal Prospects Hockey League and served as an intern with the Jacksonville Icemen of the ECHL. His experience also extends to game day staff duties with the Chicago Bears, Chicago Blackhawks, and Tampa Bay Rays as well as in front office positions for the Peoria Chiefs and Danville Dans minor league and summer collegiate baseball teams. He also worked in various roles with the National Hot Rod Association at Indianapolis Raceway Park in Indiana and Gainesville Raceway in Florida.

Originally from Indiana, Grant attended the University of Alabama where he graduated with a Bachelor of Science in Commerce and Business Administration in 2017 with a major in Accounting.