EVERETT, WA – The Everett Silvertips of the Western Hockey League today announced that forwards Tyler Maxwell and Campbell Elynuik will be attending National Hockey League rookie camps next month.  Maxwell will be in camp with the Minnesota Wild, while Elynuik is set to try out with the Philadelphia Flyers.

Maxwell, 20, is entering his fourth Silvertips campaign after leading the club in scoring last season with 66 points in 68 games.  His 41 goals last year marked a career high and left Maxwell just one goal shy of the single-season franchise record.  The Manhattan Beach, California native has compiled 96 goals (only four off the Silvertips’ career record) and 85 assists for a total of 181 points in 197 career games with the club.  This year’s camp with Minnesota will be the second such opportunity for Maxwell, who also attended Los Angeles Kings camp in 2009. 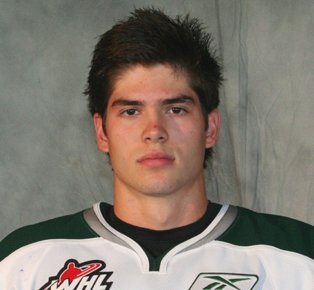 Elynuik, 18, is getting set for his third full year in Everett after appearing in 71 games with the club over the past two seasons.  During an injury-shortened 2010-11 season, the 6-4, 190-pound winger scored three goals, assisted on two more and registered 54 penalty minutes while skating in just 28 games. Elynuik, who hails from Calgary, Alberta, recorded a career high 67 penalty minutes in 43 games two seasons ago and also has skated in 13 career WHL playoff games.

The ninth home opener in Silvertips history is set for Saturday, September 24 against the Kelowna Rockets at Comcast Arena.  Season tickets and mini game packages for the 2011-2012 season are on sale now and can be purchased in person at the team office inside Comcast Arena or by phone at 425-252-5100.