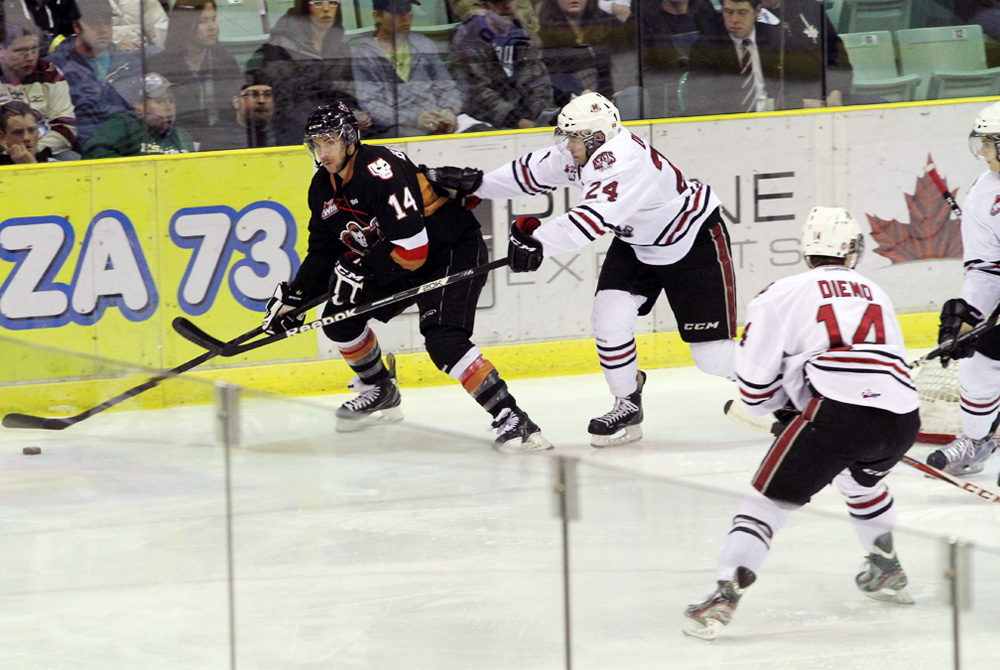 REBELS EDGE HITMEN IN OVERTIME – Mathew Dumba blasted home a power play marker 6:33 into overtime to lift the Red Deer Rebels to a 2-1 victory over the visiting Calgary Hitmen in Game 3 of their Husky WHL Eastern Conference semi-final series in the only WHL playoff contest on Monday.

Brooks Maxwell – with a shorthanded tally – scored the lone marker in regulation play for the Rebels, who fired 44 shots on goal in the contest as they post their first victory of the series and now trail the best-of-seven set 1-2.  Patrik Bartosak turned aside 38 of 39 shots he faced to claim the victory.

Peter Kosterman scored the only goal for the Hitmen, who went 0-for-2 on the power play as they see a four-game playoff win streak come to an end.  Chris Driedger turned in a 42-save effort in a losing cause for Calgary.