OIL KINGS DOWN HAWKS IN GAME ONE 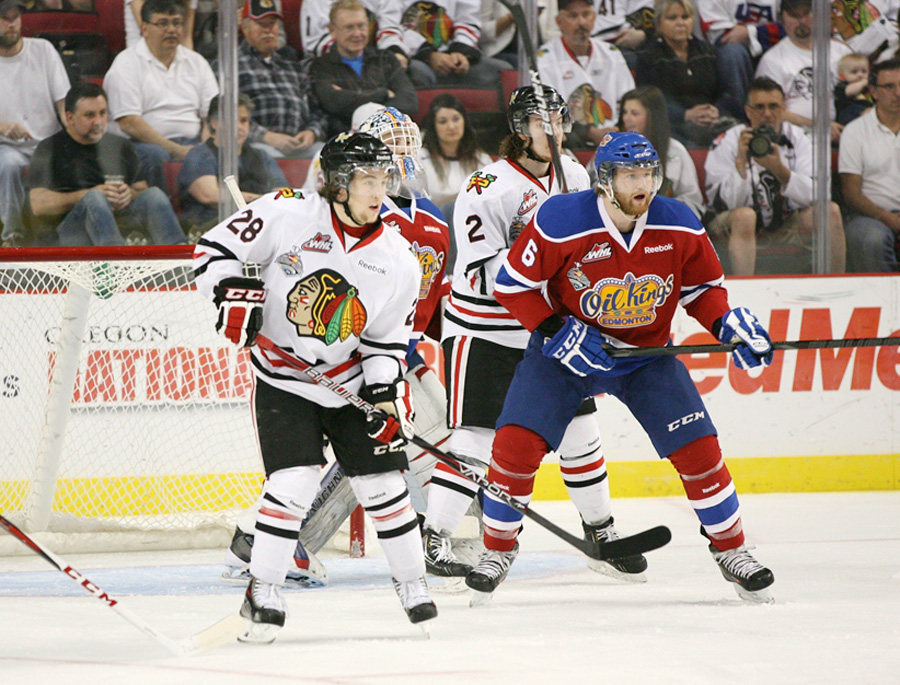 EDMONTON STRIKES FIRST IN 2013 WHL CHAMPIONSHIP SERIES – Henrik Samuelsson scored a pair of goals as the visiting Edmonton Oil Kings skated to a 4-1 win over the Portland Winterhawks in Game 1 of the 2013 WHL Championship series on Friday night at the Rose Garden in Portland, OR.

Dylan Wruck and Curtis Lazar also scored for the Oil Kings, who led 1-0 after the first period and 2-0 after the second period en route to the series-opening victory.  Stephane Legault picked up three assists for Edmonton.

Taylor Leier scored the only marker for the Winterhawks, who were held scoreless on four power play opportunities in the loss.

Laurent Brossoit turned in a 35-save performance to backstop the Oil Kings to the victory.  Brossoit was particularly sharp in the opening period when the Winterhawks outshot the Oil Kings 16-6 but couldn’t find the back of the net.

Mac Carruth stopped 25 of 29 shots in a losing cause for the Winterhawks.

The Winterhawks will host the Oil Kings for Game 2 of the series on Saturday night at the Rose Garden.