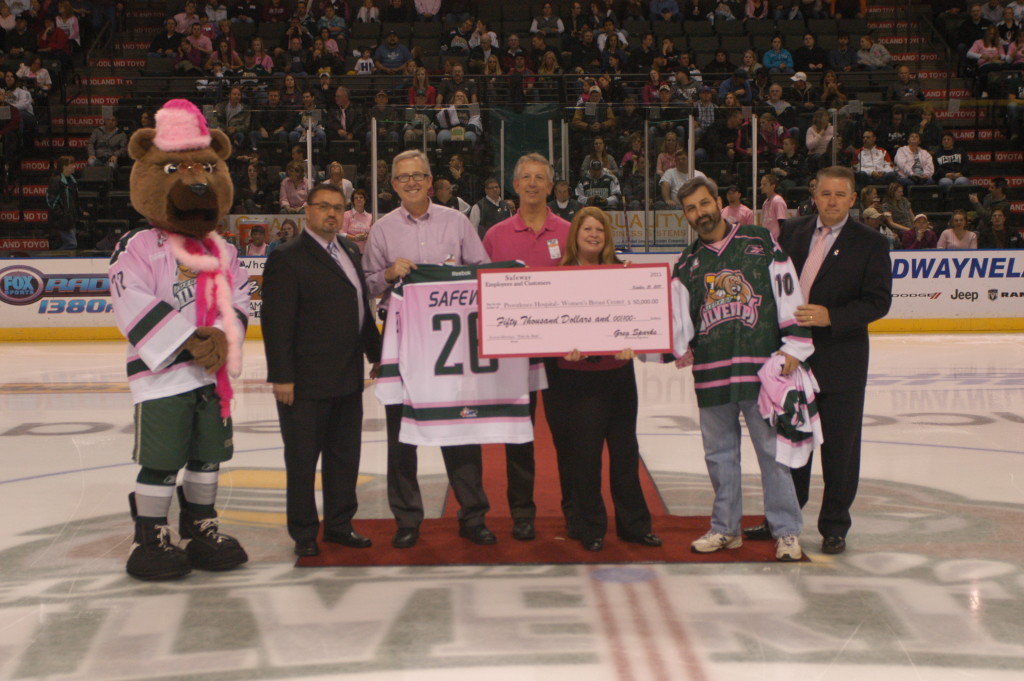 EVERETT, WA – The Everett Silvertips are proud to announce that our loyal fans and supporters have raised more money for the local fight against breast cancer through Friday’s “Pink the Rink” event than the last two years combined, totaling over $78,000 donated to the cause during and prior to the game against the Seattle Thunderbirds.  That brings the three-year total raised by the Silvertips’ “Pink the Rink” event to $129,000 since 2009! 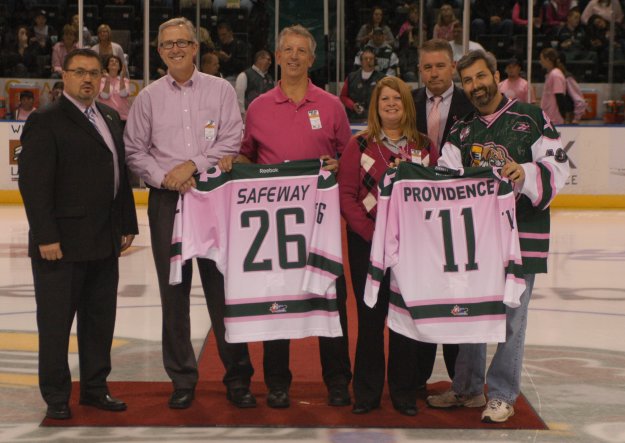 A generous donation of $50,000 from Safeway, which was announced just prior to the game, helped give the fundraising efforts an enormous boost.  The rest of the astounding total was accomplished thanks to the combined donations made by fans through sales of tickets, team-signed sticks, t-shirts, cow bells, and the auction of the specialty pink jerseys worn by the Silvertips during Friday’s game.  Even more money will be added to the total after the auction of Kent Simpson’s one-of-a-kind pink goalie mask has been completed.  Bidding on the mask will continue through next Friday, October 28 at Noon.

The Silvertips would like to thank Safeway and each one of our fans who donated to this year’s recording-breaking “Pink the Rink” effort.  The funds raised by “Pink the Rink” go toward providing free mammograms and other related services for local women with no insurance or no means to pay.  By aiding with early detection, these donations to the Providence Comprehensive Breast Center will help fight breast cancer and ultimately save lives in Snohomish County and the surrounding areas.

For more information on “Pink the Rink” and the money raised to fight breast cancer, visit www.everettsilvertips.com/pinktherink.