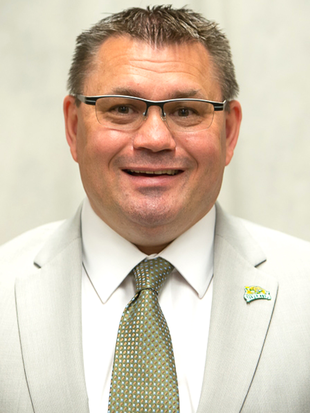 He has been a central member of the Silvertips organization since the club’s inception in 2002.  Always a driving force behind the team’s front office success; his performance was recognized in 2010 with the WHL Marketing/Business Award.  He was promoted from Director of Business Operations to Assistant General Manager in October 2011 and added the title of Executive Vice President in July 2012.

Rajcic’s primary responsibilities revolve around the business and marketing affairs of the club, which have been among the strongest in the WHL over the past 14 seasons.  His direction has helped the Silvertips draw over two million fans to XFINITY Arena and build a strong community presence throughout Everett and its surrounding communities.  As Executive Vice President of Silvertips parent company CSH International, Inc., he also supports the business operations of the other sports franchises within the company. Hailing from Lethbridge, Alberta, Rajcic is a graduate of the University of Lethbridge with a Bachelor’s degree in Management and a major in Marketing. Upon graduation, Rajcic was named the school’s Director of Athletic Marketing and was recognized by the National Association of Collegiate Marketing Administrators as the Marketer of the Year in 2000.

Prior to his work in Everett, Rajcic spent three years with the Baton Rouge Kingfish of the ECHL, serving as the Director of Corporate Sales for one season before being promoted to Vice-President/General Manager during his second season.

Zoran and his wife Mirran reside in Everett with their two sons.