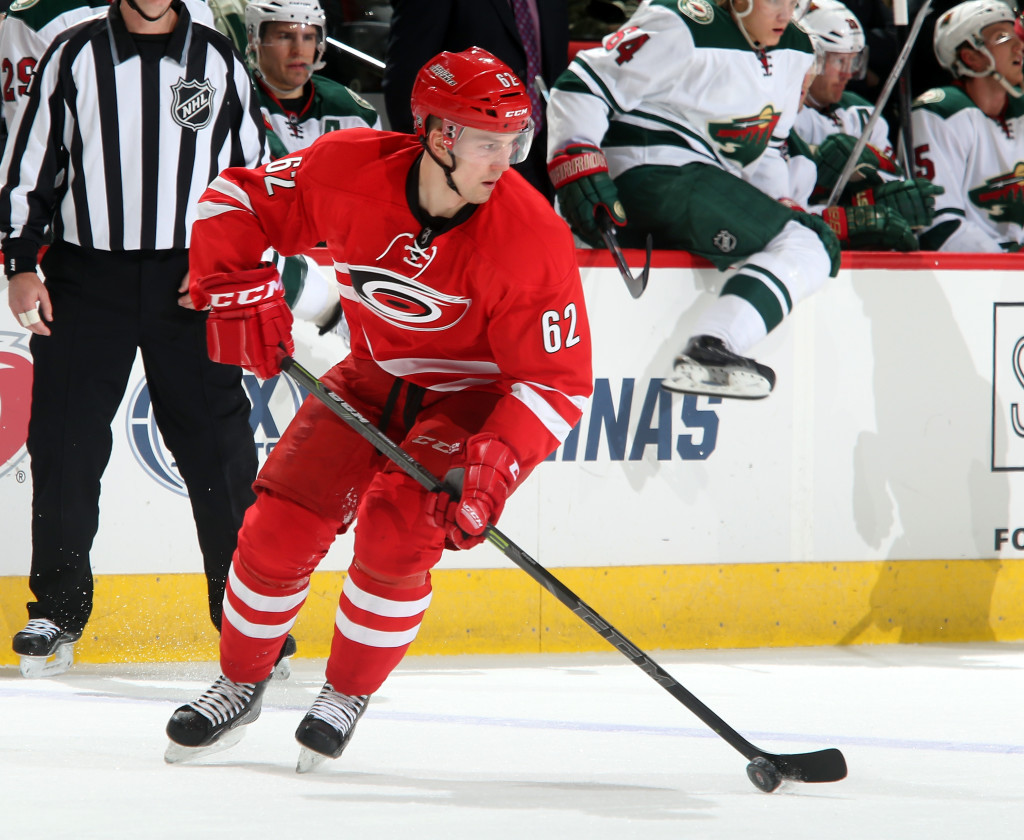 In Friday’s game, Rissanen played just over 16 minutes and registered a team-high eight hits in a 3-1 loss to Minnesota.  The following day he took part in a 7-4 comeback victory over the visiting Edmonton Oilers, where the defenseman logged 17:52 of ice-time with two shots on net.

Throughout two seasons with the Everett Silvertips from 2009-2011, Rissanen played 139 games and was named an alternate captain in his second year with the team.  During that time the native of Kuopio, Finland accumulated 27 points (5g/22a) and 192 penalty minutes for the ‘Tips.

A sixth-round draft pick (178th overall) of the Hurricanes in the 2009 NHL draft, Rissanen turned pro as a 20-year-old for the 2011-2012 season.  He joined the Charlotte Checkers, Carolina’s top American Hockey League affiliate, where he has spent the past four seasons.  The 6-foot-3, 217-pound defenseman amassed 36 points (7g/29a) and 301 penalty minutes in 240 AHL games before finally making his debut with the Hurricanes last weekend.

The ‘Tips are back in action Wednesday night for a pivotal U.S. Division matchup against the Portland Winterhawks at 7:05 pm at XFINITY Arena.  After a road game against Seattle Friday in Kent, the ‘Tips are back on home ice to host the rival Thunderbirds for the final time in the regular season Saturday at 7:05.