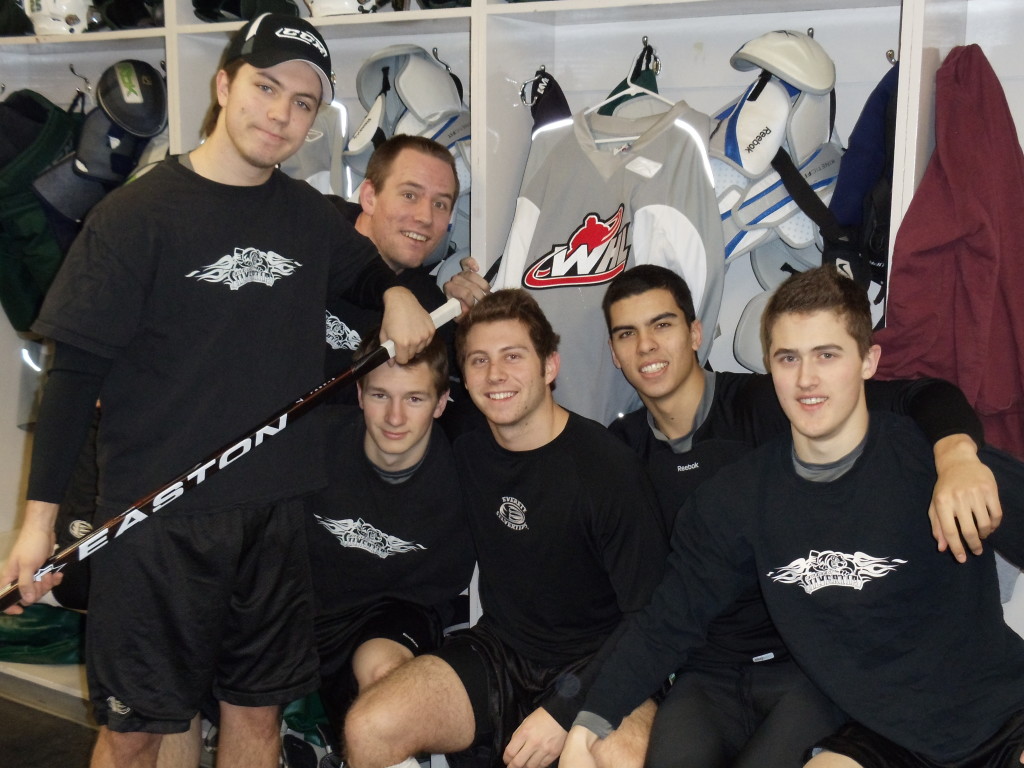 Well, it was a tough loss to swallow, that’s for sure.  Working hard and showing excellent resilience throughout the evening, the Silvertips gave up a game-tying goal with under 10 seconds to play and went on to lose in overtime 5-4 to the Saskatoon Blades.  While it was a near-silent bus back to the hotel and quiet team dinner, the team has to remain focused on the one final game to play on this season-long roadtrip – tomorrow night’s tilt at the Art Hauser Centre in Prince Albert.  Also, we should all step back and take a look at the larger picture – playing the #6 team in the CHL, on the road, in a difficult environment, 10 days into a roadtrip, against a goaltender that has only lost once this season, the Silvertips were deserving of a win and ended up with a point in what before 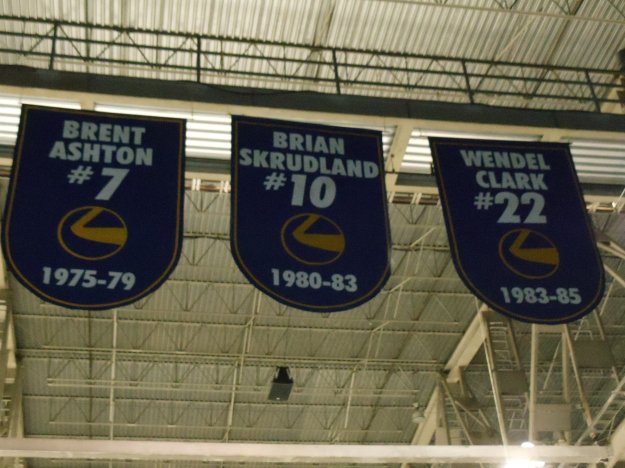 the roadtrip would certainly be seen as the most difficult game of the swing.

Tyler Maxwell’s first period goal will be changed to Scott MacDonald.  It was very difficult to call – I thought Maxwell had scored it; my color commentator Zoran Rajcic was very confident in calling MacDonald when both swiped for the puck at the exact same time.  Whatever glasses Zoran was wearing, give me a pair of those – to be able to see the puck come off a stick that was just centimeters away from the other stick from a distance of 100 yards is remarkable when even the referee had awarded the goal to Maxwell.  Good work, Zoran.

In addition to taking the awful blows to the head of defenseless players out of hockey, how about taking the awful, home town shots on goal operators out of hockey?  This shouldn’t bother me, but it does, and tonight’s final display, which read 47-20 in favor of Saskatoon, was flawed.  The end tally should have probably been by my estimation about 38-29 in favor of the Blades.  If someone in that building actually thought that the Blades outshot the Silvertips by 27, I’ve got some terrific oceanside property on Jupiter I’d like to sell them.

The Blades are a terrific young team, and much credit has to be given to their young defensive corps, including the versatile and draft eligible Duncan Siemens and one of the top defensemen in Junior Hockey, Stefan Elliott.  The rangy Marek Viedensky worked up front well with Curtis Hamilton, who, as the son of Bruce Hamilton, President and General Manager of the Kelowna Rockets, was born in Tacoma.  Remember the Tacoma Rockets?  Comcast TV play by play broadcaster Adam Gordon, a wealth of WHL knowledge and Comcast Arena Press Box class act, was the Rockets’ radio guy.

Today was the coldest day of the trip.  The temperature never raised above 0 degrees Fahrenheit, and by the time we got back on the bus to head back to the hotel, it was snowing and a rather brisk -7.  Following the morning skate, Z, who has been doing an excellent job driving the bus through some slick roads, willed the bus up the snowy ramp from the Credit Union Centre loading dock to the parking lot, inching the coach in reverse for the 50 or so slanted yards it took the bus to reach safety.  By the time the bus reached the top of the ramp, the guys started cheering and chanting Z’s name – Z! Z! Z! Z!

This game was broadcast on SHAW TV through western Canada, and it was great to reconnect with several former WHL broadcasters who are now part of the league’s television broadcasts.  Joey Kenward, the Voice of the Vancouver Giants during their WHL Championship and Memorial Cup Championship, is a studio host and ice-level reporter for SHAW, and when not doing television is a studio host and play by play broadcaster for the Vancouver Canucks.  He was the Giants’ broadcaster during the more volatile days of the ‘Tips-Giants rivalry, and remains a class act representing the WHL and the Vancouver Canucks.  It’s always great to follow up with Joey in the several televised games the ‘Tips take part in each year.  It was also fantastic to check in with Kirk Fraser, who is in his first year with SHAW TV after spending over 10 years as the play by play voice of the Kamloops Blazers, in which he endeared himself to Silvertips fans who received the WebTV package.  One of the most polished broadcasters in the WHL and always a pleasure to listen to, Fraser is one of the top interviewers in the league, a trait I made slightly more challenging when I erupted in celebration mid-conversation last year in Kamloops while we were recording an intermission chat that was overlapped by USA Hockey’s overtime-winning goal over Canada at the 2010 World Junior Championships, a game that also happened to take place at

Former Silvertip defenseman Curtis Kulchar attended the game, and it was also great to chat with him for a few minutes downstairs after the game’s conclusion.  Few ‘Tips made the type of impact Curtis did in his half a season with the team, not just from his solid, steady play on the back end, but also for the way he treated his teammates, prepared for each game, and represented the team in the community.  A well-raised and bright young man, Curtis is enjoying a freshman year for the University of Saskatchewan Huskies, where he joins a club that has had terrific Silvertips representation over the years in Jeff Harvey, David Reekie, Mike Wuchterl, Zach Sim and Jesse Zetariuk.

Ryan Murray said good bye to his teammates after dinner tonight – while the team is at breakfast in the morning, he’ll be boarding a plane to Toronto to try and earn a spot on the Canadian National Junior Team.  He’ll likely be on the same flight as Saskatoon Blade Curtis Hamilton, and I’m sure the two will have plenty to talk about after a wild and vastly entertaining game this evening.

It was a tough loss on Friday, but it’s over.  This team has to have a short memory if it wants to continue its strong play on this roadtrip, which concludes against a Prince Albert Raiders team that will be celebrating its 40th anniversary and wearing commemorative jerseys on Saturday night.  One game, one night, one chance to put an exclamation point on what to this point has been an effective swing.

QUOTE OF THE DAY
“Best of luck, Ryan.  You have as good of a chance of making that team as anyone there.”
-Silvertips Assistant Coach Chris Hartsburg to Ryan Murray, who at 17 years and three months will be the youngest player looking to earn a spot on Hockey Canada’s World Juniors squad.  Murray captained Canada to a gold medal at the Ivan Hlinka Memorial Tournament despite being the youngest player on his team.