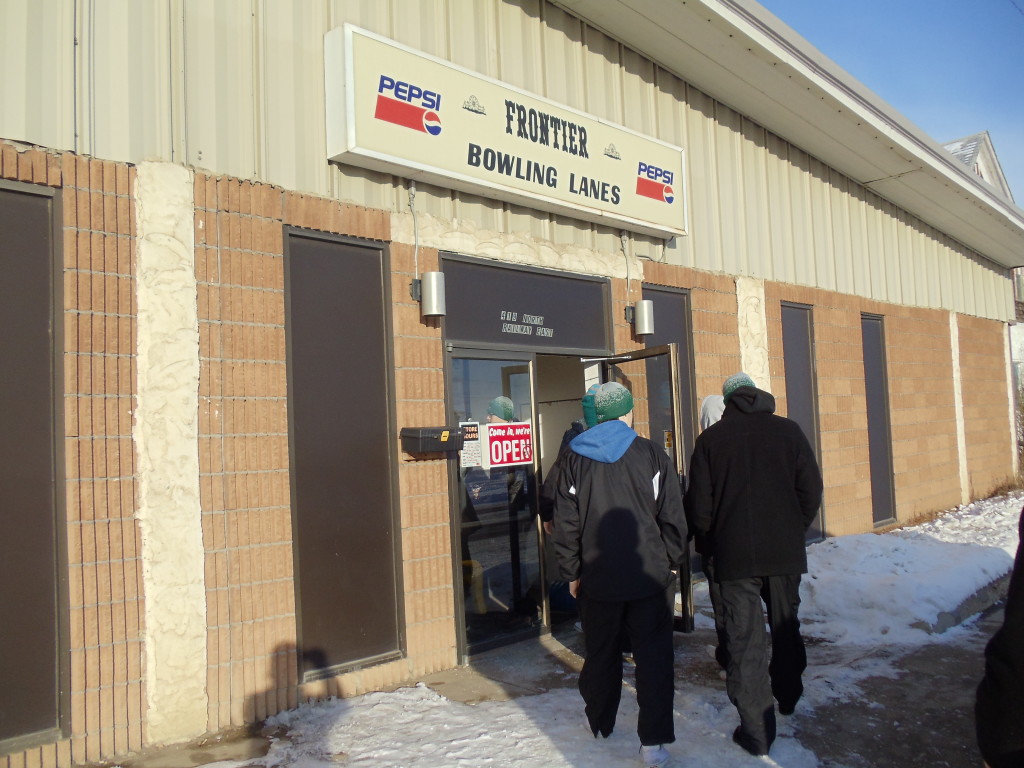 We stepped out into another chilly Saskatchewan morning when we made our way to Carol’s Diner at the opposite end of the parking lot for a well-needed hearty breakfast after a long day of travel yesterday.  It was a whopping three deg 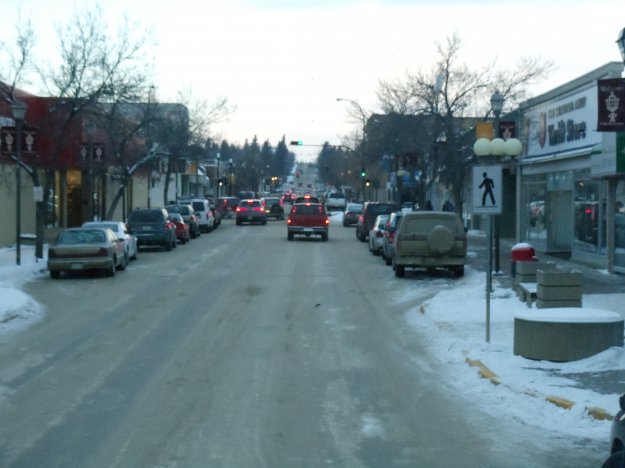 rees Fahrenheit when we headed outside, with the sun starting to poke through a wisp of clouds atop the spruce trees surrounding our hotel.  Breakfast consisted of pancakes, Canadian bacon, scrambled eggs, and plenty of coffee and orange juice, and there were hardly any leftovers.  We’ll also be starting our mornings at Carol’s on Friday and Saturday, which shouldn’t elicit too many complaints from the players or the staff.

Right before walking to breakfast, I asked the nice lady at the front desk for some Tylenol (she gave me acetaminophen), which led us into a discussion over Buckley’s cough syrup.  For those who haven’t spent much time in Canada, Buckley’s is an amazing healing wonder that has cured many sore throats, colds and coughs, and uses the wonderfully blunt slogan “It tastes awful.  But it works.”  The lady I was chatting with revealed that Buckley’s got her through the Grey Cup – the Saskatchewan Roughriders’ loss in the CFL championship game had made her physically ill, and only Buckley’s was able to sooth her jangled immune system.

The team went through a hard skate this morning at the Credit Union iPlex – after some up-tempo, full speed drills, they were skated pretty hard to the point that the players weren’t saying a whole lot when they left the ice.  Taking on Cody Eakin and a Swift Current team that has won four in a row tomorrow, the Silvertips should hopefully be well prepared and conditioned for the quick Broncos attack.

With the afternoon off, the team took part in a tradition that has seeped its way into the last several Eastern Conference roadtrips – competitive five pin bowling.  We were divided into six groups of four and played two games each, with Alex Theriau, Cody Fowlie, Manraj Hayer and Chad Suer emerging as the winners.  The key development in their surge ahead was Hayer’s turkey.  It was his three strikes late in the second game that erased any doubt that they would be the winners.  Also, Fowlie’s nickname is apparently “Jibbs” now, or some derivative of Jibbs – Jibbers, Jibbsie, or just Jibb.  If any fans wanted to make a “JIBBS” sign upon the team’s return, I know the guys would really get a kick out of that.

My teammates were Tyler Maxwell, Josh Winquist and Nick Walters, and despite a combined score of 509 in the first game, we were unable to hold on to the lead.  Don’t ask me how 5-pin bowling games are scored.

*I’m not sure how seriously these guys took game #2 after bowling a combined 352 in the first game.  In any case, they were a distant sixth behind the 5th place team.

After that, we traveled back to the hotel, which meant a couple hours of work uploading photos and videos to our website and various social networking sites.  We’re all slowly getting the hang of the new CHL-wide website system, and once we get deeper into the trip, there will be more opportunities for videos, photos, and other multimedia exchanges.  I look forward to getting back to the iPlex tomorrow and giving a video tour of the facility, which at 3,239 seats is one of the smaller buildings in the WHL.

Enjoy the game tomorrow – remember, it starts at 5:05 pm in Everett, with the Everett Bone & Joint Pre-Game Show beginning at 4:35 pm Pacific Time.

Thanks again for following the team while they’re away.  Go ‘Tips!

QUOTE OF THE DAY
“Aw, look at that beautiful view, boys.”
-White City, Saskatchewan native Ryan Murray, looking out the window of the bus and admiring the expansive prairie landscape, with a few rolling hills and a grain elevator