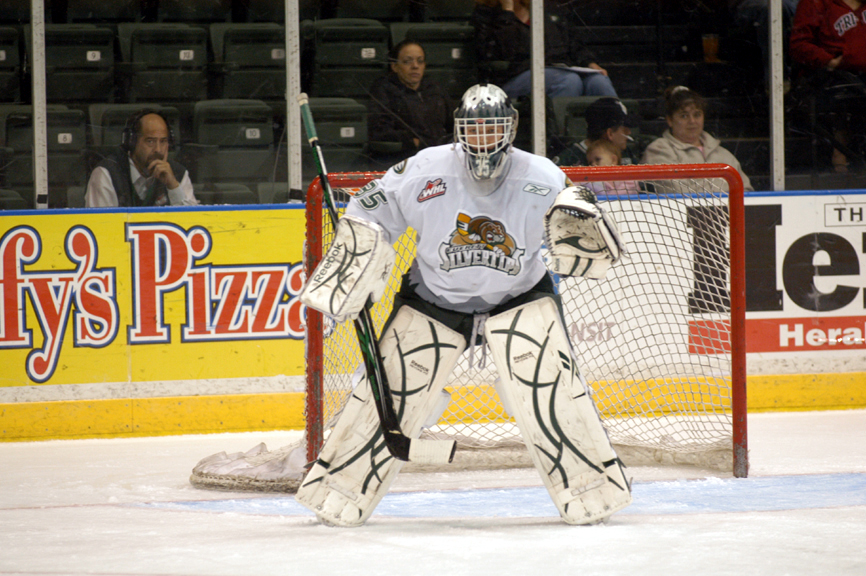 EVERETT, WA – Everett Silvertips Vice President/General Manager Doug Soetaert today announced that the club has acquired a pair of third-round WHL draft picks in 2012 and 2013 and forward Matt Grant from the Moose Jaw Warriors in exchange for goaltender Luke Siemens.

The deal helps Everett bolster its WHL draft status in each of the next two seasons, replenishing this year’s third-round pick that was sent to Red Deer in the Landon Ferraro trade and adding another third-round bantam pick in next year’s draft.

The Silvertips will also have the chance to add Grant, 17, who played 58 games for the Warriors as a WHL rookie last season.  He scored five goals and added four assists for a total of nine points while also collecting 26 penalty minutes in Moose Jaw.  The 6-2, 205-pound Ladysmith, British Columbia native started the season in Junior-A with the BCHL’s Cowichan Valley Capitals, where he has already contributed two goals and two assists in just five games.

Siemens, 18, appeared in 24 regular season games and four playoff contests with the Silvertips after joining the team in a trade with Chilliwack prior to the 2009-10 season.  The Delta, British Columbia native holds a record of 7-14-2-1 in his WHL career with a 3.01 goals-against average, a .916 saves percentage and two shutouts.  Siemens stopped 36 shots in a 3-2 shootout loss to Portland in his only action so far this season.

“Luke has worked extremely hard and been a big part of our hockey club for the last two years,” said Soetaert.  “We would like to thank him for his contributions here in Everett and wish him the best of luck in the future.”

The ‘Tips return to action this weekend as they open a four-game homestand Friday night against the Portland Winterhawks and then host the Kamloops Blazers Saturday at Comcast Arena.  Season tickets and mini game packages for the 2011-2012 regular season are available now and can be purchased in person at the team office inside at Comcast Arena or by phone at 425-252-5100. Single game tickets are on sale by phone (866-332-8449), online (comcastarenaeverett.com) or at the Comcast Arena box office.