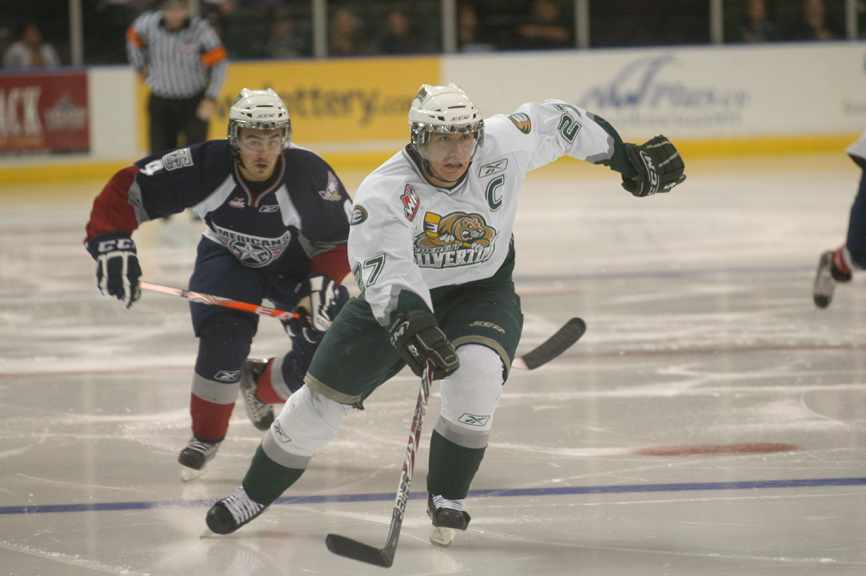 EVERETT, WA – The Everett Silvertips opened their 2011 WHL preseason schedule with a 5-2 loss to the Tri-City Americans in the Holiday Inn Preseason Classic Friday night at Comcast Arena.  The Silvertips will be right back on the ice tomorrow night in their second game of the tournament against the Spokane Chiefs at 7:00 pm.

Veteran forward Josh Birkholz and 19-year-old Jesse Mychan netted the two goals for the Silvertips, who were outshot 45-14 in the contest.  Everett finished 0 for 6 on the powerplay in its preseason opener, while Tri-City went 1 for 8.

Neither club lit the lamp in the opening frame, with both sides going 0-for-3 on the powerplay and the Americans jumping out to a 16-1 shot edge through one period.  Tri-City opened the scoring nearly halfway through the game at 7:22 of the second stanza on a shorthanded tally from Justin Feser.

The ‘Tips answered just over a minute later however when Birkholz sped in from center and powered his way to the front of the net before depositing the puck past Rimmer to tie the game.  Despite a 29-8 Americans shot advantage through 40 minutes, the score remained at 1-1 going into the third.

Tri-City re-gained the advantage at 4:44 of the last frame when Michal Plutnar’s shot from the right circle bounced off goaltender Austin Lotz and in to make it 2-1.  The Americans then took control with three goals in just under three minutes courtesy of Mitch Topping on the powerplay, Marcus Messier and finally Lucas Nickles to build a 5-1 edge.  Mychan narrowed the gap with a pretty breakaway goal at 17:16, but the ‘Tips would get no closer in the 5-2 defeat.

In goal, Luke Siemens looked solid in nearly 31 minutes of action for Everett, stopping 22 of the 23 shots he faced.  Austin Lotz then stepped in to make 18 saves on 22 shots in the final 29 minutes to take the loss.  Ty Rimmer stopped five of six shots in almost 31 minutes for Tri-City, while Eric Comrie got the win after allowing one goal on eight shots.

The eighth annual Silvertips’ Preseason Classic Tournament, presented by the Holiday Inn downtown Everett, continues Saturday afternoon with the Americans facing the Portland Winterhawks at 3:00 pm before the ‘Tips take the ice again at 7:00 pm against the Spokane Chiefs.  Single game tickets are on sale by phone (866-332-8449), online (comcastarenaeverett.com) or at the Comcast Arena box office.

The Silvertips are set to open the home schedule of their ninth season in Everett on Saturday, September 24 against the Kelowna Rockets at Comcast Arena.  Season tickets and mini game packages for the 2011-2012 regular season are on sale now and can be purchased in person at the team office inside Comcast Arena or by phone at 425-252-5100.