Silvertips Set to Pink the Rink on October 29th 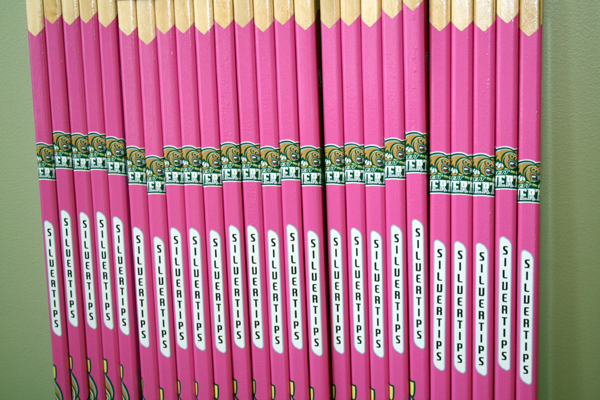 Well, I guess you can say that Silvertips forward Kyle Beach definitely played his game as advertised. The Kelowna, BC native showed fans his fantastic finish around the net and his hard nosed style of play that has made him a fan favorite in Everett. What a rookie season, 29 goals and 32 assists for 61 points. Add to that a +27 rating, 18 power play goals and 196 penalty minutes. All those impressive stats were very important because it helped him win the Jim Piggott Trophy as the 2006-2007 WHL Rookie of the Year. But that was last season. The 2007-2008 season, Kyle wants to build on what he accomplished last year and has some motivation along with his teammates to prove something to the WHL. Silvertips play-by-play man, Keith Gerhart catches up with Kyle Beach in the next Everett Silvertips Player Profile.

KG: Have you had a chance to reflect on winning the Jim Piggott Trophy as the 2006-2007 WHL Rookie of the Year?

Kyle Beach: After the disappointing end to the season I had a chance to look back at winning the award. It was a great moment for me but at the same time I played with great teammates that helped me win the award. Overall it was a great feeling to win the award but my teammates are a big part of it.

Kyle Beach: After the way we lost in the playoffs against Prince George, I want to play right now. I think we have something to prove as a team and I cannot wait to get started for the 2007-2008 season.

KG: What did you learn the most in your first full season in the WHL?

Kyle Beach: I learned that you have to play within the team system. If you try to play more individual, you do not have much success. But by playing within the team mindset you have a great chance to win hockey games every night.

KG: How do you feel about going to Team Canada’s Under-18 Selection Camp for the 2007 Under-18 World Cup?

Kyle Beach: I am very excited for the opportunity to try to make the Under-18 team. I am looking forward to it and my goal is to make the team. I also think it is great that Jordan Mistelbacher will be there as well. I was impressed of his play when he was playing with us in Everett and hope he makes the team as well. I know it will be a tough camp but I am definitely up for the challenge.

KG: What improvements do you want to make heading into the 2007-2008 season with the Silvertips?

Kyle Beach: Well I am still a skinny guy so I want to gain some weight a bit. I am working hard in the gym everyday to get stronger and well balanced. I want to continue on what I did from last season and do what I can to help the team.