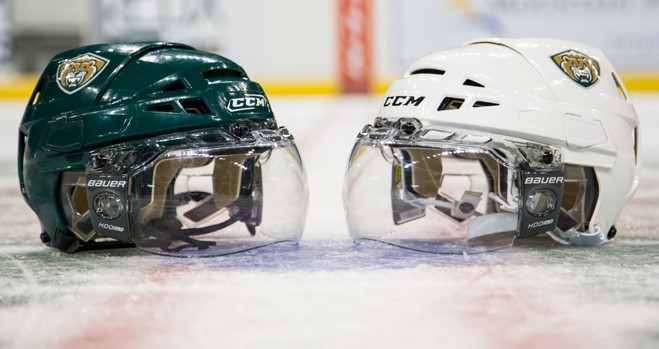 EVERETT – The Everett Silvertips of the Western Hockey League today announced that the club has parted ways with Head Coach Mark Ferner and Assistant Coach Chris Hartsburg, who have been relieved of their duties effective immediately.  General Manager Garry Davidson will take over as Head Coach on an interim basis, with Mitch Love continuing in his role as Assistant Coach.

“After taking a great deal of time over the last 11 months assessing and analyzing the direction of our organization, I’ve come to the decision that a change needed to be made,” said Davidson.  “It’s important for us to ensure that everyone in our organization operates under the same philosophy and shares the same vision of building a program that is among the WHL’s elite.”

“Mark Ferner and Chris Hartsburg deserve a great deal of respect and appreciation for all the hard work they have put in during their time with the Silvertips, and we would like to thank them both for their efforts.  Mark and Chris are good people and we wish them all the best going forward.”

The Silvertips will begin the search for the fifth head coach in franchise history in the offseason, with Davidson serving as interim coach through the remainder of the current season.  Love will remain in his current role as the lone assistant coach.  The franchise does not plan to add a second assistant coach at this time.

“In the short term our goals have not changed,” Davidson added.  “We will continue developing our young team and still plan to contend for a playoff spot.  When the offseason arrives, we’ll conduct an extensive search for the right candidate to become the next Head Coach of the Everett Silvertips.”

The Silvertips open a five-game homestand Friday night at Comcast Arena.  The ‘Tips host the Victoria Royals Friday at 7:35 pm before facing the Winterhawks again Saturday at 7:05 pm in downtown Everett.  The ‘Tips will also have visits from Tri-City, Seattle and Lethbridge during the home stretch over the next two weeks.