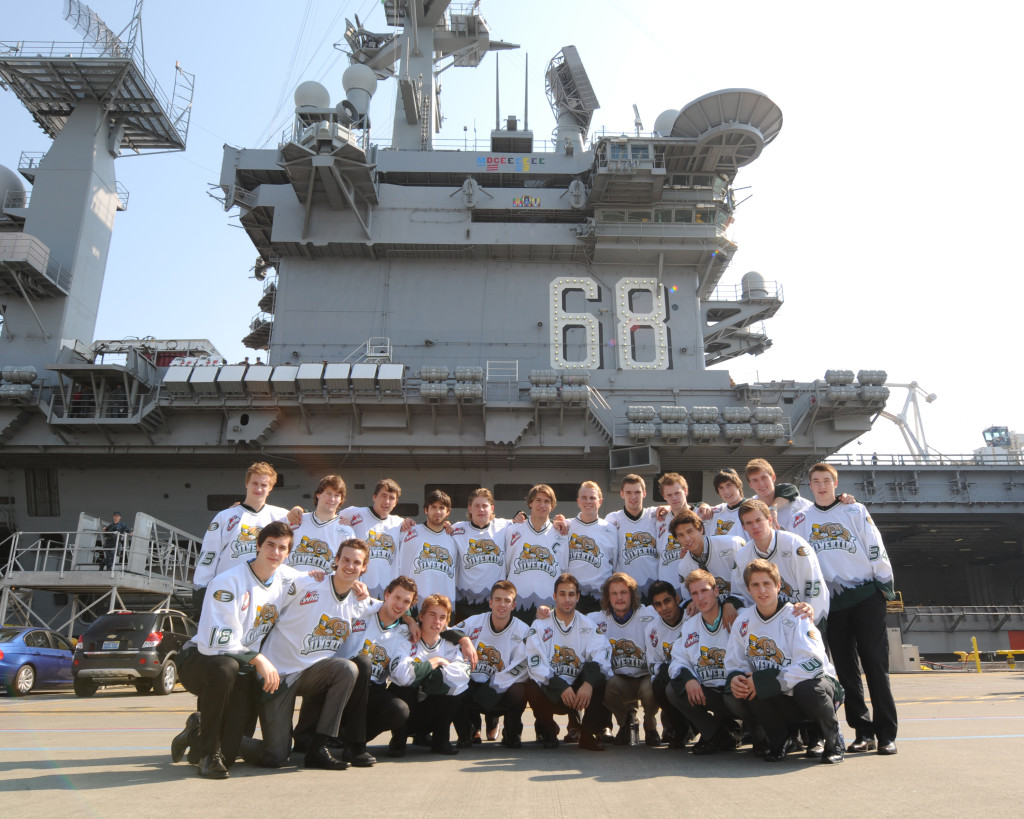 EVERETT – Players and staff from the Everett Silvertips enjoyed a rare treat on Tuesday afternoon, visiting Naval Station Everett for a private tour of the USS Nimitz aircraft carrier.  Everett has been the home port of the Nimitz (CVN 68) since March, when it arrived to replace the now-departed USS Abraham Lincoln.

CLICK HERE to view a photo gallery of the Silvertips’ visit.

The Silvertips were able to tour the flight deck, bridge, hangar bays, Captain’s cabin and many other areas of the nuclear-powered ship, which has been in service since 1972.  While hearing about life at sea on board a “floating city”, the players also found out that among the over 3,000 crew members on board the Nimitz, most are in their own age group: averaging just 21 years old.

Captain Jeff Ruth, the Nimitz’ Commanding Officer, personally greeted the team and spent time speaking to the ‘Tips.  Silvertips Head Coach Mark Ferner presented Captain Ruth with a special #68 “Nimitz” Silvertips jersey during the visit, and players also handed out Silvertips U.S. Navy t-shirts to many of the sailors they encountered.

The Silvertips would like to send our sincere thanks out to the men and women of the USS Nimitz for welcoming us and for the hard work, dedication and sacrifice they show every day as part of their service in the United States Navy.