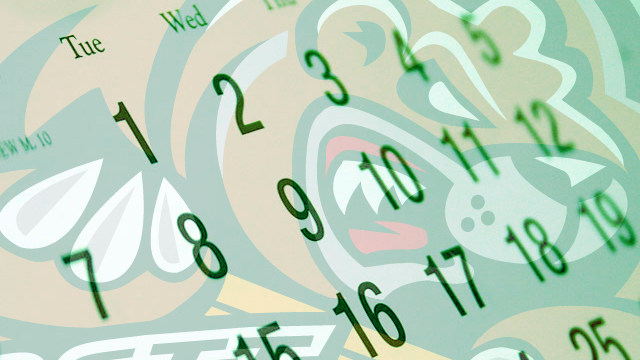 The Silvertips open the upcoming season with a pair of games in Prince George, BC, where they face the Cougars on Sep. 25 and 27 before venturing to Portland on Oct. 3.  The ‘Tips will then debut on home ice on Saturday, Oct. 10 vs. the division-rival Spokane Chiefs before hosting the Prince Albert Raiders the next day at XFINITY Arena in downtown Everett.

Of Everett’s 36 home dates during the upcoming season, 27 will be played on weekends or holidays.  Among those are 11 Friday night games and 11 Saturday night games (including all five home matchups with the rival Seattle Thunderbirds) in addition to four family-friendly Sunday afternoon contests starting at 4:05 pm.  The Silvertips are also pleased to announce a pair of 2:05 pm day games falling on holidays this season, with the Kelowna Rockets visiting Everett on New Year’s Day and the Saskatoon Blades calling on Martin Luther King Jr. Day (Jan. 18).

In addition to their 19 home games against U.S. Division rivals, the ‘Tips host 11 contests against B.C. Division clubs and clash with the six teams from the East Division at XFINITY Arena during the upcoming season.  The Silvertips’ longest homestands of the season include five separate occasions in which the club hosts four straight home games.  The 2015-16 regular season home finale is set for Friday, March 18 vs. Victoria before the teams finish the regular season together the next day on Vancouver Island.

Everett’s Central Division road swing is again split in half, with the ‘Tips venturing into Alberta in mid-November and returning in January.  The team plays four season-long road trips of four games apiece throughout the schedule as well.