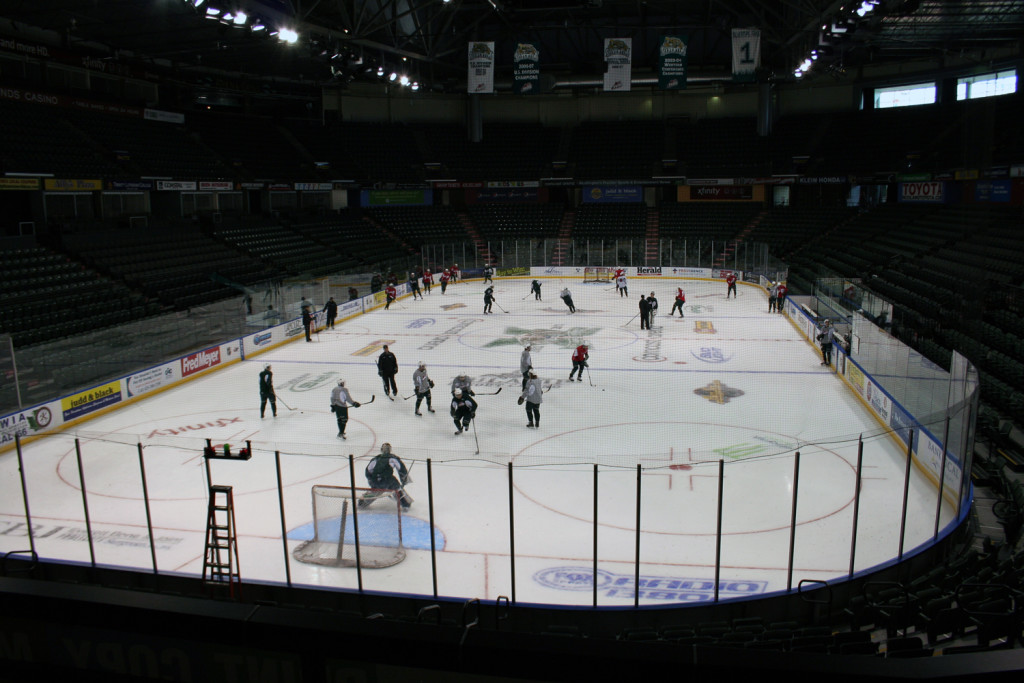 This year’s Holiday Inn Pre-Season Classic runs from Friday, August 31 to Sunday, September 2 at Comcast Arena.  The Silvertips will be in action each day during the tournament, facing the Tri-City Americans Friday, the Spokane Chiefs Saturday and the Portland Winterhawks Sunday to round out the action.  Two tournament games will be played each day between the five participating teams.  Afternoon games in the tournament will pit Portland vs. Seattle on Friday, Tri-City vs. Portland on Saturday and Spokane vs. Seattle on Sunday.


Preseason ticket packages for the entire tournament are on sale now and include the Silvertips’ final exhibition tuneup against Seattle on September 15 at Comcast Arena.  Packages are availaable for just $60 at the Silvertips office for all seven of these games, which is a savings of more than $20 off the single-game ticket price!  CLICK HERE or call 425-252-5100 for more information on preseason ticket packages.