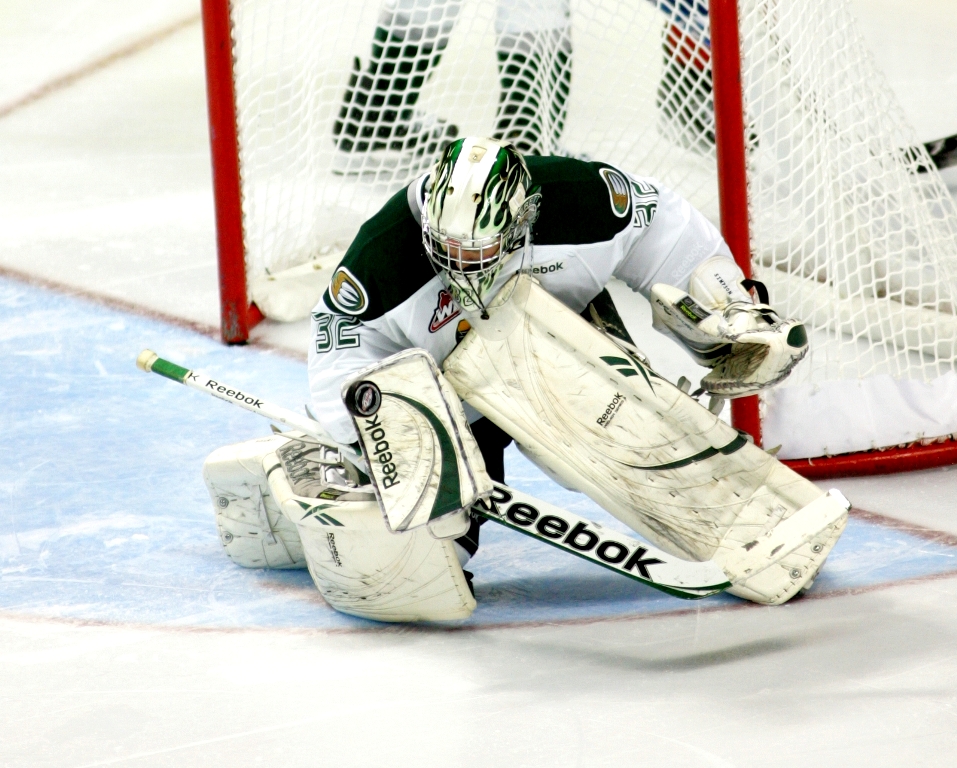 SPOKANE, WA – The Everett Silvertips held a 1-0 held for the majority of the night, but couldn’t pull out the victory as the Spokane

Chiefs came up with a 3-1 win Saturday night at Spokane Veterans Memorial Arena.  The ‘Tips will head home after their first regulation loss to a U.S. Division foe this season to face another divisional opponent in the Tri-City Americans tomorrow afternoon.

Kent Simpson had a shutout going for over 48 minutes Saturday before the Chiefs netted three third-period tallies to take the victory for themselves.  Josh Winquist tallied Everett’s lone goal on the powerplay on an assist from Ryan Murray.

Everett was outshot 13-6 in the first period, but Kent Simpson made a few key saves to keep Spokane off the board.  The Silvertips then took a 1-0 lead on the powerplay after Ryan Murray intercepted a Chiefs’ clearing attempt and fed a cross-ice pass to Josh Winquist, who buried his third goal of the season at 13:08.

Each team sent eight shots to the net in the second frame, but none found their way in as the ‘Tips carried the 1-0 lead into the third.  Spokane would score two goals in just over one minute midway through the third however, tying the score when Darren Kramer deposited a Brenden Kichton pass at 8:34.   The Chiefs went on top to stay just 1:07 later on a powerplay goal from Mitch Holmberg, who scored after a scramble in front of Simpson’s net.  Dominik Uher added another goal in the final minute to complete the scoring in a 3-1 Spokane victory.

The Silvertips will now return home to complete a three-game weekend Sunday afternoon at Comcast Arena with their first meeting of the year against the Tri-City Americans in another divisional battle at 5:05 pm.