Three ‘Tips to Participate in World U-17 Challenge 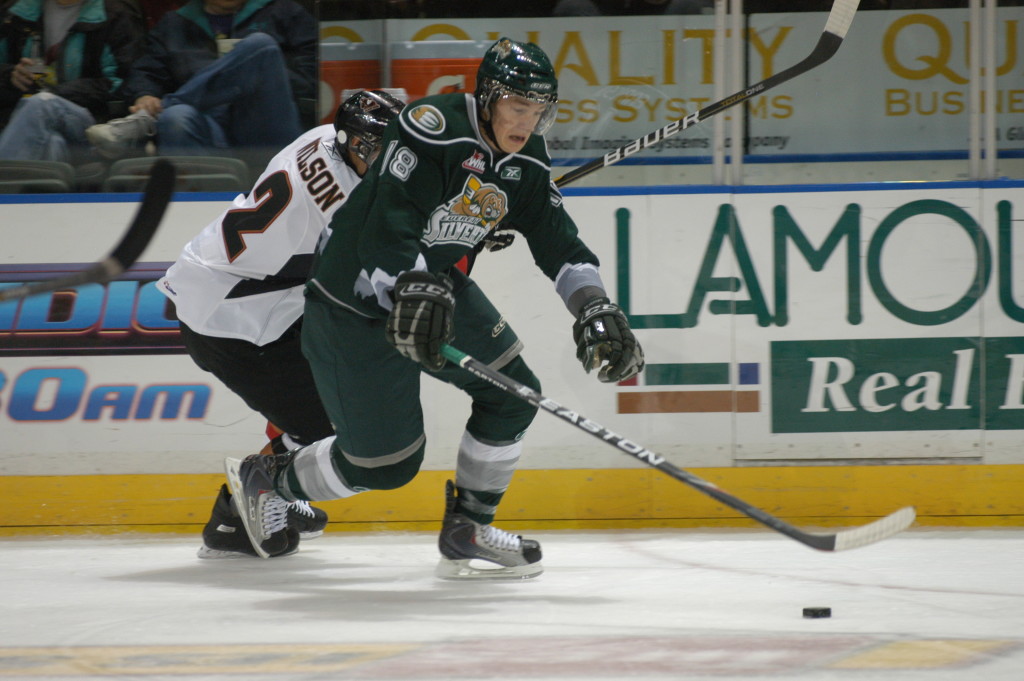 Forward Jari Erricson of Prince George, BC and defenseman Nick Walters of St. Albert, AB are members of Team Pacific, while goaltending prospect Andy Desautels of White City, SK is a member of Team West.

Desautels was selected in the fifth round (98th overall) in the 2009 WHL Bantam Draft.  Standing 6’3 and weighing 190 pounds, he has a record of 7-3-1 with a 3.05 goals against average and .900 save percentage for the Regina Pat Canadians of the SMAAAHL.  Desautels committed to the Everett Silvertips after signing a WHL Educational Contract in February.

It is the fourth consecutive season a Silvertips representative has appeared in the Under-17 Challenge, following appearances by Ryan Murray (West – 2010), Kent Simpson (Pacific – 2009), Kellan Tochkin (Pacific – 2008) and Paul Sohor (West – 2008).  Forward Landon Ferraro and defenseman Brennan Yadlowski also appeared at the 2008 Under-17 Challenge prior to joining the Silvertips.

The Silvertips return to Comcast Arena – Everett to host the Kamloops Blazers Friday night at 7:35 pm.  The month of November is rounded out with a three-game homestand, featuring games against the Seattle Thunderbirds (Friday, 11/26, 7:35 pm), Medicine Hat Tigers (Saturday, 11/27, 7:05 pm) and Kootenay Ice (Tuesday, 11/30, 7:05 pm).  For more information on the schedule and for the latest Silvertips news, please visit www.everettsilvertips.com.