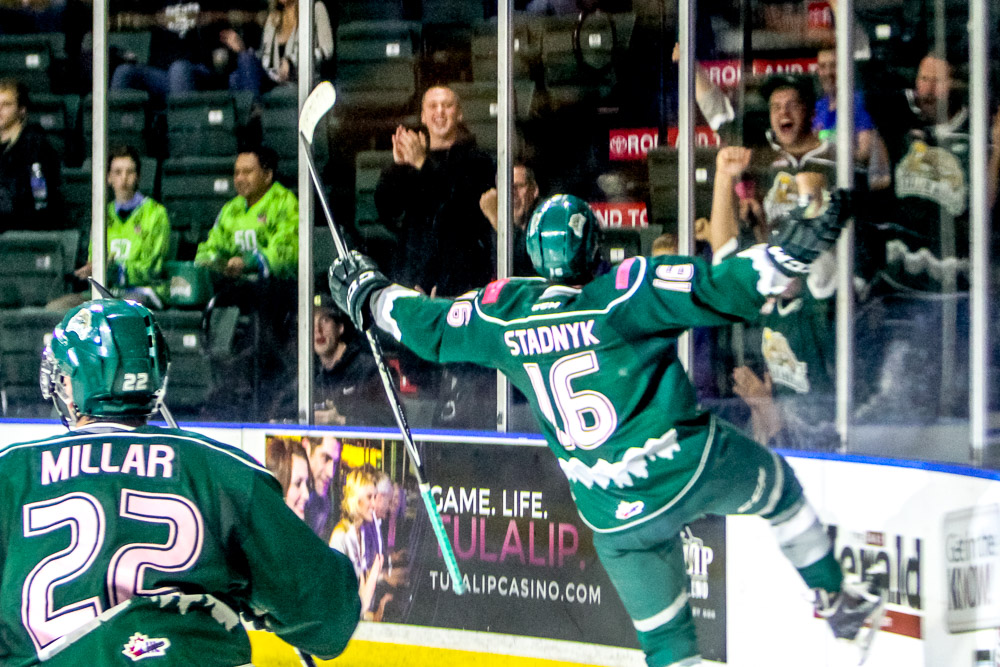 EVERETT – Team leading scorer Carson Stadnyk paved the way offensively with two goals and one assist on the night as the Everett Silvertips took down the Portland Winterhawks 6-2 Friday night at XFINITY Arena. The ‘Tips are now 3-0-1-0 against the ‘Hawks this season and 4-0-2-0 overall. Tonight’s game also marks the team’s first victory on home ice this year after losing twice in overtime.

Carson Stadnyk scored twice and added an assist giving him 10 points (5g, 5a) on the season. Nikita Scherbak registered a goal and two assists while Ivan Nikolishin scored his first of the season and added two assists. Kohl Bauml picked up a goal and assist with defenseman Ben Betker netted his first of the year. Helping put the plays in motion were Remi Laurencelle, Noah Juulsen and Kevin Davis (2a) who each picked up assists.

After failing to convert on two power-play opportunities in the first, Everett eventually opened up scoring to take a 1-0 lead. Ivan Nikolishin carried the puck out front until he found a clear path and rifled an odd angle shot to the back of the net. Portland tied the game late in the period after Chase De Leo wrapped around the net and found Oliver Bjorkstrand for the ‘Hawks first of the game. The Silvertips doubled Portland’s shots with a 14-7 advantage after the first 20 minutes.

Everett regained the lead with an early goal to start the second. Nikita Scherbak tracked the puck out of the air and spun around as he released a low shot under the pads of goaltender Brendan Burke. The ‘Tips extended their lead after Carson Stadnyk jammed in the puck at the side of the net for a power-play goal. Portland got one back when Nic Petan’s shot was deflected off a stick in front and over the shoulder of Goaltender Austin Lotz. Everett didn’t take their foot off the gas and after a nice feed from Remi Laurencelle to Ben Betker the ‘Tips found themselves back in front by two goals. Shots were 26-14 for the Silvertips after two as they held a 4-2 lead heading into the final frame. 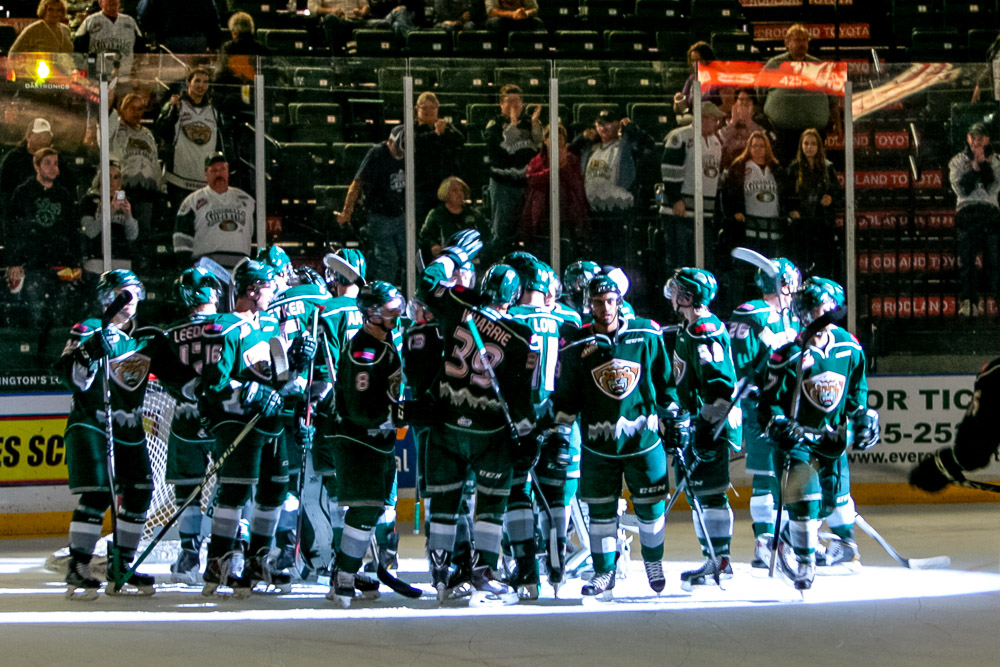 Carson Stadnyk picked up his own rebound and put in his second of the night to give Everett a 5-2 advantage just minutes into the third period. The ‘Tips killed off a penalty midway through the frame to prevent the ‘Hawks from closing the gap and gain any momentum. Everett ran away with the lead after Kohl Bauml scored to put the Silvertips up 6-2 with minutes left in the period. The buzzer sounded to end the game for a Silvertips victory and a 40-25 edge in shots through 60 minutes of play.

Goaltender Austin Lotz (3-0-1-0) stopped 23 of 25 for the Silvertips while Portland goaltender Brendan Burke (1-4-0-1) turned away 34 of 40 in 60 minutes of play. Everett went 1 for 6 on the power-play and denied the Winterhawks a goal on two power-play attempts.

The Silvertips are back in action with the first game of a three-game road trip Saturday night against the Kamloops Blazers.  Opening puck drop is set for 7:00 pm with pregame coverage starting at 6:30 on Fox Sports 1380.