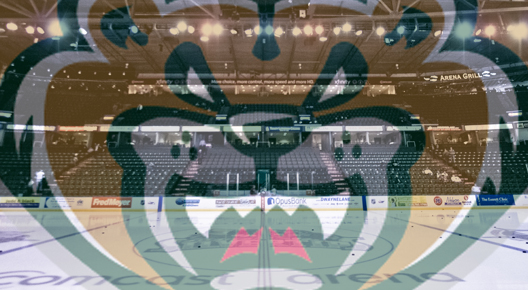 EVERETT – The Everett Silvertips officially announced the addition of new Host Family Coordinator Lisa Rody and the return of Education Coordinator Darren Parsons to the club for the 2012-2013 WHL season on Tuesday.  Rody and Parsons will work closely with the Silvertips’ Hockey Operations staff to ensure the best possible living conditions and educational opportunities are available for Silvertips players this season.

Lisa takes over Host Family Coordinator duties from Pat Jones, who had served in that post since the Silvertips’ inaugural 2003-04 season before stepping down over the summer.  Rody will now be responsible for recruiting new host families (also commonly known as “billet” families), matching players with their billets and managing relationships between players, families and the team.

Lisa is a Snohomish County native whose family has billeted Silvertips players at their Lake Stevens home since 2004.  Her husband, Vaughan, has been a linesman in the NHL for the past 13 years following a 10-year WHL officiating career.  Along with their two sons, Lisa and Vaughan have hosted numerous past players like Torrie Wheat, Taylor Ellington and Dan Gendur and are currently hosting center Kohl Bauml and defenseman Austin Adam.

Darren returns for his second year with the Silvertips after replacing longtime Education Coordinator Sam Calles, who worked with the club for eight seasons.  He works closely with Everett’s school-aged players, their parents, Everett High School and the Silvertips coaching staff to ensure that all players have the opportunity to succeed academically while fulfilling their responsibilities to the team.  He also helps coordinate online collegiate courses for both high school and college-aged players.

Originally from Prince Albert, Saskatchewan, Darren played in the WHL from 1986 to 1989 with the Regina Pats and Brandon Wheat Kings.  He currently resides with his wife and son in Lake Stevens, where he teaches sixth and seventh grade Language Arts and study skills at Lake Stevens Middle School.

Silvertips training camp opens on Thursday with the first on-ice practices and scrimmages, all of which are free and open to the public at the Comcast Community Ice Rink.  CLICK HERE for our 2012 training camp schedule.

Single-game tickets for all regular season Silvertips home games go on sale Wednesday at 10:00 am by phone (866-332-8499) or online (CLICK HERE) and at noon at the main Comcast Arena box office.  For more information call 425-252-5100, “like” the Everett Silvertips Hockey Club on Facebook or follow @WHLSilvertips on Twitter.