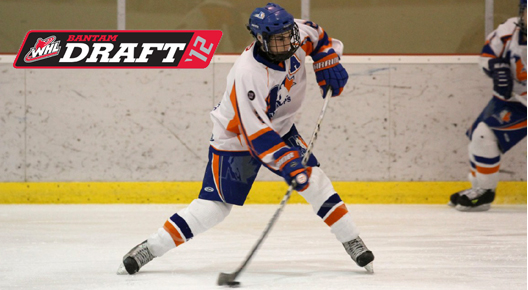 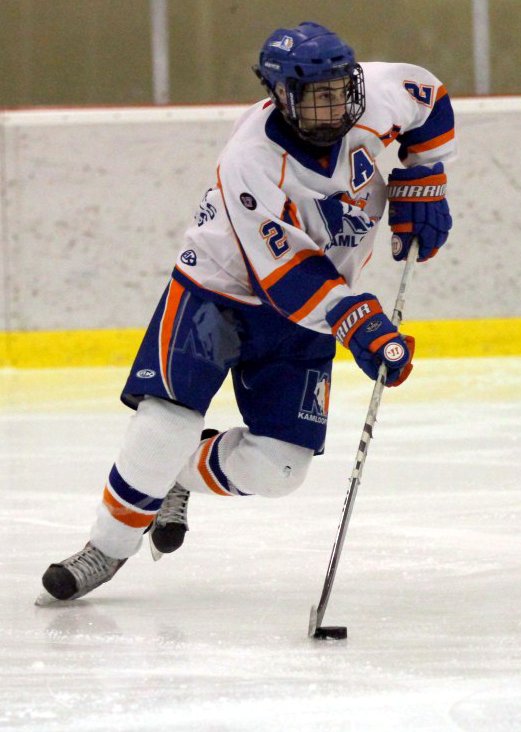 Kamloops, British Columbia.  The Silvertips acquired the 11th overall pick along with BCHL forward Jujhar Khaira and another third-round pick (#57) in a draft-day trade with the Prince George Cougars.  In exchange Everett surrendered the seventh overall selection and forward Jari Erricson.

Davis, a 6-0, 150-pound defenseman, spent this past season with the Kamloops Jardine Bantam Blazers.  He scored 15 goals and added 31 assists for a total of 46 points from the blueline in 49 games in 2011-12.  In five games during the Kamloops International Bantam Ice Hockey Tournament, Davis scored three goals and totaled four points on his way to being named a tournament All-Star.

“Kevin skates and moves the puck very well, and his game sense is off the charts,” Silvertips Head Scout Bil La Forge said of Davis.  “He’s a solid all-around defenseman who can play the powerplay, the penalty kill and eat up a ton of minutes.  He is a player we identified early on as someone we believe can be a top-pairing defenseman for the Everett Silvertips.”

Khaira, 17, played last season with the Prince George Spruce Kings of the Junior-A British Columbia Hockey League.  In 54 BCHL games last season, the Surrey, British Columbia native scored 29 goals and assisted on 50 others.  His 79 points ranked second on the club and tenth in the entire BCHL.  Measuring in at 6-3 and 195 pounds, Khaira is ranked 74th among all North Americans skaters by NHL Central Scouting ahead of this year’s NHL Entry Draft.

Erricson recently completed his 17-year-old season and second with the Silvertips.  The Prince George, BC native leaves Everett after playing in 129 games over the past two years.  He recorded 33 points (13g/20a), 85 penalty minutes and a -9 rating in that time.

The Silvertips will continue the draft with three choices in the third round (#57, #59 and #66) and one early in the fourth (#70), giving them four selections in a span of 13 picks during that stretch.  Everett will then hold one pick in each round from sixth through tenth.  Players eligible for the 2012 WHL Bantam Draft are 1997-born players who reside in Alberta, British Columbia, Manitoba, Saskatchewan, Northwest Territories, Yukon, Alaska, Arizona, California, Colorado, Hawaii, Idaho, Kansas, Minnesota, Montana, Nebraska, Nevada, New Mexico, North Dakota, Oklahoma, Oregon, South Dakota, Texas, Utah, Washington and Wyoming.  The order of selection for the first round of the draft is determined through a weighted lottery consisting of the six non-playoff teams. The draft order is based on the inverse overall standings from the regular season.

For continuing coverage of all Silvertips selections throughout the entirety of today’s draft, check back frequently here at everettsilvertips.com or follow @WHLSilvertips on Twitter.