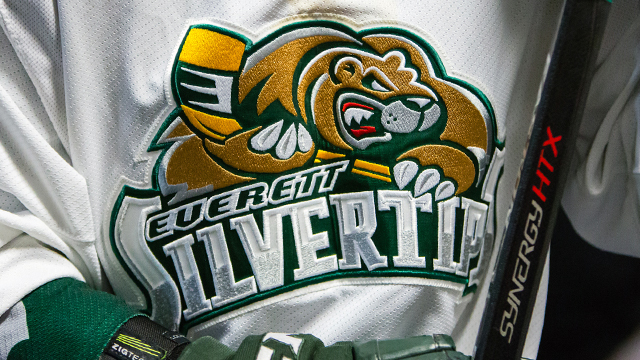 EVERETT – The Everett Silvertips of the Western Hockey League selected a pair of 1998-born Russian prospects in the 2015 CHL Import Draft Tuesday morning, using the 55th pick in the first round to select defenseman Alexander Scherbakov of Moscow and taking forward Yan Khomenko of St. Petersburg in the second round.

“We’re excited about the two young men we’ve added to our organization today,” said Silvertips General Manager Garry Davidson.  “Both are promising young players who we believe will have the ability to develop into solid contributors here in Everett.  Alexander is a skilled defenseman with good offensive upside and a great shot, and Yan is a tall winger with good hands and vision who also has an exciting offensive element to his game.”

Khomenko, 17, is a left winger measuring in at 6-foot-1 and 175 pounds who played for the Dynamo Moscow Under-17 team last season.  He scored 20 goals in just 33 games with Dynamo, finishing the season with 30 points and 14 penalty minutes.  Khomenko was also selected in the third round (62nd overall) of the 2015 KHL Draft by Ak Bars Kazan and will be eligible for the 2016 NHL Draft.  Originally from Novosibirsk, Russia, his hometown is now listed at St. Petersburg.