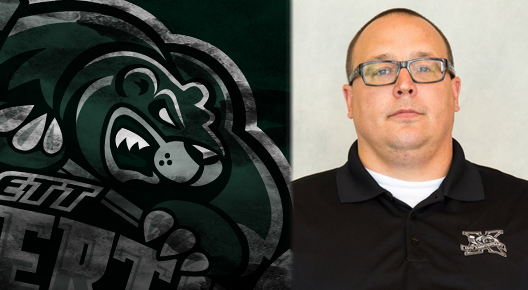 EVERETT – The Everett Silvertips today announced a three-year contract extension for Head Scout Bil La Forge, who has also received a new title as Everett’s Director of Player Personnel.  The deal keeps La Forge at the head of Everett’s scouting staff through at least the 2016-17 WHL season.

“Bil and I have developed a strong rapport and working relationship over the past few seasons,” said Silvertips General Manager Garry Davidson.  “He is very well networked around the WHL and throughout the entire hockey world.  Bil has a tremendous amount of passion for the game, a good eye for players and an understanding of what we’re trying to do in our organization.  I’m also a big believer in continuity, and keeping people together here in Everett gives our organization a much better chance for success in the long run.”

La Forge, 40, joined Everett’s scouting staff in 2008 and was promoted to Head Scout prior to the 2011-12 season.  The Edmonton, Alberta native has spent the past 14 seasons scouting for WHL teams, working previously for the Tri-City Americans and Lethbridge Hurricanes as well as the Manitoba Moose of the American Hockey League.  La Forge manages the Silvertips’ scouting staff and works closely with Davidson to steward the club’s 50-player protected list, spending much of his time traveling throughout Western Canada and the United States to evaluate players.

“We’ve taken great steps over the past number of seasons and I look forward to continuing to work toward our ultimate goal of winning the Memorial Cup,” La Forge said.  “Our list is in great shape right now with some exciting young prospects that I’m confident will make a difference for the Silvertips.  We’ve got a tremendous scouting team with a good mix of experienced guys and young, eager guys.  I’m excited about the chance Garry and Zoran (Rajcic) have given me to continue in this role and feel very fortunate to have the support of my wife and kids to allow me to follow my passion.”

La Forge, who played in the OHL, AJHL and CIS during his own career, also serves as Director of Mount Carmel Hockey Academy in Edmonton.  He has an extensive coaching resume in minor hockey, winning multiple championships at the bantam level in addition to spending 12 years as a junior high school teacher.

Visit everettsilvertips.com throughout the offseason for news and updates on our summer appearances, the CHL Import Draft, our summer Street Hockey Tournament and much more.  For more information, call the team office at 425-252-5100, “like” the Everett Silvertips Hockey Club on Facebook or follow @WHLSilvertips on Twitter.