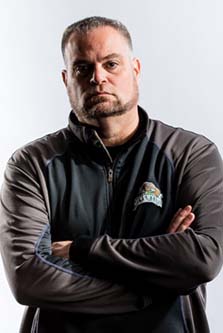 Dan joined the Silvertips ticketing department as an Account Executive in September 2011, but has been involved with the team from the beginning as a season ticket holder and radio host.  He was promoted to Manager of Game Operations & Events in August 2014 and then to his current role as Director of Operations in September 2016.

Prior to joining the Silvertips front office, Dan spent time with KRKO 1380 AM radio and Comcast On-Demand broadcasting Tips games and hosting the “After the Game Show”.  Dan is a veteran of the U.S. Army, where he served as a Ranger Medic and Flight Nurse in the 101st Airborne Division.  His studies took him to Western Kentucky University for Nursing, the University of Kentucky for Business Administration and Washington State University for Communications.

In his free time, Dan plays in the Greater Seattle Hockey League and has been a fan of WHL hockey for 25 years.  He also enjoys playing golf and softball.